(RNS) The organization representing Catholic hospitals across the country says it no longer objects to the Obama administration’s mandate that all employees receive free birth control coverage.

The decision by the Catholic Health Association puts the hospitals at odds with the Catholic hierarchy, which last week rejected the White House’s final regulations on an issue that many church conservatives view as evidence of the administration’s hostility to Catholicism and religious freedom. 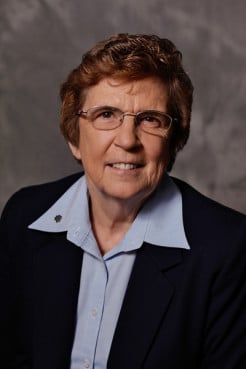 Sister Carol Keehan, head of the CHA, disagreed. “If you look at the final regulations it is very clear that we do not have to contract for, or pay for, or arrange for” contraception coverage, Keehan said in an interview on Tuesday (July 9).

“It was really important that this be workable from a legal and theological perspective,” she added. “That’s what we believe we have achieved.”

Despite the difference of opinion, church sources said the CHA decision — which was outlined in a four-page memo sent late Monday (July 9) to more than 600 member hospitals and medical facilities — was not likely to create a new split between the CHA and the bishops.

The Department of Health and Human Services last year announced that as part of the health care reform law it was proposing regulations that would require nonprofit and for-profit employers to include free contraception coverage in its employee health insurance plans.

The original HHS regulations included a limited exemption for religious organizations that object to birth control on moral grounds. The policy would also cover sterilization and morning-after pills that some say act as abortifacients.

But many religious groups, led by the U.S. Conference of Catholic Bishops, denounced the exemptions as too narrow and a serious infringement on religious freedom. The administration modified the regulations at various points after negotiations with the bishops, the CHA and others affected by the mandate.

While Catholic organizations like the CHA generally saw the negotiations as productive and saw a solution within reach, the bishops — joined by a growing number of evangelical and conservative groups — were unconvinced. During last fall’s presidential campaign they cited the HHS mandate as a major reason not to re-elect President Obama. The bishops have continued to protest, most recently in the Fortnight for Freedom campaign that concluded on July 4.

But in the wake of Obama’s re-election the main focus of opposition to the mandate has shifted to the courts. More than 60 lawsuits have been filed by Catholic institutions and other primarily Christian groups and Christian-owned businesses who argue that the mandate will unfairly subject them to huge fines and could force them to close.

On June 28, HHS issued final regulations for the birth control policy. Those regulations significantly expanded the exemption for religious organizations and stated that any other faith-based nonprofit that objected to the policy would not have to include the contraception rider in its health insurance plans. Instead, the employer’s insurance company would separately arrange for the rider with the employee and would cover any costs, which were expected to be negligible. On July 3, Cardinal Timothy Dolan of New York, president of the USCCB, issued a statement saying that a “first analysis” of the final regulations indicated that none of the bishops’ objections had been addressed. He said the exemption for religious employers was still too narrow and the accommodation that allows religious employers to avoid contracting or paying for birth control coverage was not adequate. He added that Catholic-owned businesses that object to contraception should also be exempt — a demand the HHS has rejected.

By contrast, the CHA said the first two problems Dolan cited had been resolved. News of the memo was first reported by the National Catholic Reporter.

Keehan said that the third concern, regarding private business owners paying for birth control coverage, did not fall under her jurisdiction:

“We have said from the start that our issue was much narrower than the issues the bishops were working on,” Keehan said. “Our contribution to solving the problem was to deal with religious organizations.”

As the largest private health care provider in the nation  — about 1 in 6 patients in the U.S. are treated by Catholic hospitals —  the CHA is a critical player in health care issues.

While the CHA and the USCCB clearly diverged on their interpretation of the final regulations, the measured tones of the respective statements indicated that neither side wants to repeat the falling out that occurred over the 2009 passage of the health care reform law, which the CHA supported and the hierarchy vigorously opposed.

In issuing its final rules last month, the administration extended the “safe harbor” for those objecting to the contraception mandate until January 2014. Observers say the lawsuits against the mandate are likely to have been adjudicated by the U.S. Supreme Court by then.