(RNS) — Is calling someone a “pagan” a bad thing or a badge of honor? Do we even know what the term means?

Those questions were prompted by a recent speech by Philadelphia Archbishop Charles Chaput in which he lamented the decline of faith and morals in the modern world. “Even many self-described Christians,” he declared, “are in fact pagan.”

And it doesn’t sound like he meant that as a compliment.

In an email, Chaput declined to elaborate on what he meant by that line, which came near the end of a 3,000-word address delivered in June to an international association of Catholic leaders meeting in Spain. The archbishop said “the words and the context of the words speak for themselves. It is all quite obvious.” 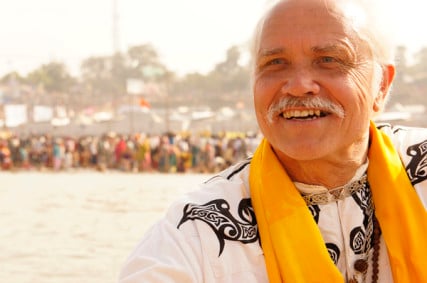 Others, however, aren’t so sure his message is clear given the many meanings of “pagan.”

“It’s kind of a sliding word,” said the Rev. Patrick McCollum, a leading practitioner of pagan religion and a peace activist who promotes religious pluralism.

In its original context in the ancient world, pagan simply meant a “country dweller” and was only mildly derogatory — like “hick” or “redneck,” said McCollum, who lives near San Francisco. A pagan may have been viewed as uncultured, but there was no particular moral or spiritual opprobrium attached to the label.

Yet as the Abrahamic religions, particularly Christianity, began to spread, “pagan” took on negative connotations as the antithesis of the “true faith” of the monotheists. Pagans were polytheists who believed in various gods and held to questionable moral codes. Buddhists and Hindus and everyone else who were not Christians were labeled as pagans and thus doomed in the afterlife.

Decades ago, Catholic school kids collected money for “pagan babies” — funds that were sent to missionaries in places like Africa to minister to non-Christian children, and perhaps save their souls. (The term was retired long ago, and isn’t coming back — though it did have a brief resurrection as the name of a West Coast band.)

Eventually, a “pagan” turned into something far more problematic — someone “who has little or no religion and who delights in sensual pleasures and material goods,” as the Merriam-Webster dictionary puts it. “An irreligious or hedonistic person.” It was perhaps no coincidence that when an outlaw motorcycle gang in suburban Washington was looking for a fearsome name, they settled on the Pagans.

Pagans were seen as anti-religious, dangerous people who would lure believers into atheism or even occult practices. But that’s not the case any longer, if it ever was, say contemporary pagans like McCollum.

“What pagan has come to mean in modern times is people who are more attentive to our connection to the Earth, the world we live in, and our interconnectedness with everything in it,” he said. There are even Christo-Pagans who believe in Jesus and don’t think Christianity and pagan beliefs are mutually exclusive. 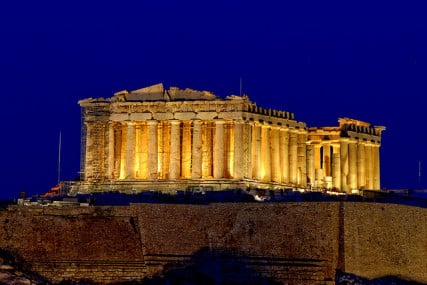 The Parthenon photo courtesy Konstantinos Dafalias via Flickr The Parthenon is a famous Greek temple to the goddess Athena.

Above all, pagans insist that even if they are not Christians, they nonetheless have strong religious and moral convictions about caring for others and the Earth. They are not, they insist, anti-religious libertines looking to corrupt your soul.

“Except in the rarest instances, I never meet nonspiritual, nonbelieving pagans,” McCollum said.

As far back as the 1950s, Christian apologist C.S. Lewis, an icon to many evangelicals today, was extolling pagans as having more in common with traditional Christians than with “post-Christians” who are indifferent about faith.

Since then, pagans have also benefited from a number of other trends.

One is that Christian churches, including some Catholics and evangelicals, have developed a theology that promotes a reverence for the Earth and a spiritual rationale for protecting the environment. That provides important common ground for dialogue and action with pagans.

Paganism is also becoming decidedly mainstream. The 2008 American Religious Identification Survey showed dramatic growth among the various communities that come under the pagan umbrella, such as Wiccans and Druids. Those who identified specifically as pagans went from 140,000 in 2001 to 340,000 in 2008.

In addition, the U.S. military in 2007 approved the pagan pentacle as a religious symbol that veterans may request for their tombstones, and pagan groups are continuing to establish seminaries and clergy certification programs across the country.

None of this means, however, that the word pagan can’t be deployed as a critique, the way Chaput seems to have intended.

“In the common currency, words have a certain balance, they have a certain weight and the words that he’s using could broadly be taken as judgmental,” said Lawrence Cunningham, an emeritus professor of theology at the University of Notre Dame and a prolific Catholic writer.

“Here’s a little test you could use,” Cunningham told Philadelphia’s NBC affiliate, which produced a detailed story on the archbishop’s speech. “Would Pope Francis use that language? My inclination is to think that he probably wouldn’t.”