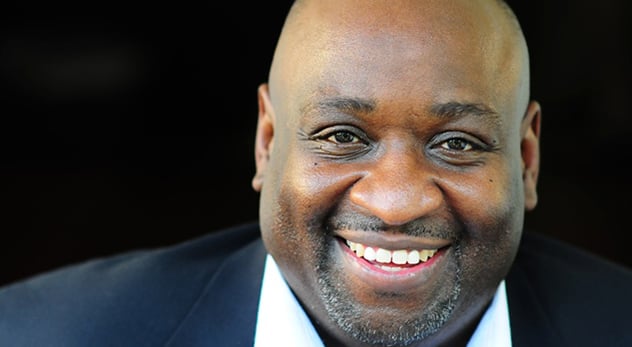 Leroy Barber, author and Executive Director of Word Made Flesh, reacts to the Zimmerman verdict.

Reactions to the George Zimmerman “not guilty” verdict from American Christians have been as diverse as the community itself.

Some Christian pastors used their pulpits on Sunday to express outrage, including T.D. Jakes who expressed his shock over the verdict. Pastor Greg Surratt concluded, “Our justice system worked,” Charisma Magazine urged Christians to pray, and Anthea Butler of Religion Dispatches lamented, “God ain’t good all the time. In fact, sometimes God is not for us.”

I especially resonated with the approach taken by LifeWay’s Ed Stetzer who posted a series of interviews, including two from minority leaders, on “Privilege, Blame, and Injustice.” This is a time where Christians–particularly conservative white ones–need to listen. We need to listen to our brothers and sisters who have been affected by racial injustice and seek to understand why they have been so deeply impacted by the Zimmerman trial.

That’s why I decided to chat with Leroy Barber, Global Executive Director of Word Made Flesh, an international organization that works among the most vulnerable of the world’s poor. He is the author of several books, including the forthcoming Red, Yellow, Black, and White: Who’s More Precious in His Sight? Leroy is a longtime friend of mine, and someone I lean on to help me understand and navigate matters of race. Here we talk about the Zimmerman verdict and what Christians can learn from it.

JM: Where were you when you heard about the George Zimmerman verdict, and what was your personal reaction to it?

LB: I was sitting in front of the television waiting for the verdict. And, as it was read, I was numb. I could not believe that was the verdict. I just couldn’t. It was shocking. It was numbing. It was just like somebody had just given you such a blow that you can’t respond. You can just lay there.

JM: In your opinion, how have churches responded to the open racial wounds in our country? Do you think it’s different for predominately black churches and predominately white churches?

LB: I think what I’m seeing in the black church is not an apathy, but more or less, “White people are going to be this way and we need to take care of ourselves. We need to have our own churches and have our own businesses.” Inherently, there’s nothing bad with that, but I wonder if a lot of that response hinders us getting to a place where we can tackle these problems.

And then, on the white side, I think of the constant not talking about it, or not really just coming out and saying, “Yes, this was racist.”

That is just an entry point to conversation. I don’t think a lot of white Christians understand that. I am not trying to nail anybody to a fence around race. We’re trying to enter conversation, to get to one simple truth and understanding.

JM: Leroy, I know you have three sons. How have they experienced race in America?

LB: I think my 20-year-old son is disappointed by the verdict, and it makes him doubt the goodness of the world we live in. He’s grown up his entire life in a multicultural setting. He’s never been in settings where it’s just black people or just white people. He may have been in minority settings where there were very few black people, or where we were the only black people, but his life has been inundated with multiculturalism because of my work. And I think he has had a relationship with white folks that goes beyond the surface. I think the verdict really disappointed him.

JM: There’s disappointment, but I sense among many, there’s also anger. What do you do with your anger? Where does it go?

Two places. One, I understand completely that I don’t have the luxury, as an African-American man, to be extremely angry. Because there is a stereotype: the mad black man is dangerous. And so, I know I can’t do that. I don’t have the freedom to do that, even if I wanted to. I won’t be heard. And so, I channel it through writing, through speaking, and through helping other people process events like these. I also have a few select friends with whom I really let it all go. I can just say anything. Because I know I can’t do that publically. It’s just not an option.

JM: In the wake of all this, what does the white Christian community need to hear? What do we need to learn from this?

LB: I think they need to hear their leaders lament. And I think mainstream white leaders need to lead that lament. There’s scriptural basis for that. In Hosea, and these places where God wasn’t pleased, he said to the priests, “You have a problem. You, first of all, need to repent. You need to lead the people in repentance and lament for what has gone on.” And I think that’s really important.

And then, they need to listen. I’ll say it again: please. If you have an African-American friend–or even if they’re not a friend and they’re just an acquaintance–give them space to talk and just listen. Ask them what they thought about the verdict and then listen and try to understand. If white Christians could just do that one thing, it would have a huge impact.

We need to listen, learn, and lament.