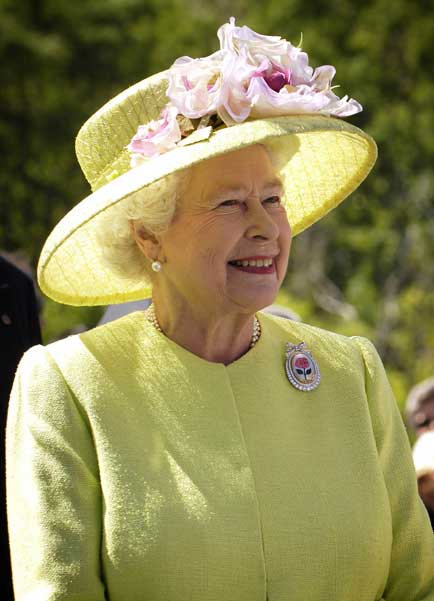 Queen Elizabeth II greets employees on her walk from NASA’s Goddard Space Flight Center mission control to a reception in the center’s main auditorium in Greenbelt, Maryland where she was presented with a framed Hubble image by Congressman Steny Hoyer and Senator Barbara Mikulski on May 8, 2007.
July 17, 2013
Trevor Grundy 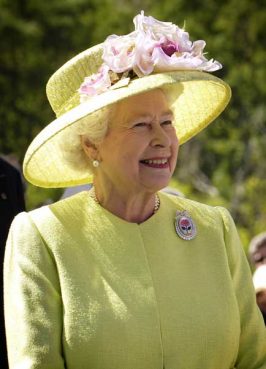 Under the new law, gay men and women will be able to join together in civil ceremonies or in church services -- although no religious denomination will be forced to carry out such services.

Cheers, laughter and clapping broke out in the House of Commons when Speaker John Bercow announced the bill had been approved.

"The fact that the bill passed through both Houses (Commons and Lords) undefeated is a huge accomplishment for the government," said Equalities Minister Maria Miller. "This is an historic moment that will resonate in many people’s lives. I am proud that we have made it happen and I look forward to the first same sex wedding by next summer. The title of this bill might be ‘marriage’ but its fabric is about freedom and respect."

The bill's passage saw many angry exchanges. It had the full support of Prime Minister David Cameron, despite the consternation of many in his own Conservative Party. The leaders of two other main parties, the Liberal Democrats and New Labour, also backed it. But some political commentators predict Cameron’s gay-friendly attitudes will cost him at the next election in 2015.

The Roman Catholic Church fought the bill and the Bishops' Conference of England and Wales swiftly issued a statement of its displeasure:

"With this new legislation, marriage has now become an institution in which openness to children, and with it the responsibility on fathers and mothers to remain together to care for children born into their family unit, are no longer central. That is why we were opposed to this legislation on principle."

The Church of England does not allow same-sex marriages.

But to the delight -- and relief -- of most people in the United Kingdom, the bill was passed by landslide votes in both houses of Parliament.

Separate legislation has been presented to the Scottish government to make same-sex marriage legal. Debates are expected to begin in Edinburgh, the Scottish capital, in October or November.

Prior to the new law, England and Wales allowed civil unions for gays but human rights activists said that wasn’t good enough because it created the image that gays were somehow inferior to heterosexuals.