I wrote the op-ed on why we should engage in a principled boycott of the White House and State Department Iftars in hope of beginning a productive conversation—and a call to action–among Muslims in this season of Ramadan.

It seems good to offer some preliminary thoughts on how to move beyond the current stalemate and reach for a more effective strategy. 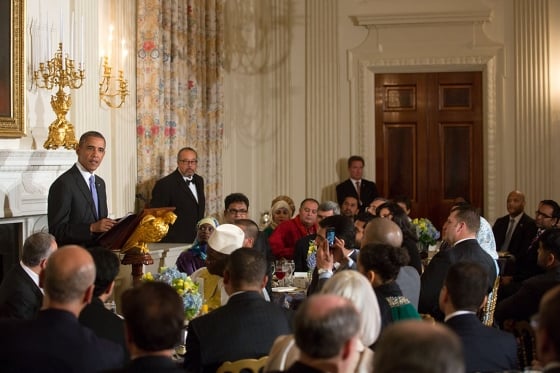 1)   This is ultimately not about iftars.

This is not about whether or not we are seated at dinners in the corridors of power.  These dinners are about a photo-op, and a one-way conversation.   The iftars are not an occasion of airing out the grievances of the Muslim community, or to present our concerns with the Powers That Be.  They are, essentially, photo-ops.  They are staged events in which the American Empire portrays its hospitality to Muslims.   Even the designation of the event at the State Department (as opposed to other branches of the government) makes it clear that this is a political event in which Muslims are being acknowledged. Yet hospitality is not the same as citizenship. We do not need an America which is hospitable towards Muslims (or any other population). We demand what we are entitled to:  a vibrant democracy in which all citizens are afforded inalienable rights. Citizenship, not hospitality, is the starting point.

So we are calling for this boycott as part of an attempt to persuade all Americans that American should not be an Empire, but a vibrant democracy instead. Ultimately, a democracy and an Empire do not mix.  One has to give, and today it is the democracy part that is giving.  We as American citizens of all strive deserve to live in a robust democracy.   And that is what we are protesting for.

2)   It’s not about nice words, but righteous actions.

Make no mistakes, the words spoken by Secretary Kerry and President Obama are nice words.  Very nice words.  Secretary Kerry spoke eloquently about how no nation on earth is more welcoming to the Muslim umma than America, and even how striving for justice is analogous to jihad (using those very words).  Kerry said: “Nowhere else in the Ummah is there any equivalent concern for civil rights and freedom of faith.”  President Obama likewise has spoken beautifully.

Words are nice.  As Muslims, we like words and have been known to engage in ornamenting our speech and our homes with beautiful words, with poetry, with recitation, and with calligraphy.  Even God is revealed through words.  But here and now, where God’s children are being droned and profiled and indefinitely held, we need more than words:  we need action.

This boycott and other actions are all directed towards righteous action.  If you cannot heal, feed, and shelter, at least do not drone, torture, imprison, and profile.  It’s really not much to ask.  It is simply to insist on the rights that are inherently ours to begin with.

3)   Boycotts are a proud American tradition.

The best example for American Muslims in this context, I believe, is that of Martin Luther King. In fact, Dr. King talked about the power of protesting for rights in the context of the address to the Montgomery Improvement Association’s boycott meeting where several thousand people gathered in a Baptist church: 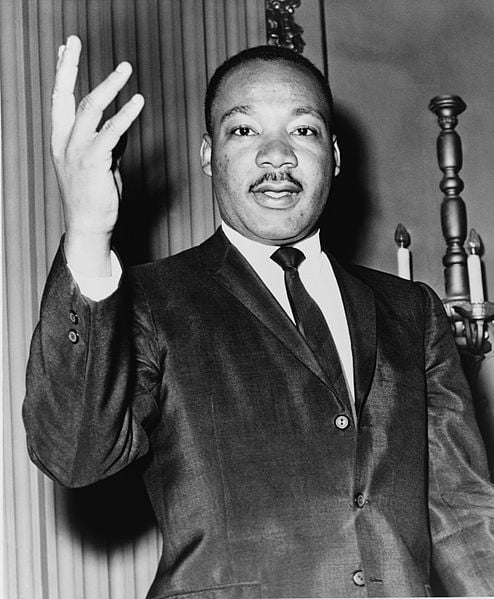 The only weapon that we have in our hands this evening is the weapon of protest. (Yes) [applause] That’s all.

And certainly, certainly, this is the glory of America, with all of its faults. (Yeah) This is the glory of our democracy. If we were incarcerated behind the iron curtains of a Communistic nation, we couldn’t do this. If we were dropped in the dungeon of a totalitarian regime, we couldn’t do this. (All right) But the great glory of American democracy is the right to protest for right.

Like Dr. King, American Muslims today lack the “political power” to bring an end to these unjust and evil policies.
But we can appeal to what Dr. King called “Soul Force”, an appeal to the conscience of America to live up to our own creed.

4)   We have to maintain the moral basis.

One of the key aspects of Islamic teachings is that the transformation of society has to be and remain linked to the transformation of our own hearts. This, after all, has been the observation of so many Muslim scholars and sages for why a revolution by itself is insufficient without also addressing the spiritual status of a people.

What we are called to do, instead, is to engage in what the best of the Prophetic tradition calls us to:  think of each other what is beautiful and lovely, and strive to make that a reality. Yes, there are many friends who choose to attend these iftars (a decision that I disagree with), but do so out of their own conscience, after weighing the pro’s and the con’s, and decided that it is a better decision to do so. We have to show courtesy and respect to one another, or none of us will have the moral basis whereby we can undertake meaningful transformation.

5)   We require coordination and negotiation—starting not with government agencies, but among Muslims.

Many of those who have participated in these dinners have talked about the power of networking in these events.  True enough.  But there is a difference between networking and solidarity. One can network—as is commonly done in the business community or academia—without in any way fundamentality standing up for a principle or resisting institutional paradigms of injustice.  What we need is not merely networking but solidarity based on principles of commitment to shared human rights and dignity.

Before the Montgomery Boycott could succeed in the 1960s, many African-American leaders engaged in important discussions and negotiations—among themselves.    We as Muslims need to do the same about putting pressure on the government to end unjust policies.   In order to do so, we need to have important conversations among important American Muslim leaders and community segments, from the African American community to Zaytuna and ISNA, ICNA, MPAC, CAIR, AL-Maghrib and other communities.  Yes, we need the leadership of our elders.  We need Shaykh Hamza, we need Imam Zaid, we need Dr. Umar, we need Dr. Sherman Jackson, we need Prof. Khaled Abou El Fadl, we need Dr. Amina Wadud, we need Dr. Mattson, we need Shaykh Yasir Qadhi, we need all of us, we need to hear from all of us.   If different Muslim leaders decline to participate and both individually and collectively link their refusal to the issues at hand (drones, Guantanamo, profiling/surveillance), that would underscore the effectiveness of a boycott strategy.

6)   We do need to continue civic engagement and negotiation.
The goal is not to “get what we want”, but to engage in a twin practice:  first and foremost, to speak for those who are not in a position of speaking for themselves:  victims of American drone attacks, prisoners who should be released in Guantanamo Bay, and all victims of illegal surveillance and profiling. Second, and equally importantly, these actions are necessary for the redemption of the American experiment.  In some crucial ways, the American experiment is spiraling out of country, and has lost its basis. Let us not mince words here.  America today is an Empire. Republican and Democrat alike agree that the United States should spend more on its military than the next 12 countries combined, and have military bases on more than a hundred other countries.  No other country in the world behaves like this.

We are for justice, no matter by whom, and to whom.
We are against violation of human rights, anywhere, and everywhere.
That is the true meaning of the Qur’anic mandate to stand up for justice and speak the truth, regardless of it is against our own selves, our parents, or own community.  (Qur’an 4:135)

Insha’allah a principled stance on behalf of the meek and “the least of these” among God’s creation will help us realize the sanctity of these holy nights of Ramadan—and beyond.

In the last thirty years, we as Muslims have had intense conversations about our multiple and overlapping identities as Americans and as Muslims. What this present conversation is about is something else: what kind of America we want to belong to:  an America that is an Empire, or a land of liberty and rights.   If it is the latter, words will not suffice.  We need to be participants in making that a reality.