VATICAN CITY (RNS) In message published on Friday (Aug. 2), Pope Francis took the rare step of personally expressing his “esteem and friendship” to the world’s Muslims as they prepare to celebrate the end of the Ramadan fast. 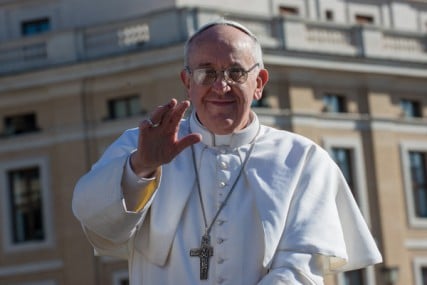 While it is a long-established Vatican practice to send messages to the world’s religious leaders on their major holy days, those greetings are usually signed by the Vatican’s department for interfaith dialogue.

In his message, Francis explains that in the first year of his papacy he wanted to personally greet Muslims, “especially those who are religious leaders.”

Francis’ predecessor, Pope Benedict XVI, had fraught relations with Muslims. In a 2006 speech he quoted a Byzantine emperor who said Muhammad had only brought “evil and inhuman” things to the world, sparking a worldwide crisis in Christian-Muslim relations.

In subsequent years, he worked hard to mend ties with Muslims and visited three mosques. But he never fully succeeded in dispelling mistrust among Muslim religious leaders.

Since the beginning of his pontificate, Francis has stressed that he places a high value on dialogue with other religions.

In one of his first public speeches, on March 22, he announced he wanted to “intensify dialogue among the various religions,” adding: “And I am thinking particularly of dialogue with Islam.”

In his Friday Ramadan message, Francis highlighted the importance of educating Muslim and Christian youth to respect each other’s religion.

“We have to bring up our young people to think and speak respectfully of other religions and their followers, and to avoid ridiculing or denigrating their convictions and practices,” he wrote.

The pope also said that “particular respect” must be given “to religious leaders and to places of worship.” “How painful are attacks on one or other of these!” he added.

Francis’ move, while rare, is not unprecedented. Pope John Paul II in 1991 chose to pen the Ramadan message himself as a sign of solidarity with Muslims in the wake of the Gulf War.