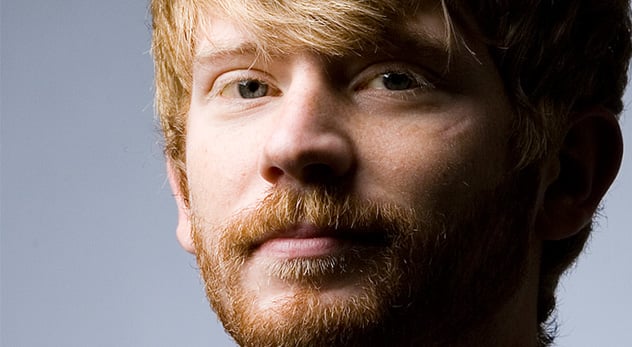 Author Brett McCracken shares how he believes Christians can navigate the moral gray areas in culture.

Culture. It’s quite the buzzword among Christians these days. From Andy Crouch’s Culture Making to a revival in interest in Richard Niebuhr’s Christ and Culture to, well, blogs like this one. Everyone seems to be exploring how Christians should interact with, embrace, create, and redeem culture. But the problem is that many efforts to address the intersection of Christianity and culture are theoretical, rather than practical.

Enter Brett McCracken, a Los Angeles-based writer and journalist who has just written a book entitled, Gray Matters: Navigating the Space Between Legalism and Liberty. In it, he practically addresses how Christians can wade through moral gray issues–from alcohol consumption to secular music and films. As I said in the endorsement, the result is “a truly spectacular book that carves a path between an oppressive, rules-based religion and a powerless, free-for-all ‘faith.'” Here we discuss the pitfall of legalism, the potential pitfalls of this generation, and how Christians should navigate the issues that aren’t as black-and-white as they wish.

JM: You say in your book that things like alcohol, edgier films, plays, concerts, and art have “moved from being forbidden to being celebrated by believers.” Isn’t this the role Christians played historically, as culture creators? What role do you think believers have when it comes to setting trends and creating culture?

BM: I absolutely believe that Christians are called to be culture creators, at the center of cultural creativity rather than on the edges. And we have been in that place before. For centuries, Christianity was at the center of culture-making. The church was the center of education, the patron of the greatest art, the literal center of the city. Regrettably, Christianity is no longer in that position, and by the end of the 20th century, Christians in the West were not only on the periphery of culture but were (in some places) aggressively anti-culture–retreating from it, protesting it, censoring it, and creating “Christian” alternatives to it.

Today, Christians seem to be moving away from that anti-culture stance, which is a good thing. Christians are once again championing culture-making, emerging from cocoons of “Christian culture” and engaging the larger world of culture. This is healthy and necessary if we are to return to a central place in the cultural conversation. However, I fear that in some ways our movement from the “anti-culture” extreme to the “champion of culture” extreme can be dangerously fast and reckless. Returning to a vital place of cultural impact will require Christians to go beyond a superficial corrective of moving from legalistic “hands off culture” to the liberty of “all is acceptable” embrace of everything. It will require us think more deeply about what it means to create–and consume–culture Christianly.

JM: It sounds good when you say it, but it is much more difficult to put into practice. How do you suggest Christians navigate the space between legalism and liberty?

BM: I think navigating the space between legalism and liberty begins with an acknowledgment of the extremes and a recognition that Christianity’s relationship with culture is necessarily more complicated than many “black and white” approaches seem to suggest. Culture is not a monolith that is either all bad or all good. Culture is very much a gray area.

The Bible gives many general principles on how Christians should relate to culture but not as many black and white “dos” and “don’ts” on the particularities of culture. Passages like Romans 14 emphasize the individual conscience in these matters: what’s okay for one person may not be for another. Insofar as a cultural activity is not directly forbidden by Scripture or does not prove to be a stumbling block or stepping stone to sin, there is a lot of latitude and liberty given to Christians.

But there are certainly limits. It’s clear, for example, that one’s community should be a factor in one’s individual choices–even if it’s “okay” for you to do something, should you do it if others in your community may struggle with it? It’s also clear in Scripture that the lifestyles of Christians should be distinct and set apart from the surrounding culture. We are called to holiness. To be salt and light. What does this mean for us as we think about how to engage culture? The answers are not simple or easy, but that’s the point. The more we think about them and discuss them–not shrugging them off as “subjective” and leaving it at that–the more we will begin to formulate a more robust theology of culture that will bless us individually, advance the witness/mission of the church, and bring glory to God.

JM: I get what you’re saying, but hasn’t all this talk about the extremes of “legalism” and “liberty” become cliché in Christian circles?

BM: Not sure what you mean by this. Is talk of “legalism” and “liberty” cliched? Perhaps. But these are questions that get to the core of how Christians exist in culture and vis-a-vis culture, and so they have been and will always be questions we are talking about. They are necessarily ubiquitous questions, which is probably why they seem cliche.

JM: I remember that Lauren Winner once said:  “Before Christians can think about having an impact on culture, we need to recognize that cultural artifacts suffuse our daily lives. The architecture of our neighborhoods, for example, is part of culture. The width of sidewalks and the presence (or lack thereof) of front porches are cultural artifacts, and they teach us to be and do a certain way. Our kids’ after-school schedules are cultural artifacts. Those after-school schedules simultaneously bespeak our values and teach us what to value.” To what extent are you talking about “culture,” and what do you mean when you say that culture is “in” for Christians?

BM: When I say culture is “in” for Christians, I am referring to what seems to be a growing cottage industry of books, websites, conferences, church programs, graduate degree programs, etc devoted to Christians creating or engaging “culture.” Now what exactly each of these endeavors means when they say “culture” is a different question, but the impression one gets from all of it is that there is a trend in contemporary evangelical Christianity toward culture rather than away from it (as in mid-20th century fundamentalist Christianity). Whatever may be meant by “culture,” there is a sense that Christians increasingly see it as something beautiful, valuable, and too important to ignore.

The truth is, however, that culture is not just operas and movies and museums. It is everywhere, suffusing our daily lives as Winner notes. That’s why my book, Gray Matters, includes two chapters on food–something rather mundane that most Christians wouldn’t necessarily think of as “culture” that we consume. But food is thoroughly cultural and how we think about it, cook it, consume it, and enjoy it says a lot about what we value. Ultimately, the principles of cultural consumption that I outline in the book should (I hope) be helpful for Christians not just in thinking through the specific cultural spheres I cover in the book but in the very project of interacting with culture: enjoying it, consuming it, valuing it in a manner consistent with our identity in Christ.

JM: Let’s get practical for a minute. When it comes to consuming culture or media, what are some rules for triaging? How does one quickly sort through thinking about these things practically?

BM: I think on a practical level, in the moment, as a Christian considers whether or not to consume a piece of culture or media, I would recommend asking the question, “Does it move me toward Christ and toward holiness, or away from Christ and away from holiness?” Ultimately, every moment of our lives can be an opportunity to worship God. In whatever we eat, drink, watch, play, or listen to, we should strive to do it to the glory of God (1 Cor. 10:31). If it’s clear that something we are considering consuming is in no way going to bring glory to God or grow us on our journey of faith, I would say it should be avoided. On the other hand, if it seems clear that there is beauty to be found and truth to be discovered–or just goodness to be enjoyed–I say go for it. But the main thing is just to go into it with a seeking mind. Seek first the kingdom of God and his righteousness. Look at everything through that lens and it becomes an act of worship to consume culture, not just a trivial pursuit or a hedonistic indulgence.

BM: Both are highly unfortunate and equally damaging. The extreme of legalism is a downfall because it reduces Christianity into a lists of “dos” and “don’ts” and focuses too much on fear. In terms of culture, the legalistic approach misses out on a vast array of goodness, truth, and beauty that God has given the world (to Christians and non-Christians alike). The liberty extreme threatens to divorce grace and sanctification, leading a generation of Christians to toast to their “saved” status while they carry on lives that look and feel wholly untransformed. Both approaches will become “downfalls” to their adherents insofar as they obscure the truth of the gospel as a saving and transforming truth that should radically inform our lives… down to the way that we eat, drink, watch, listen, read, and interact with the culture around us.

JM: Your first book, Hipster Christianity: When Church and Cool Collide provoked a lot of conversation. You might even say it was polarizing. How is Gray Matters related to that book, if at all?

BM: I think Gray Matters is in many ways an answer to some of the questions raised by Hipster Christianity. Namely: how do we engage culture in between the extremes of culture-is-bad legalism and culture-is-amazing-so-drink-up libertinism (which is the extreme discussed at length in my first book). If Hipster was mostly a description of a phenomenon and a bit of prescription (in general terms) of how we can get back on track, Gray Matters is the how-to guidebook for how to be a more thoughtful, healthy, God-honoring consumer of culture. As a slice-of-life look at a particular moment in evangelical history, my first book will likely be outdated soon (though I think the book’s core question of Christianity’s “relevance” is one that every generation addresses in its own way), while I think Gray Matters outlines principles of cultural engagement that can help Christians wherever they are at.

I think it’s more important than ever that Christians think critically about what and how we consume, when it comes to culture. Because the world is watching. How we go about engaging and consuming culture is more visible than ever, and it says a lot about what we value and the “good life” we envision. If we go about it recklessly, reactively, or simplistically, what does that communicate? And what are we missing out on?