Religious conservatives have long decried the collapse of the nuclear family, and it’s difficult to deny the shifts we’ve seen. The number of stay-at-home dads in America has more than doubled over the last decade and a half. Working mothers are now the primary income earners in 15% of married households with children. The most recent census figures show that, for the first time, Americans living in a nuclear family has dipped below 25%.

Contrast these trends with America in the 1950s when society accepted that a model family consisted of a breadwinning father, a submissive housewife, and a couple of respectful, biological children.

What has caused such sharp changes? According to Jonathan Fitzgerald, author of Not Your Mother’s Morals, one of the most influential forces has been television.

“Sometimes pop culture is a reflection of where we are and other times it is a shaping force,” he says. “In the case of television, we often don’t know that our morals and values are being shaped until after it happens.”

In the 1950s, television largely mirrored the prevalent concept of the American family. Popular shows like “Leave it to Beaver” and “Father Knows Best” depicted the family as a heterosexual, patriarchal, churchgoing unit with chaste children. But in the 1960s, family depictions began to change. And so did America’s thinking.

Here are ten television shows that forced America to reimagine what a family could, and perhaps should, look like: 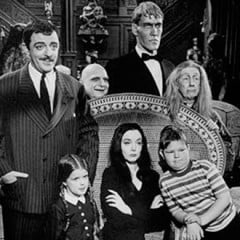 At first glance, this show appears to be little more than a dark comedy with monster-like characters. But it is actually a satirical inversion of an ideal family that intentionally breaks the mold of the Cleavers. And more than that, it is part of a television trend that in the 1960s that includes “Bewitched” and “The Munsters” whereby television shows began depicting traditional families composed of non-traditional characters. Unbeknownst to most Americans, this show was provoking a conversation that would turn out to be hairier than Cousin Itt. 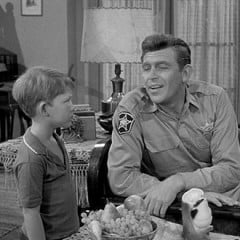 The 1960s also helped audiences explore the concept of single-parent families, though these families were still patriarchal and resulted from death, not divorce. “The Andy Griffith Show” led the conversation (joined by “My Three Sons”) through the character of Andy Taylor, a small town sheriff who was perfectly capable of raising his son, Opey, alone. Now considered to be a bastion of traditional values, the show was quietly progressive at the time and helped some Americans whistle a new tune when it comes to family. Television shows in the 1970s did a lot of cultural mirroring, reflecting the way Americans were already thinking about family. A prime example is “The Brady Bunch,” which was conceived after Sherwood Schwartz read in the Los Angeles Times that “30% of marriages [in the United States] have a child from a previous marriage.” The character of Mike Brady was a widower, but Schwartz wanted Carol Brady to be depicted as a divorcee. The network objected to this, so Carol’s marital past was left open.

“’The Brady Bunch’ told many Americans that the narrow definition they had for family wasn’t normal anymore. It told us that divorced or widowed people could take pieces of their traditional families and form a new family,” Fitzgerald says. “America just accepted it. After all, the Bradys seemed about as normal as a family could be.” 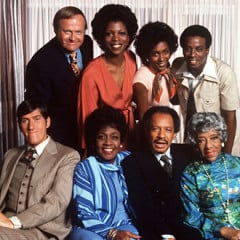 African-American families began arriving on the scene in the ‘70s. In sync with sitcoms like “The Cosby Show,” “The Jeffersons” challenged the stereotype of black families as poor. Additionally, the series featured an interracial couple in the characters of Tom and Helen Willis. This series was quite progressive and forced some Americans to “move on up” to new ways of thinking about family. 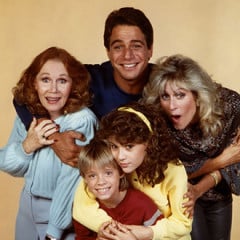 Tony Micelli, a single father and former major league baseball player, takes a job working as a live-in nanny and housekeeper for Angela Bower, a single mother and successful business executive. Looking back, “Who’s the Boss?” should’ve been a scandalous concept, but it wasn’t at the time. The series explores the sexual tensions that arise among cohabiting people and challenges the notions of traditional gender roles. Angela, Tony, and their children aren’t technically related, but it’s clear they are a family–and one that’s as lovable as they are non-traditional. The wacky plot of this cult classic series sounds like something hatched in a writer’s room after the coffee ran out. News reporter Danny Tanner’s wife is killed by a drunk driver, so he enlists his comedian best friend and exterminator-turned-rock-musician brother-in-law to help him raise his children. “Full House” is the story of three men raising three girls, and though it seemed totally innocuous, the sitcom opened the door to conversations about same-gender parents. 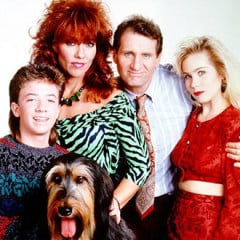 As America moved into the ‘90s, television shows seem less interested in portraying non-traditional families than exploring the dysfunctions of traditional families. Shows like “Married… with Children” and “The Simpsons” diverge from the “Leave it to Beaver” model by undermining the idea that a family must operate smoothly all the time. Despite its controversial nature, audiences tuned in to “Married… with Children” for a decade and together breathed a sigh of relief from this exaggerated depiction of their own messy families. 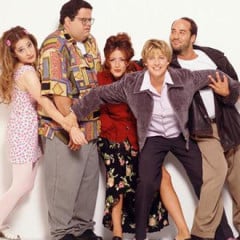 Today, Ellen DeGeneres is one of television’s most popular talk show hosts and is beloved by mainstream Americans. But in the late 1990s, she was infamous for playing the first gay or lesbian television character to come out of the closet on air. The notorious episode of “Ellen,” which aired in April of 1997, was one of the highest rated but the controversy it created led to the show’s eventual cancellation.

“Sure, ‘Ellen’ was cancelled shortly after the coming out episode, but it opened a door for society to talk about things that were unmentionable before,” Fitzgerald says. “It’s telling that five years after that episode aired, Ellen came roaring back to even greater fame. Today, the controversy surrounding her sexual orientation is almost difficult to imagine.” 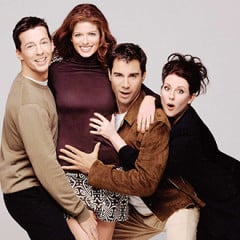 Television shows in the late ‘90s and 2000s repeatedly explored issues of sexuality. In some ways, “Will & Grace” picked up where “Ellen” left off. But this show’s cultural impact lies in its ability to normalize a contentious issue. Though principal characters Will Truman and Jack MacFarland were openly gay, the show didn’t force the issue. It made audiences forget they were dealing with gay characters. The show’s 16 Emmys and ongoing success in syndication are a testament to its enduring ability to reach beyond a niche audience of social progressives and influence mainstream Americans. 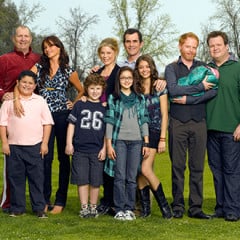 This hit show might be the most progressive show to ever garner such a high level of success because it takes all the non-traditional family elements of the last 60 years and crams them into a single sitcom. Jay and Gloria give us the divorcees, blended family, and a bi-racial component. Mitchell and Cameron give us the gay couple. And Claire and Phil provide with us a strong woman and submissive husband in addition to the dysfunction of traditional family. Taken together, “Modern Family” embodies the richly diverse definition of family now held by contemporary Americans.

And yet, “Modern Family” is strangely conservative. It doesn’t grandstand on controversial issues, and the characters are highly relatable even to traditionalists. This combination—non-traditional elements presented in a non-threatening way—has potential to reshape cultural opinions and attitudes in profound ways. Like many before it, “Modern Family” is a sitcom about a non-traditional family that really values family.