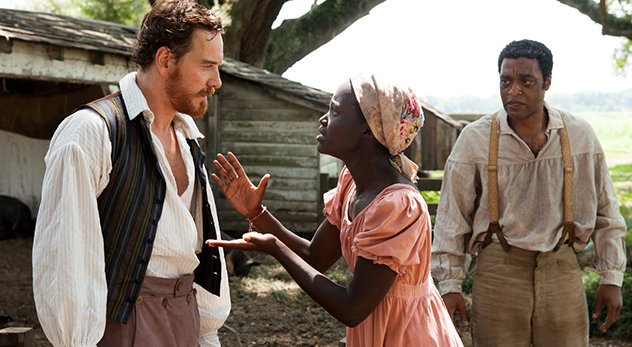 Steve McQueen’s celebrated film, “12 Years a Slave”, is as much a commentary on religion as race. – Image courtesy of Fox Searchlight

If Charles Dickens were reviewing Steve McQueen’s new film, “12 Years a Slave”, he might begin, “It was the best of religion, it was the worst of religion.”

The movie, set to release on October 17th, is based on a true story about Solomon Northup (played by Chiwetel Ejiofor), a free black man who is duped, drugged, and sold into slavery on a Southern plantation. The cinematography is breathtaking, the cycle of despair and hope is gripping, and the depiction of the mistreatment of slaves is so unsparingly brutal that it often forces one to turn away. But the film is as much a commentary on religion as race.

“12 Years a Slave” expends a lot of energy throughout its 133-minute runtime exploring the way white Christians in the American South used scripture and their faith to perpetuate injustice. After Solomon arrives on a sugar cane plantation, his master, William Ford (Benedict Cumberbatch), gathers all the slaves to read scripture and deliver a sermon in which he quotes from Luke 17:2, “It were better for him that a millstone were hanged about his neck, and he cast into the sea, than that he should offend one of these little ones.” Since audiences have just witnessed Ford purchasing and thereby separating a female slave from her children, the hypocrisy is stifling.

When Solomon is sold to Edwin Epps (Michael Fassbender), the oppressive owner of a cotton plantation, the commentary deepens. Epps quotes Luke 12:47 to his slaves: “And that servant, which knew his lord’s will, and prepared not himself, neither did according to his will, shall be beaten with many stripes.” He then shuts the Bible and says, “That’s scripture.” Epps takes this verse literally and whips the slaves who pick the least amount of cotton each day. When he has a good harvest, Epps attributes it to “righteous living”; when the crops die, he claims it must be a “biblical plague” brought on by his slaves’ unrighteousness.

McQueen seems to be making a point about how people pick and choose the verses they live by and how those verses should be applied. American history demonstrates this is true. Many Christian clergy advocated for slavery and, as historian Larry Tise notes in his book, Proslavery, ministers “wrote almost half of all defenses of slavery published in America” and believed the Bible taught that white people could own black people as work animals.

Sadly, the examples in history don’t end with emancipation. Many American clergy vocally opposed the civil rights movement and supported Jim Crow laws. In the 1950s, The Alabama Baptist newspaper editorialized, “We think it deplorable in the sight of God that there should be any change in the difference and variety in his creation and he certainly would desire to keep our races pure.”

We’re still witnessing the tendency to use scripture to acquire power and oppress people in countries like Malawi and Uganda where same sex relationships are illegal and punishable by law. In Uganda, legislators were considering an “Anti-Homosexuality Bill” that prescribes the death penalty or life imprisonment for gays and lesbians. Christian clergy in Uganda and some evangelical evangelists from America supported the bill.

Christian history, both past and present, is a sobering reminder of our tendency to manipulate the scriptures in pursuit of personal or political goals.

“12 Years a Slave” isn’t a religious jeremiad, however, and McQueen is careful to present the redemptive side of religion as well. On the plantations, slaves in the film often find solace in their faith, expressed in the singing of spirituals and hymns. The same force that causes them to despair ironically brings them hope. And the character of Bass (Brad Pitt) roots his criticism of the institution of slavery in the biblical concepts of justice and righteousness. Bass eventually helps free Solomon. 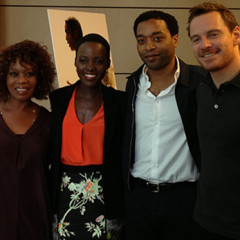 Michael Fassbender, who was raised Roman Catholic, told me that the film attempts to portray religion as “a double-edged sword.” He said that he experienced religion as a positive force in Ireland where Christians helped build the education system. And yet, he says, he can’t deny how some Christians have twisted religion at times to perpetuate injustices like slavery.

“People have used religion in ways to control groups of people,” Fassbender told me. “Religion is a powerful force. It depends who decides to manipulate that, in whatever form—good or evil.”

This perspective should particularly resonate with Christians because much of the Gospels tell of explosive conflicts between the Pharisees and Jesus. They are more than personal disagreements, but rather clashes between those who insisted on using religion to control and One who rightly saw faith as a freeing force. The difference between Jesus and the Pharisees is, to some extent, the chasm between slave owners and abolitionists. “12 Years a Slave” forces audiences to enter this tension and determine which side of the chasm they are on.

As it is with audiences who view this film so it is with all the faithful. History is littered with the carcasses of those who’ve been victimized by people who’ve chosen to use religion as a means to a selfish end rather than an end in itself. “12 Years a Slave” reminds us that every generation has a choice between a faith that crushes and oppresses and one that uplifts and liberates. As audiences explore this “Tale of Two Religions”, they are urged to choose and choose carefully.