(RNS) After hardline Islamists voiced opposition to the Miss World contest now being staged in Muslim-majority Indonesia, a rival World Muslimah beauty contest exclusively for Muslim women will announce its winner on Wednesday (Sept. 18) in the capital of Jakarta, though the U.S. candidate suddenly dropped out. 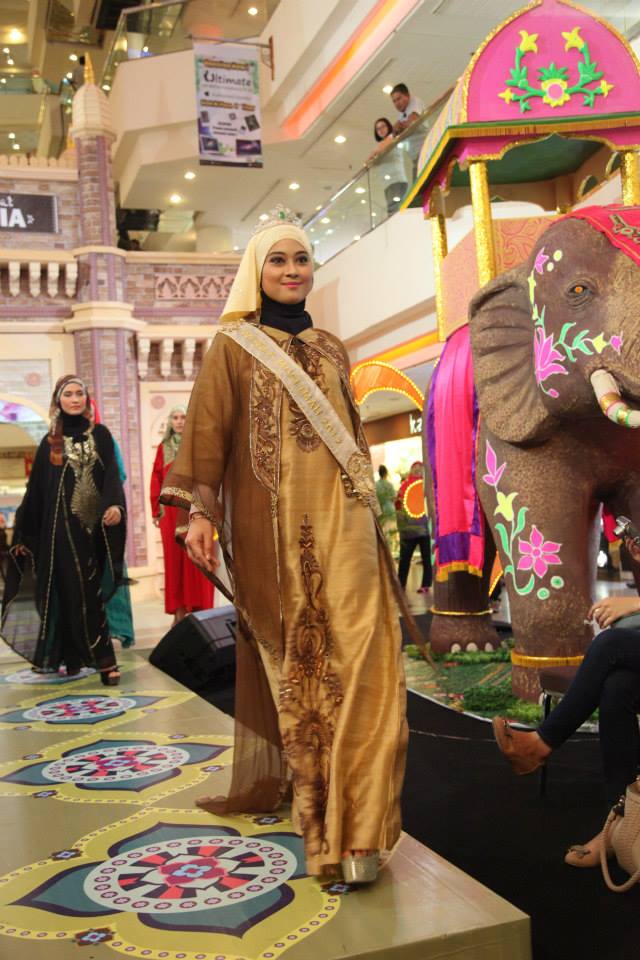 “Muslimah World is a beauty pageant, but the requirements are very different from Miss World,” the pageant’s founder Eka Shanti told Agence France-Presse.

“You have to be pious, be a positive role model and show how you balance a life of spirituality in today’s modernized world,” she said.

The better-known Miss World contest opened on Indonesia’s only Hindu-majority island, Bali, on Sept. 8, but faced angry protests by Islamists who said the pageant violates their religion and must be stopped.

In response, the government said Miss World’s final round to announce the winner on Sept. 28 would move from its original location near Jakarta to Bali where there is much less chance of confrontation with Islamists.

World Muslimah’s 20 finalists appear on the organization’s website, which allows viewers to cast their ballots by clicking a “Vote me” box under each person’s photograph.

“We don’t just want to shout ‘no’ to Miss World,” said Shanti. “We’d rather show our children they have choices. Do you want to be like the women in Miss World? Or like those in Muslimah World?”

The event’s contestants were chosen for their religious abilities, including memorization of the Quran and also public speaking, beauty, style, and fashion modeling.

Fourteen of the 20 finalists are Indonesian, and others come from Brunei, Malaysia, Bangladesh, Iran and Nigeria.

On Sept. 13, World Muslimah announced that the only U.S. finalist, Ainee Fatima from Chicago, had withdrawn from the competition.

“My father’s health has not been well,” Fatima wrote in a letter posted on the contest’s website.

Fatima’s reason was “correct” because she followed Islamic tradition, the contest said.

In addition, she said she wasn’t feeling well and apparently was unable to bring a male relative, known as a “mahram,” with her.

A mahram is a description for a male relative who must travel with a Muslim female to protect her chastity.

The final ceremony and announcement of a winner will be broadcast live on Indonesia’s ANTV station.