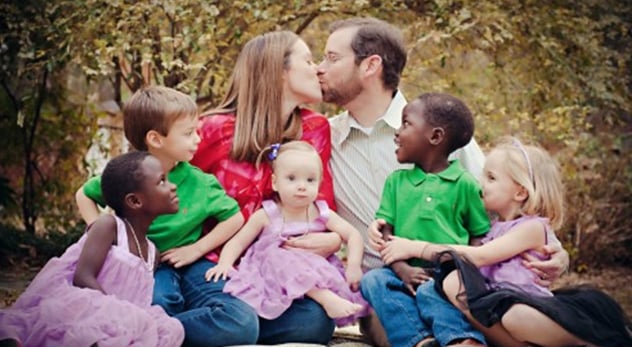 The evangelical adoption movement is under attack, mostly from the left. – Image courtesy of The Link Network (http://bit.ly/1fzDOod)

Criticizing the evangelical adoption movement seems to be all the rage these days. Salon.com, a digital bastion of liberalism, ran an article arguing “the Christian right perverts adoption.” Hermant Mehta, Patheos.com’s “Friendly Atheist”, warned that we “should fear the evangelical adoption boom.” And Melanie Springer Mock of “The Nation” penned “Why Christians Like Me Should Listen to Critiques of Evangelical Adoption.”

At the heart of their critiques is the work of Kathryn Joyce, the self-described “secular, feminist journalist” and author of The Child Catchers, who is again decrying the evangelical adoption movement, this time in the pages of “The New York Times.”

In her article, Joyce again paints the picture of evangelical adoption as a well-intentioned, but misguided, movement that exacerbates corruption and harms children around the world. It is a perspective I was first introduced to after reading Joyce’s “Mother Jones” article (“Orphan Fever: The Evangelical Movement’s Adoption Obsession”). I responded to her article at “On Faith and Culture”:

“In the end, Kathryn Joyce curses the darkness without lighting a candle. She attempts to pour cold water on the Christian adoption movement, but her ideas for actually solving the orphan crisis that now affects more than 100 million children are more than lacking; they’re non-existent. We should expect more from even an unashamedly partisan publication like Mother Jones. Not to mention a writer who recently published a 352-page book on the subject. “

Joyce contacted me after the publication of my article, and we had a rather heated exchange. She asked me to read her book, The Child Catchers, which I had already ordered before her request. The book arrived, and I read it, but I was not persuaded as she assumed I might be. I reviewed it for “Books and Culture”:

“In the end, The Child Catchers is mostly a missed opportunity. It is a missed opportunity to educate objectively, to report fairly, and to provide substantive solutions for how to improve the broken parts of the system. As Christians embrace adoption and orphan care as part of the compassionate social work we’ve done for millennia, we need to learn how to correct mistakes we make along the way so that children can be better protected and cared for. As several authors have recently noted, sometimes our efforts to help can inadvertently hurt those we serve.

“Joyce ends her preface with a statement of profound truth: “figuring out how to do better means understanding what has gone wrong.” She’s right. We need objective, empirical critiques followed by constructive proposals for how to improve. Unfortunately, Joyce’s crusade to discredit evangelicals and make a case for abortion rights fails to do either effectively.”

Joyce’s NYT article is a rehashing of the arguments made in her book. The one notable addition is her acknowledgment that some Christian groups focus on keeping families intact and improving local foster care and adoption, facts she previously ignored. Yet, Joyce concludes, “many churches still preach the simplistic message that there are more Christians in the world than orphans, and that every adoption means a child saved.”

I don’t know what Joyce means by “many” when she refers to churches that preach such a message (and she doesn’t either). I don’t know of any congregations who propogate such a message, though I am sure you can find one if you look long and hard enough. Most adoption-minded churches aren’t using adoption to proselytize children. They are simply attempting to live out their faith’s call to “care for the least of these” by working to care for the millions of orphans who need a stable family, many of whom are already languishing in institutional care. And most of the Christian adoption agencies they partner with are aware of and working to improve the system’s flaws.

But this will never be good enough for Salon.com or “The Nation” or “Mother Jones” or most other far left liberal publications. I must agree with David French on this one:

“To many on the left, if you are conservative then there is nothing you can do that is virtuous. Even the good that you do will be dismissed as cynical or destructive.”