(RNS) For those who care deeply about passing on Judaism to future generations, a new, exhaustive study on American Jews is rife with worrisome statistics that show increasing numbers of the disinterested. But if the trends look bad for Jews in general, they look especially perilous for the Conservative movement, which for much of the 20th century was the largest branch of American Judaism.

In 1971, Conservative Jews accounted for 41 percent of American Jews. Today, they represent a graying 18 percent, according to the landmark Pew Research Center survey, released on Oct. 1.

“Rescue the Conservative movement,” The Forward, the national Jewish newspaper, pleaded in an editorial after the Pew study’s release.

“Further shrinkage would be a tragedy,” it continued, citing the movement’s anchoring role at the center of Jewish life, sandwiched between Orthodox Judaism’s adherence to tradition and the Reform movement’s openness to change.

This month, as the United Synagogue of Conservative Judaism – the umbrella group for the nation’s more than 630 Conservative congregations – celebrates its 100th anniversary, Conservative Jews are confronting their undeniable shrinking stature. 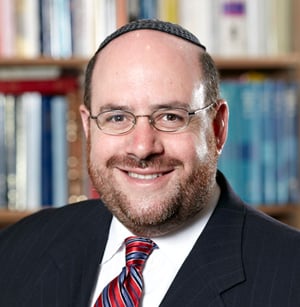 In advance of United Synagogue’s annual conference, which begins Sunday (Oct. 13) in Baltimore, the movement has opened what it calls the “Conversation of the Century,” asking members to discuss publicly their fears and hopes for their future.

“It’s not a pretend conversation,” said Shira Dicker, a public relations consultant — and the daughter of a Conservative rabbi — known for her offbeat approach.

Hired by United Synagogue to help the denomination confront its challenges and brainstorm solutions, Dicker does not hesitate to describe the formulaic services at some old-style Conservative synagogues as “deadly.” And she pushed United Synagogue to produce an unscripted video that features a wide spectrum of Conservative Jews asking elephant-in-the-room questions.

“Why are we embarrassed to say we’re Conservative Jews?” asks one woman in the video.

“This is our reset moment,” said Rabbi Steven Wernick, CEO of the United Synagogue, who added that Conservative Jews were well aware of their poor retention rates long before Pew released its study.

Years ago, he said, some bright lights within the Conservative movement began to experiment with ways to bring more meaningful services and programs to Jews of all backgrounds.

A cadre of creative rabbis, mostly in urban centers, is drawing crowds of young unaffiliated Jews by infusing Jewish ritual with yoga, music and meditation — sometimes outdoors or in a funky cafe.

Perhaps tellingly, two of the most talked-about young rabbis in the nation, the magnetic Rabbi Sharon Brous in Los Angeles and the soulful Rabbi Rachel Nussbaum in Seattle, were both ordained in the Conservative movement’s Jewish Theological Seminary, but both lead nondenominational Jewish communities.

“People who have grown up in Conservative Judaism are playing an extraordinarily impactful role in the larger Jewish world,” said Wernick.

But how many Jews will continue to grow up in Conservative Judaism?

According to the Pew study, the Reform movement is the largest branch of American Judaism, claiming 35 percent of U.S. Jews. Conservatives represent less than one in five, and the Orthodox have held their ground with 10 percent.

But the future looks particularly tough for the Conservatives. Among young American Jews (those 18-29), just  11 percent identify as Conservative, compared with the 29 percent for Reform Jews and 41 percent who have no formal affiliation. Though they claim the same share of young Jews as the Conservative movement, the Orthodox are relatively fertile, and for this and other reasons the Pew researchers predict that their numbers will grow. 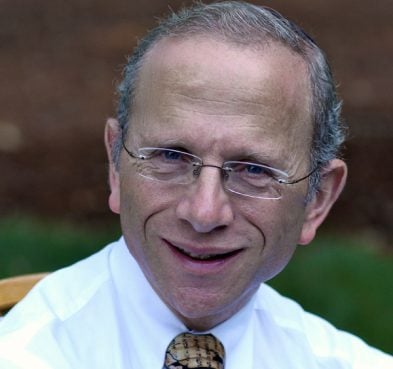 “I know some people are willing to write the whole Conservative movement off and say Kaddish for it,” said Jonathan Sarna, professor of Jewish history at Brandeis University, referring to the Jewish prayer for the dead.

But he hopes enough people, both within and outside the movement, do not want to stand by as the demise of Conservative Judaism leaves a hole in the center of American Jewish life.

“One needs a new middle lest one ends up with two Judaisms,” Sarna said. “The middle, it seems to me, has been very valuable in keeping things together. They understood both sides. They talk to both sides.”

Rabbi Rachel Kobrin is another Conservative-trained rabbi mentioned as one to watch, and she still works within the movement as the assistant rabbi of Conservative Congregation Agudas Achim in Austin, where she founded, among other programs, “Selah.”

“Selah,” which translates to “amen” in Hebrew, attracts 100 mostly unaffiliated Jews to Shabbat services at a satellite of the main synagogue in hipster-heavy South Austin.

The descendants of American Jewish immigrants have assimilated beautifully into American life, Kobrin said, excelling in school and their professions. But in the process, many lost touch with their Jewish roots — and the Hebrew language, which is the lingua franca of a typical Conservative service.

Here is what goes through their heads as they sit through Conservative services, she said: “I feel smart in every other aspect of my life and I walk into this synagogue and I don’t even know what page we’re on.”

A language barrier is not keeping mainline Protestants from church. But Andrew H. Walsh, of the Leonard Greenberg Center for the Study of Religion in Public Life at Trinity College, said there are plenty of parallels between Conservative Judaism and the shrinking Protestant mainline — which captured one-third of Americans 40 years ago, and between 10 and 12 percent today.

Conservative Judaism’s challenges reflect those of centrist movements in general — they’re traditions that don’t easily follow the culture, especially cultures that emphasize individual choice. A movement that “tries to hold on in some serious way to tradition might be in trouble,” he said.

That’s why, Walsh continued, Conservative Jews are going to have to confront the phenomenon of interfaith marriage.

Nearly six in 10 young Jews are marrying non-Jews, according to the Pew study, and while some Reform clergy will officiate at those ceremonies — especially if the couple plans to raise their children as Jews — Conservative clergy will not.

Something else Conservative Jews may want to consider: their name.

As the Pew study shows, American Jews, as a group, are far more likely to line up behind liberal than conservative politicians and causes, and many Jews feel “Conservative” is a bad fit for a movement that ordains women and gay rabbis and has written guidelines for its clergy to preside at gay marriages.

Some new names have been bandied about  – “Centrist” Judaism, “Conservationist” Judaism — but none has yet captured the imagination of the people left in the pews.

“I’m a Conservative rabbi,” Kobrin said, “but I’m a liberal!”