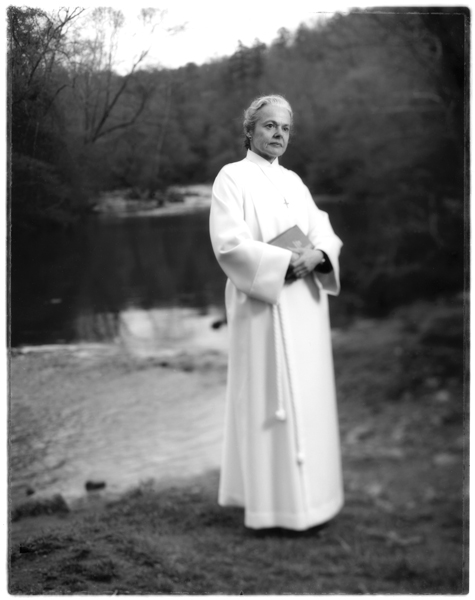 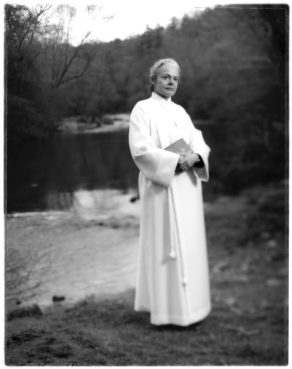 DURHAM, N.C. (RNS) With her gray hair tied neatly in a bun and her wire-rimmed glasses perched thoughtfully on her nose, Ellen Davis looks the part of a distinguished Bible scholar.

Yet despite the traditional cast, Davis is leading a quiet revolution. For the past 20 years, she has been at the vanguard of theologians studying the biblical understanding of care for the land.

Her groundbreaking book, “Scripture, Culture and Agriculture: An Agrarian Reading of the Bible,” is considered a classic, and she travels widely to speak at churches and conferences about the role of agriculture and the ethics of land use in the Bible.

Her work makes the case that Christian theologians have for too long focused narrowly on the spiritual component of Scripture and in the process have overlooked the Bible’s material concerns.

Speaking to some 30 church members as part of a Sunday morning Creation Care series at the Chapel of the Cross Episcopal Church in nearby Chapel Hill, she focused on Genesis 1. She read aloud from the Bible and pointed out that God blesses nonhuman creatures first.

“It is not all about us,” said Davis, 63. “God is establishing a genuine relationship with creatures of sea and sky.”

This point -- that the Bible does not separate human life from nonhuman life and that God cares for all creation -- is consistent throughout her writings.

But neither does Davis shirk from the one passage that has embittered so many environmental activists and offered proof text to those who would deplete the Earth’s resources -- God’s command to humankind in Genesis 1:28 to "subdue" the Earth and have “dominion” over its creatures.

While she does not deny that human beings have a distinct role in the Bible, she believes that special role carries special responsibility.

“The notion that the God who created heaven and earth does not care that we do damage to the heavens and the earth is completely incoherent,” said Davis, an Episcopalian. “We are answerable to God for how we use the physical order to meet our physical needs.”

Whether in church or from the Gothic limestone edifice of her divinity school office, Davis is spreading the gospel of care for God’s creation. In her personal life (she does not drive, and she buys much of her produce locally at a farmers market) and in her professional life, Davis is making sure God’s blessings in Genesis 1 do not turn into human-made curses.

It was a graduate assistant who led her down this path, more than 20 years ago.

The assistant was helping her compose a final exam for an Old Testament course she was teaching at Yale and suggested she include a question about the Bible’s view of land.

“Because you talk about it all the time,” he answered.

With that small seed of awareness, Davis began combing the stacks at the library to find out more about agriculture and to search the Scriptures for an ethic of land care.

The assistant’s question was timely because Davis had just returned from a trip to her native California, where a friend took her for a drive through Sonoma County. She was disturbed to find highways running though what she remembered from her childhood as farmland.

“That was grievous to me,” she said. “I came back to New Haven in shock. I was approaching 40, and I realized the changes that had taken place over the four decades of my life were drastic, uncontained and unsustainable.”

She thought she would have to dig for a few pertinent morsels scattered through the pages of the Bible. Instead, she found the Bible’s concern for an ethic of sustainability popped up everywhere she looked.

Those passages consisted of a key insight: Human communities cannot thrive apart from the health of nonhuman communities -- land, water, animals and plants. Just as Adam is made from “adama,” or soil, so the one depends on the other.

“A lot of people in the creation care movement are convinced of environmental issues on the grounds of science or human rights,” said Fred Bahnson, director of the Food, Faith and Religious Leadership Initiative at Wake Forest University’s School of Divinity. “She’s coming at it from the other direction and saying care for the land is tied up with our relationship with God. It’s not a side issue.”

Indeed, for Davis, care of the land is the most reliable index of the health of God’s covenant with the people of Israel.

As she wrote: “When humanity or the people of Israel, is disobedient, thorns and briars abound; rain is withheld; the land languishes and mourns. Conversely, the most extravagant poetic images of loveliness show a land lush with growth.”

Jesus, too, spoke often of the earth -- of separating the wheat from the chaff, of faith the size of mustard seeds and parables of barren fig trees and seeds falling on rocky ground.

It is a testament to her work that farmers and agrarians sing her praises. Wendell Berry, poet, farmer and environmental activist, wrote the introduction to her book.

Frederick L. Kirschenmann, fellow at the Leopold Center for Sustainable Agriculture at Iowa State University and president of Stone Barns Center for Food and Agriculture in Pocantico Hills, N.Y., is a fan, too.

Too often, he said, Christians think they have it all figured out.

“As Ellen has pointed out, there are whole sections (of the Bible) that describe how we should relate to land — that we don’t actually own it,” he said. “It’s our responsibility to care for it and pass it on to future generations.”

In recent years, Davis has devoted her energies to building up the faculty of Duke Divinity School with others who share her environmental consciousness.

“We have been led to think agriculture was not intellectually interesting; it’s not worth discussing because we’ve taken care of it,” she said. “A lot of my work has been to reverse this way of thinking.”

To that end, she was instrumental in recruiting Norman Wirzba, a professor of theology and ecology, and has helped graduate students pursue doctorates examining Scriptures in relation to the environment.

Daniel Stulac is one of those students.  A farmer, he worked in Rwanda for two years doing agricultural development for the nonprofit group Partners in Health. He came to Duke because he wanted to marry agricultural concerns with biblical studies.

Despite the enormous environmental challenges, Davis said she is encouraged by students such as Stulac and by church members who are beginning to open up to the subject.

It used to be that when Davis was invited to talk to church groups and discussed care of the land, people would say, “We thought you were going to talk about something theological.”

Nowadays, she said, church members understand the centrality of land use and its connection to the environmental crisis. At the very least, she said, “people don’t doubt the connection can be drawn.”

Related Posts
By Holly Lebowitz Rossi
Breath, the divine metaphor, becomes a hallmark of America’s twin crises
By Adelle M. Banks
‘Racialized policing’ program takes faith leaders from grief to action
By Diane Randall, Alicia Cannon
In 'love thy neighbor' Quakers and Catholics share a call to protect our common home
By Omer Bajwa
The Best Ramadan Ever? Lockdown makes space for spiritual growth
By Alejandra Molina
Four young people of different faiths move into a home together, then a pandemic happens