“The old move — uproot your family, get a new job, move to the seminary — that model isn’t working for so many people today,” said Ronald Hawkins, vice provost at Liberty University, which has around 9,000 students in its online seminary.

“They are looking for a way to increase their biblical theological knowledge, to expand their ministry skills and to remain within the context of the ministry setting.”

“The schools have been learning more effective ways to provide online courses,” said Aleshire. “The door has been opened for schools that have particular expertise, particular information and a particular constituency that would benefit from this form of information.”

Still, there’s some fear that students unsuited to ministry — whether by lacking interpersonal skills or moral character — could walk away with an online degree, Aleshire said.

“The sense is that theological education is not just the transfer of certain types of information; it’s about the transformation of individuals who then have the intellectual and spiritual maturity to serve as leaders,” Aleshire said.

But seminaries are realizing that offering online degrees can allow older students to stay in established communities.

John Aukerman, director of distance learning at Anderson University, which recently received accreditation from ATS for its online Master of Arts program, said although he believes studying in a traditional model is best, the online model is the only option for many students. Photo courtesy Dale Pickett/Anderson University

The average online student at Liberty University is 35 and married with children, Hawkins said. Moving to a traditional seminary means uprooting the family and, particularly for older students, leaving their church community.

John Aukerman, director of distance learning at Anderson University, said that although he believes studying in a traditional model is best, the online model is sometimes the only option for many students.

The Church of God, the denomination Anderson University is affiliated with, does not require a seminary degree for ordination, Aukerman said. Thus, many of the roughly 2,300 Church of God pastors lack graduate degrees and wish to improve their theological education without leaving their congregation.

“It’s kind of an uneasy compromise,” Aukerman said. “I want to offer what’s best, but if they can’t take what’s best, let’s offer them something that’s good anyway.”

But for Daryl Eldridge, president of Rockbridge Seminary, an online-only school with about 200 students, the online versus traditional seminary debate is not a matter of which is “best,” but which suits the individual student. When a student already has a ministry, online education is the best option, Eldridge said. 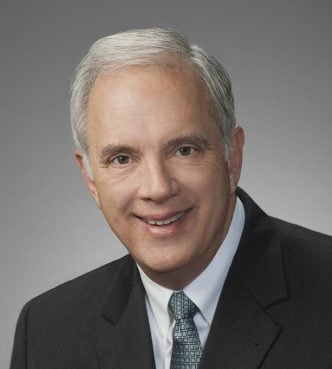 Daryl Eldridge, president of Rockbridge Seminary, an online-only school with about 200 students, says the online versus traditional seminary debate is not a matter of which is “best,” but which suits the individual student. Photo courtesy Daryl Eldridge

“It brings theological education back to the church, where I think it belongs, so students are learning ministry by being engaged in ministry,” Eldridge said.

At Liberty, online students watch videos of professors’ lectures and interact with each other through online forums. Professors are available by email or phone and must respond within 24 hours.

Sometimes the virtual interaction between students and professors may be greater than in a traditional environment, Hawkins said. In addition to receiving feedback from a credentialed professor, students often receive additional responses from pastors, elders and other members of their ministry.

Aleshire said online programs at ATS member schools must also have some “patterns of face to face interaction.”