As the Supreme Court struggles to decide just how religious prayers at public meetings should be in Greece v. Galloway, let’s take a look back at some of the landmark free exercise and Establishment Clause decisions that have shaped America’s religious landscape.

In Reynolds v. U.S. (1879), the Supreme Court of the United States (hereafter SCOTUS) ruled that Mormons could not violate a federal anti-bigamy law in the name of religious belief. People can believe whatever they want, but can’t always take action on those beliefs. Citing a slippery slope scenario, Chief Justice Waite hypothesized that permitting human sacrifice in the name of religion “would be to make the professed doctrines of religious belief superior to the law of the land, and in effect to permit every citizen to become a law unto himself.” None of that!

2. The Establishment Clause applies to states, too

In Everson v. Board of Education (1947), SCOTUS made clear that the words “Congress shall make no law respecting an establishment of religion” in the First Amendment apply to state as well as federal law. The justices reiterated the importance of Thomas Jefferson’s notion of a “wall of separation between church and state,” but ruled that a New Jersey policy allowing taxpayer money to fund public transportation to religious schools did not violate the Constitution.

3. School-led prayer in public schools is a big no-no

Let me count the ways the Supremes have decided this… 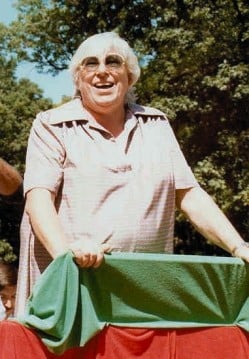 4. Teaching evolution is fine, creationism and intelligent design not so much 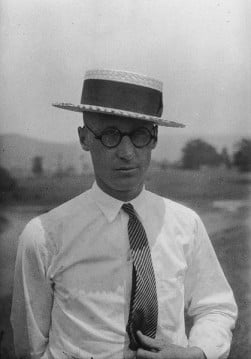 Teacher John Scopes who was found guilty of teaching human evolution in a state-funded Tennessee school in 1925.

In the 1925 media circus that was the Scopes “Monkey Trial,” a Tennessee teacher was found guilty of educating students about human evolution in a public school. In Epperson v. Arkansas (1968), SCOTUS ruled that teaching evolution is in fact not a crime and prohibited states from requiring “that teaching and learning must be tailored to the principles or prohibitions of any religious sect or dogma.” After some public schools started teaching creationism alongside evolution, SCOTUS ruled in Edwards v. Aguillard (1987) that teaching creationism in any public school context is unconstitutional. The U.S. District Court for the Middle District of Pennsylvania said much the same about intelligent design in Kitzmiller v. Dover Area School District (2005).

5. Parents can (sometimes) send kids to religious schools on the government’s dime, or opt them out of public schools entirely

In Zelman v. Simmons-Harris (2002), SCOTUS ruled that an Ohio school voucher program that allowed students to enroll in religiously affiliated schools did not violate the Establishment Clause because the program had a “valid secular purpose,” was religiously neutral, included adequate nonreligious options, covered a broad class of beneficiaries and benefited parents rather than the schools directly. Homeschooling has long been legal throughout the U.S. In Wisconsin v. Yoder (1972), SCOTUS ruled that parents can remove their children from public schools for “legitimate” religious reasons, which apparently include being an Amish teen.

6. Students can’t be forced to say the Pledge of Allegiance or punished for abstaining

In Minersville School District v. Gobitis (1940), SCOTUS ruled that students could be compelled to recite the Pledge of Allegiance even if doing so violates their religious beliefs, as is the case for Jehovah’s Witnesses who consider the practice a form of impermissible idolatry. This decision was overruled three years later in West Virginia State Board of Education v. Barnette (1943). Massachusetts’ Supreme Court is currently considering whether reciting the Pledge and its reference to “one nation under God” should be banned altogether.

7. All laws must be religiously neutral, have a secular purpose and maintain church-state separation

In Lemon v. Kurtzman (1971), SCOTUS decided that laws must have a significant secular purpose, must not primarily advance or inhibit religion, and must not foster excessive government entanglement with religion. Thus was born the Lemon Test, which I’m relieved to learn does not refer to decisionmaking based on whether the thought of something makes Supreme Court justices wince like they’re sucking on a lemon. SCOTUS has ruled that displaying the Ten Commandments near Texas’s State Capitol passes this test whereas doing so in public classrooms does not.

8. Restaurants with holy neighbors have the right to liquor up patrons

Larkin v. Grendel’s Den (1982) isn’t quite on par with prohibition, but it was still a pretty big deal. SCOTUS ruled that a Massachusetts law that gave schools and churches the power to prevent businesses within 500 feet of their doors from obtaining alcohol permits violated the Establishment Clause by muddling up religion and government. Grendel’s Den represents just one of countless cases in the zoning laws v. houses of worship debate.

This list is by no means exhaustive. Add other religious freedom issues and cases you think merit inclusion in the comments section below. Which of these cases shed light on how the Supremes might rule in Greece v. Galloway? Legal nerds, go nuts!