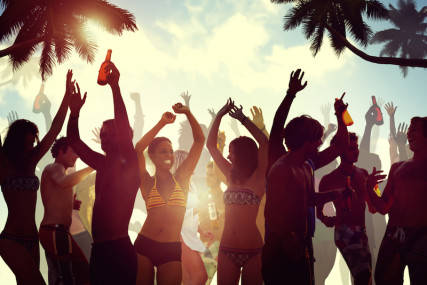 Back in July, I ranted about how the United Arab Emirates’ new anti-discrimination law is a blasphemy law in disguise and predicted that it would be abused to censor critics. That happened almost immediately, to no one’s surprise.

The law criminalizes “any act that insults religion through any form of expression, be it speech or the written word, books, pamphlets or online” and prohibits “any act that would be considered as insulting God, His prophets or apostles or holy books.”

It was allegedly designed to stop discrimination against people on the basis of religion, caste, doctrine, race, color or ethnic origin, but its first use was to intimidate a Saudi writer who spread “insults and hate speech against the UAE” on Twitter (…he criticized the country’s foreign policy).

READ: The UAE’s new anti-discrimination law is a wolf in sheep’s clothing

You might conclude, as I did, that this law inherently violates freedom of expression. Not so(!), say country officials who willfully misrepresent the facts.

My apologies, your honor. Here I was thinking that Scandinavia was a beacon of human rights and free expression when in fact they’re the tyrants for allowing people to speak their minds. The UAE, which has one of the most restrictive press laws in the world, is the real hero for shutting down pesky ideas that might upset the status quo.

READ: Told ya so! The UAE’s new ‘anti-discrimination’ law is already being abused to censor critics

Other judicial officials reminded the public that sharing “insulting” messages is illegal and that responding to an insult with another insult could be a criminal offense. But that doesn’t mean the law limits freedom of expression! How silly of you to think so.

Everything is perfect in the magnificent and benevolent UAE, land of opportunity and supreme eternal happiness. Migrant construction workers and domestic workers are never exploited. Locals have total freedom to criticize the government and ruling families. LGBT people are free to express their identities. If you don’t believe me, just follow the links.