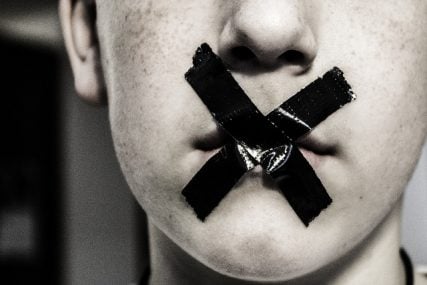 Just last week I predicted that the United Arab Emirates’ new “anti-hate” law would be used to suppress freedom of expression. Being right is such a drag.

The law hasn’t even come into effect yet and legal proceedings have already begun against a Saudi writer who spread “insults and hate speech against the UAE.” That according to Dubai’s head of general security Dhaki Khalfan, who launched the criminal complaint on Monday.

The writer in question, Mohammed Al Hadif, has more than 500,000 followers on Twitter. In recent months, he’s used the social media platform to voice criticism of the UAE’s role in Yemen and its relations with Iran.

The new anti-hate law makes it illegal to discriminate against individuals or groups on the basis of religion, caste, doctrine, race, colour or ethnic origin. Government criticism is not a punishable offence here. Perhaps Khalfan will argue that Al Hadif discriminated against all Emiratis — a nationality not an ethnicity, but meh, close enough — when he criticized the government on Twitter. Whatever the tactic, Khalfan will be wrong.

Last week I argued that anti-discrimination laws “should protect people — people who hold ideas and beliefs — but not the ideas and beliefs themselves.” I was talking about religions and the new law’s thinly veiled blasphemy provisions, but the same logic applies to governments and nations.

Punishing people for criticizing or insulting religions or governments violates our internationally protected right to freedom of expression. It also sets a terrible precedent, especially in a country that relies so heavily on tourism and foreign investment.

Emirati leaders and authorities are usually more strategic about deploying oppressive and illiberal laws, waiting a bit to enforce them and then only doing so sporadically to remind people of their existence. If laws prohibiting immodest dress, public displays of affection and eating during Ramadan were consistently enforced, most of the country’s residents would be drowning in fines or languishing in jail.

The UAE’s new anti-discrimination law, like so many laws in the country, is a wolf in sheep’s clothing. The only surprise is how quickly this wolf has shown its fangs.