(RNS) Christianity can be a deadly commitment. This past Sunday was the International Day of Prayer for the Persecuted Church, an occasion that reminds Christians that many of their brethren are killed for their faith every year. But how many?

On Tuesday the BBC published an article exploring the controversy over the dramatically large numbers of Christian martyrs published by the Center for the Study of Global Christianity at Gordon-Conwell Theological Seminary. According to the center, more than 100,000 Christians are martyred every year.

I worked in the State Department’s Office of International Religious Freedom for several years, and I have always found this figure puzzling. My colleagues and I produced an annual report on persecution worldwide that contained accounts of dozens, sometimes hundreds, of martyrs. Some Christian human rights organizations place the number as high as 1,000. Why is there such discrepancy?

It all depends on how one defines “martyrdom.”

The center, home to the world’s leading scholars of Christian demographics, defines Christian martyrs as “believers in Christ who have lost their lives prematurely, in situations of witness, as a result of human hostility.”

The definition seems straightforward enough, but the annual number of Christian martyrs will vary from hundreds to hundreds of thousands depending on how we interpret “situations of witness.” The center is clear about its use of “a broad definition.”

This definition goes far beyond deaths in the context of public proclamation of belief in Jesus. It is interested in the “entire lifestyle” of the murdered believer. Even if a killer is not targeting Christians on account of their faith, Christians are “counted as martyrs to the extent that their actions in such situations are a testimony to their faith.”

This understanding leads the center to ascribe the term “martyr” to millions of Christians who have died in civil conflicts in places like Rwanda and the Democratic Republic of the Congo. (As an aside, we should be shocked and compelled to action by any mass killings, Christian or otherwise.)

The center’s broad definition and large numbers force us to reconsider our standard definitions of martyrdom. A martyr is not just a solitary saint mauled by lions in a coliseum or a reformer burned at the stake. “Situations of witness” vary widely and may seem quite mundane. Many martyrs are ordinary folks with extraordinary courage and commitment.

The center is highly regarded for producing top-notch products that often challenge prevailing perceptions of contemporary world Christianity. I was delighted to host the center’s director, Todd Johnson, for a lecture at the State Department’s Forum on Religion & Global Affairs in 2011.

Like its other work, the center’s reporting on martyrdom is rigorous and interesting — and if nothing else, it shows that lots of Christians die in terrible circumstances. But I fear that its expansive definition works better in theory than in practice. It doesn’t ring true to the religious freedom activists who carefully monitor persecution and martyrdom year after year. More importantly, an overly broad definition of martyrdom risks cheapening the term and diminishing the very real sacrifice of those who are killed for following Jesus.

Calling millions of Christian victims of bloody civil wars “martyrs” is a bit like calling all the victims of 9/11 “heroes.” To be sure, many exhibited remarkable heroism. But most 9/11 victims were in the wrong place at the wrong time.

The same goes for most Christians who lose their lives prematurely as a result of human hostility. They are often caught up in conflicts sparked by a complex web of ethnic, economic, political, ideological and other factors. Singling out the religious factor — let alone identifying religious martyrs — is incredibly complicated.

That’s not to say religion isn’t a major motivating and mobilizing factor in many conflicts. Nor is a narrower definition of martyrdom problem-free. No definition is perfect. Any attempt to define and quantify martyrs will invariably oversimplify a convoluted human tragedy.

I would argue for an understanding of martyrdom that is honest and modest. Honest about the messy complexity of human violence and modest about the ability to quantify with any precision the number of people violently killed for their faith. The number of clear-cut martyrdoms each year is actually quite low, and they often make international news.

It may sound counterintuitive, but it’s better to err on the side of undercounting martyrs than to risk overcounting them. What’s at stake is credible religious freedom advocacy. Abusive regimes fear public scrutiny and look for any opportunity to undermine an advocate’s credibility.

Conservative estimates of the severity of persecution allow us to say to the world: We know this much abuse happened, and the reality may be worse. We can’t afford to give persecutors any grounds to claim the reality is actually much better. 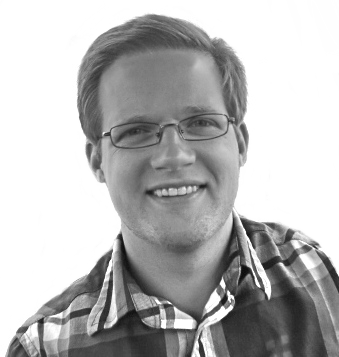 Judd Birdsall is a former U.S. diplomat and a current doctoral candidate at Cambridge University. From 2007 to 2011 he served at the U.S. State Department in the Office of International Religious Freedom and on Secretary Hillary Clinton’s policy planning staff. He was also founding chairman of the Forum on Religion & Global Affairs. Birdsall is an editorial fellow with The Review of Faith & International Affairs, a peer-reviewed journal. Photo courtesy Judd Birdsall

However many Christian (or other) martyrs there may be each year is too many. In the battle against global religious persecution, careful, realistic reporting is an essential weapon.

(Judd Birdsall is a former U.S. diplomat and a current doctoral candidate at Cambridge University. From 2007 to 2011 he served at the U.S. State Department in the Office of International Religious Freedom and on Secretary Hillary Clinton’s policy planning staff. He was also founding chairman of the Forum on Religion & Global Affairs. Birdsall is an editorial fellow with The Review of Faith & International Affairs, a peer-reviewed journal.)