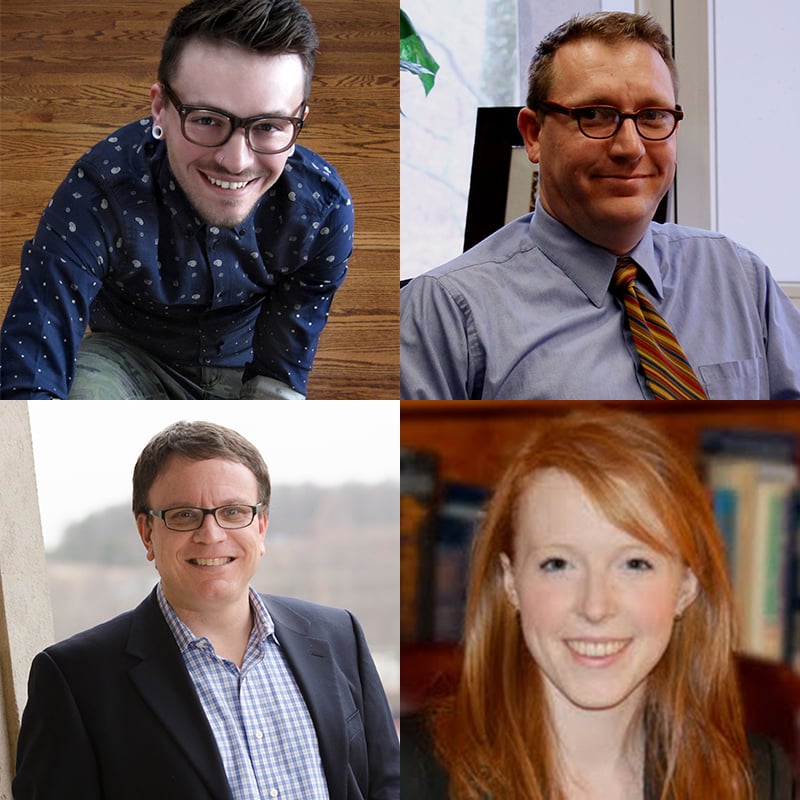 WASHINGTON (RNS) Religion News Service is excited to announce the addition of four new bloggers to expand and diversify its lineup of commentators on issues relating to religion, spirituality and ethics.

The four new voices are Chris Stedman, assistant humanist chaplain at Harvard University and author of Faitheist: How an Atheist Found Common Ground with the Religious; Basyle “Boz” Tchividjian, a former child abuse prosecutor and executive director of GRACE (Godly Response to Abuse in the Christian Environment); Tobin Grant, political science professor at Southern Illinois University and associate editor for the Journal for the Scientific Study of Religion; and Laura Turner, contributor to Christianity Today. They will write for the RNS website (religionnews.com) at least twice a week.

“These new voices will deepen the important public conversations at Religion News Service around politics, entertainment, atheism, church-state and abuse,” said Publisher Debra L. Mason. “They’ll give vital context and analysis to a broader range of religious issues in the world. ”

Stedman will write about the growing atheism and freethought movement; Tchividjian will examine issues related to church sex-abuse and other ethical issues; Grant will explore politics and social science research as it relates to religion; Turner will look into the intersection of religion, pop culture and entertainment.

“Our current roster of bloggers have led our efforts to transform religionnews.com into a destination site for a provocative, informed and nuanced conversation about religion in American life,” said Editor-in-Chief Kevin Eckstrom. “We’re thrilled to see how Chris, Boz, Tobin and Laura will add to the buzz at RNS.”

Look for their posts under these headings:

The assistant humanist chaplain at Harvard University, and the inaugural coordinator of Humanist Life for the Yale Humanist Community, Stedman was named one of “five next-gen gurus who are disrupting religion’s status quo” by Details magazine in 2013. He has written for publications including  Salon, CNN, msnbc, The Advocate, USA Today, The Rumpus, The Huffington Post, The Washington Post On Faith, Religion Dispatches, and Relevant. Follow Chris on Twitter @ChrisDStedman.

Basyle ”Boz” Tchividjian: It Would be Better

Tchivdjian is a former child abuse chief prosecutor and is the founder and executive director of GRACE (Godly Response to Abuse in the Christian Environment). Tchivdjian is a published author who speaks and writes extensively on issues related to abuse within the faith community. He is also the 3rd eldest grandchild of the Rev. Billy Graham.  His blog will launch in January, 2014. Follow Boz on Twitter @BozT.

Grant is a political science professor at Southern Illinois University and associate editor for the Journal for the Scientific Study of Religion. Prior to coming to RNS, he wrote a regular religion and politics columns for Christianity Today’s website. Follow Tobin on Twitter @TobinGrant.

In addition to being a regular contributor to Christianity Today’s “Her.meneutics” blog, San Francisco-based Turner has written for publications such as Books & Culture and The Bold Italic. Follow Laura on Twitter @lkoturner.

Related Posts
By Adelle M. Banks
Suit alleges Southern Baptist church’s negligence led to abuse of teen
By Yonat Shimron
Tullian Tchividjian is back after sex scandal, but should he be?
By guest
What I wrote was completely truthful
By Timothy C. Morgan
Baptist agency comes clean about ex-missionary's trail of sexual abuse
By Laura Turner
Starbucks' red cups, and the Internet outrage machine (COMMENTARY)