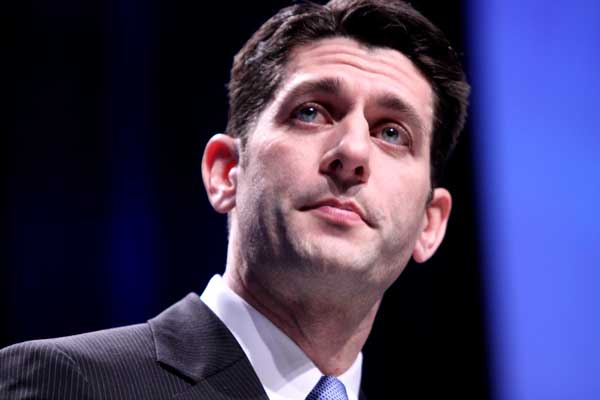 (RNS) On one level, the recent clash over Catholic University of America’s decision to accept $1 million from billionaire industrialist Charles Koch underscored the stark divide many see between Catholic social teaching and the libertarian-tinged economics championed by Koch and other conservatives.

But the controversy also pointed to another, counterintuitive reality: vocal free-market advocates are gaining traction in the Catholic Church, even as Pope Francis repeatedly condemns a capitalist system that he says is hurting the poor and increasing the gap between the haves and have-nots.

In the political world, House Budget Committee Chairman Paul Ryan, R-Wis., is both a practicing Catholic and a devotee of the libertarian icon Ayn Rand -- as well as the face of GOP proposals for cutting welfare programs and taxes that have drawn fire from U.S. bishops and other church leaders.

In the media, CNBC’s Larry Kudlow is a Catholic convert who has taken to the airwaves to scold the pope on economics while pushing the kind of “trickle-down” theories that Francis has derided. On Fox News, Stuart Varney, also a Catholic, has labeled the pope’s views as “neo-socialism.”

Similarly, Catholic thinkers and pundits like Michael Novak, George Weigel and Tim Worstall have used the opinion pages of National Review, the Wall Street Journal, Forbes and other outlets to defend market economics against church criticisms, or to interpret the pope’s writings in a way that makes them appear less hostile to capitalism.

“I think it’s fair to say that those Catholics who favor free markets and limited government have a wider and broader voice than they did 40 years ago,” said Samuel Gregg, author of a new book, “Tea Party Catholic: The Catholic Case for Limited Government, a Free Economy, and Human Flourishing.”

Gregg is also director of research at the Acton Institute, a leading think tank -- headed by Catholic priest Robert Sirico -- that promotes free-market conservatism and often critiques Catholics, including Pope Francis, who they say push the church’s social teaching too far to the left. (“Facile and plainly false,” is how one Acton writer characterized some of the pope’s statements on the economy in his recent apostolic exhortation, "Evangelii Gaudium.")

It’s clearly a formula for conflict, and this week’s dispute over the Koch donation to CUA epitomized the emerging dynamic: the 50 priests, theologians and academics who signed the protest letter cited traditional Catholic social teaching and Francis’ blasts at “the dictatorship of an economy which is faceless and lacking any truly humane goal."

CUA did not back down. Instead, a tart response accused critics of trying to “score political points” and declared that the Koch foundation’s goals are “fully consonant with Catholic social teaching.”

If that interpretation doesn’t necessarily sync with what the pope or the U.S. Conference of Catholic Bishops say about today’s economic system, it's a view that nonetheless is increasingly getting a sympathetic hearing, even in places like CUA -- a Vatican-chartered school and the only Catholic university in the U.S. sponsored by the American hierarchy.

Andrew Abela, for instance, is the dean of CUA’s new business school (the Koch grant will help underwrite its programs) and he is a strong proponent of free-market economics. The Busch Family Foundation also donated $500,000 to the business school; the foundation was founded by Timothy R. Busch, who is a member of CUA’s board of trustees and chairman of the board of the Napa Institute, a conservative think tank in California.

What’s more, CUA is hardly the only Catholic university to take money from the Koch foundation: as many as two dozen other Catholic colleges, from Notre Dame to Villanova, have accepted Koch grants over the years, though apparently in smaller amounts and for lower-profile purposes.

Loyola University in New Orleans still receives about $100,000 a year from the Koch foundation to fund its Economics Club, which brings in speakers to address the students. Walter Block of the Loyola economics department said he and his colleagues see no problem with that.

“Catholicism is not economics,” said Block, who is Jewish and a self-described “anarcho-libertarian” philosopher. “There is no Catholic economics.”

Block is a fellow -- along with several prominent Catholics -- of the Ludwig von Mises Institute, a think tank that promotes the so-called “Austrian School” of free-market economics that is enormously influential among a range of American conservatives.

Block said all five of the economics professors at Loyola are disciples to one degree or another of the Austrian School, though they were not able to convince the university to establish a master’s program in 2011 -- to be funded in part with Koch money -- in Austrian economics. Block said they are resubmitting their proposal.

Many of these economic conservatives hold a variety of views, and they usually reject precise -- and often loaded -- labels like “libertarian” or even “capitalist.” They prefer to be known by the principles they largely share: free markets, minimal government oversight of business and the environment, reduced social welfare programs, and lower taxes for everyone, including the wealthy.

While in practice those principles often run counter to official church positions, these free-market advocates say they are in fact true to Catholic teaching; they are simply trying to achieve the same goals through different means. Those means, they add, also regard technical issues that are judgment calls for believers, not matters of faith.

“You clearly can’t be an anarchist. And you can’t be a socialist, either,” said Gregg. “But between those two things there is a lot of room for genuine prudential disagreement among Catholics when it comes to the economy.”

That wiggle room is a key factor that has allowed economic conservatives to thrive in the church even as supporters of abortion rights or gay marriage have faced official sanctions for their views. While a recent Public Religion Research Institute survey found that few Catholics describe themselves as libertarians or members of the Tea Party, U.S. Catholics have been trending more Republican in recent decades just as the GOP has been trending more conservative.

The rightward shift also can be seen in the hierarchy and the priesthood, meaning that bishops and pastors -- like Ryan’s own bishop, Robert Morlino of Madison, Wis. -- often raise no objections to conservative economics or even embrace such views.

Whether the stock of these free-market Catholics continues to rise may depend on forces beyond their control.

Francis might succeed in pushing the church’s leadership to reflect his own emphasis on the social teaching of the church and leave economic conservatives out in the cold. And domestic politics could also shift the dynamic for Catholic free marketeers.

Ryan himself shepherded a crucial compromise budget deal through Congress this month, dismaying his longtime Tea Party allies; House Speaker John Boehner -- a devout Catholic whose 2011 commencement at CUA also prompted protests because of his budget policies -- pivoted sharply to the center and said the fiscal critics on his right have “lost all credibility.”