“Our living prophet, President David O. McKay, has said, ‘The seeming discrimination by the Church toward the Negro is not something which originated with man; but goes back into the beginning with God….’” —1969 First Presidency Statement 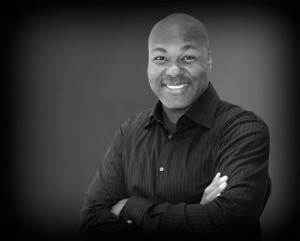 As an African-American Latter-day Saint and the co-editor of Black and Mormon, a book-length anthology published in 2004 exploring black Mormons and their place in the LDS Church since the 1978 priesthood revelation, I applaud the LDS Church’s most recent effort to deal with its troubling racial past as reflected in its 6 December 2013 statement “Race and the Priesthood.”

For decades, however, the Church has not forthrightly addressed its racist past despite calls from many of its more progressive black and white members. Not surprisingly, the black membership worldwide remains small, between one and three percent according to survey data. Most black members reside in and practice their faith on the continent of Africa, mainly in South Africa, Ghana, Nigeria, and the Congo. According to a 2009 Pew survey, approximately three percent of US Mormons, or 186,000 people, are black.

While efforts were being made at the federal level to dismantle Jim Crow racism and desegregate the nation, the LDS Church was determined to maintain the position that people of African ancestry were under divine sanctions. Mormon leaders then proceeded to advance a number of racist theories to justify this belief, including that black people were the sons and daughters of Cain. This idea was disseminated through a sizable body of official writings, doctrinal pronouncements, and conference talks to the general membership of the Church.

Unfortunately, with no words to the contrary by church leaders until now, these teachings and understandings have persisted well into the 21st century. Evidence of just how pervasive these beliefs were came as late as February 2012 when Brigham Young University religion professor Randy Bott gave an interview with Washington Post reporter Jason Horowitz where he articulated much of the old racist folklore in Mormonism that had been in existence for over 130 years. Bott spoke of curses and marks on people of African lineage, invoking the book of Genesis in the Bible and Mormon scripture found in the Book of Abraham.

Sadly, these beliefs reach further than just the white membership and have actually gone on to instill what appears as self-hatred in a number of black Mormons. Throughout America’s racist history, Blacks have sought the approval of Whites in order to gain some recognition or simply a reprieve from the everyday microaggressions of race-based mistreatment. Yet, that approval requires Blacks to accept occupying a “lesser” status in society as well as in the hereafter. More than a few black Mormons here in America have gone on record reflecting these same racist ideas about themselves as inspired by God.

Examples of black Mormon complicity are seen in individuals like Keith Hamilton and Alan Cherry, who believe that they themselves were cursed. The Salt Lake Tribune ran a story in 2011 about Keith Hamilton, an African American Mormon man who wrote the memoir Last Laborer: Thoughts and Reflections of a Black Mormon. In the book, Hamilton states, “Withholding the priesthood from blacks was part of God’s unfolding plan.” Despite the ban’s existence through a century and a half of racism in American history, Hamilton maintains that it was “no man-made policy… nor a policy instituted because some white LDS Church leader(s) had concerns about black-white relations.”

Other black Mormons have found ways to reconcile the race-based teachings of Mormonism by channeling Church authorities and declaring “only God knows” in reference to why Blacks were not allowed to fully participate in the LDS faith. Alan Cherry was one of a handful of African Americans who converted to the Mormon faith and attended Brigham Young University in the 1970s before the lifting of the ban. In an interview with the LDS-owned Deseret News, Cherry told reporter Molly Farmer, “From the very beginning my impression that came from heaven was I was not to worry about priesthood restriction.” He continued by saying that men and women must stop looking for inequalities and injustices, and instead, be happy for those who have more.

How could Blacks join the Mormon faith given its blatant anti-black teachings?

The truth is the Church’s racial history is not a forthright conversation that missionaries volunteer with their potential converts. It is possible then, that most black Mormon converts do not know the extent of the Mormon race folklore until some time after they have been baptized into the Church when they hear murmurings about a patronizing, racist past. Either way, some find ways to reconcile those beliefs in the predominantly white faith while others understandably leave.

For many black LDS who stay and practice their faith, often the messages and principles of the faith, such as the gospel’s emphasis on family and community, trump the racist past (and present). Still others have come to believe, like their white counterparts, that Church authorities’ statements on controversial issues are institutionally sanctioned pronouncements by God, when in fact, they often reflect individual political and social prejudicial views. Whether they converted or are second generation LDS, most black Mormons politely ignore the racist teachings, which in effect marginalizes them.

I am in full support of the LDS Church’s effort to move beyond its racist past. This admission, however, will likely create significant problems moving forward for those Mormons who have been taught the LDS notion of prophetic infallibility. In light of these new developments, many more Godly questions have been left unanswered. As these issues are addressed, old doctrines may be discarded and retaught where necessary in efforts to seek full equality and justice for all members.

Dr. Darron Smith is an assistant professor in the Department of Physician Assistant Studies at the University of Tennessee Health Science Center.