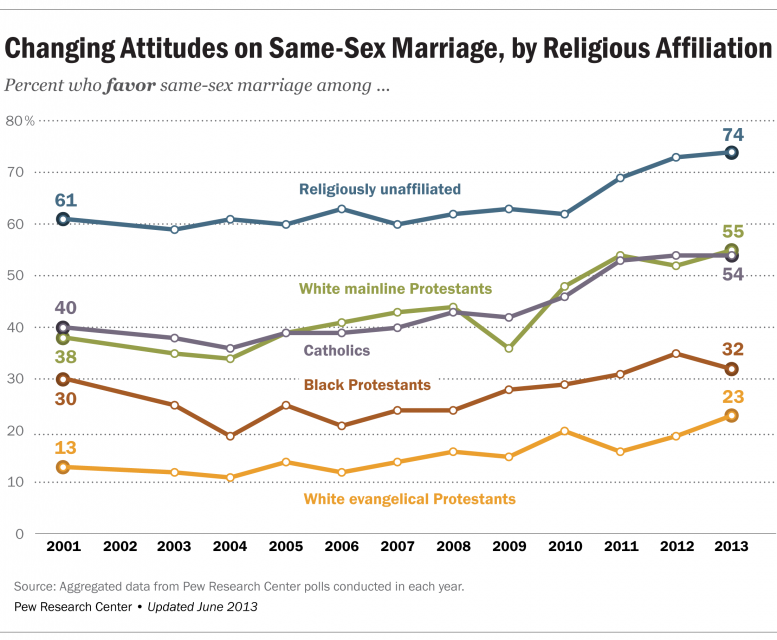 (RNS) The year 2013 ushered in a number of data milestones in American public opinion. Here is a sampling reported by the Pew Research Center:

For the first time, just over half (51 percent) of the public favor same-sex marriage, while 42 percent are opposed.  The number of states allowing same-sex marriage doubled, from nine to 18. A Supreme Court decision required the federal government to treat legally married same-sex couples as it would treat heterosexual couples. The court also dismissed a California Proposition 8 appeal on procedural grounds, thereby allowing same-sex marriages to resume in that state.

Support for gay marriage rose among members in several religious traditions. Among Roman Catholics and white mainline Protestants, roughly half now express support for same-sex marriage, compared with about 40 percent a decade ago. Support among white evangelicals (32 percent) and black Protestants (23 percent) remains lower, though it rose slightly between 2001 and 2013.

A majority of the public (53 percent) said that the federal government threatens their personal rights and freedoms. About 90 cases have been filed against the Affordable Care Act mandate that employers provide contraceptive coverage in their health plans. The U.S. Supreme Court agreed to hear the lawsuit filed by Hobby Lobby against the federal government over the mandate. 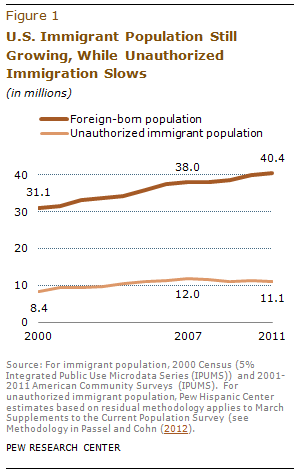 The United States is now home to a record 40.4 million immigrants, or about 12 percent of its 317 million population. Though immigration reform was often overshadowed by other issues in 2013, activism around immigration was notably strong among various religious groups, including evangelicals, Catholics, Hispanic Christians, Jews and multireligious groups.