WASHINGTON (RNS) In courtrooms and in the media, a political and legal battle is raging over whether employers must abide by a mandate in the Affordable Care Act to include contraception coverage in employee insurance plans.

Ostensibly, employers’ religious liberty — not contraception itself — is the central issue because the overwhelming majority of American families have used contraceptives for decades to control the number and spacing of their children. Widespread embrace of contraception has become a fact of life in America. 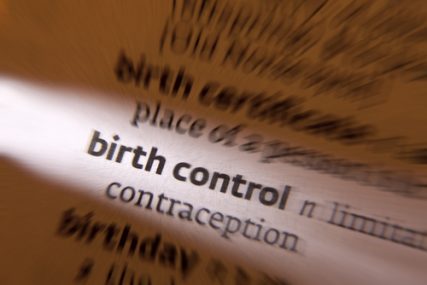 Birth control — the practice of preventing unwanted pregnancies, typically by use of contraception.

Evangelical leaders are tripping over themselves in the rush to stand with Roman Catholic bishops against this perceived governmental overreach. At the same time, a growing number of white evangelical leaders are attempting to sow seeds of doubt about the morality of birth control itself.

These men — and yes, they’re mostly men — will tell you that the Protestant embrace of birth control lacked adequate theological reflection. They will ignore the economic and social realities of modern life that make having Duggar-sized families undesirable and unrealistic. The Rev. R. Albert Mohler Jr., president of Southern Baptist Theological Seminary, argues that “the birth control revolution set loose a firestorm of sexual promiscuity and much human misery” but gives “The Pill” a tenuous and unenthusiastic green light. Of course, contraception has had profound consequences. But safe, effective contraception has given thoughtful, faithful people the liberty and autonomy to ensure that their children are welcome, wanted and able to be cared for.

The anti-contraception movement’s signature achievement has been to suggest that hormonal contraceptives are — or may be — abortifacient, or akin to abortion. Can Christian women really risk using these pills if, in doing so, they are slaughtering their unborn children? Whether employers must provide these methods of birth control is at the heart of the Hobby Lobby challenge to the contraception mandate that’s headed to the Supreme Court this spring.

Taken together with growing concern about broken abstinence pledges, delayed marriage and constantly having to explain “biblical womanhood” to their own people, the intended effect of bemoaning contraception is to idealize pre-feminist conceptions of marriage and family. In short, concerns about contraception are about much more than contraception, and the debate over birth control is a mere skirmish in a larger theological and ideological battle.

In a recent commentary, I suggested that more evangelical leaders will come out against birth control. They have adopted Catholic positions on every other issue relating to sexuality (while, incidentally, rejecting Catholic social teaching on almost everything else). It’s hard to expect that millions of Americans will reorganize their entire family life just because their religious leaders say so. It would require a level of coordination that, so far, seems not to exist. Abandoning contraception would be a bitter pill for the rank and file to swallow. But if the elites can convince the masses, it will be the jewel in their crown.

For starters, consider the demographic implications. Even a modest shift in birthrates can have a significant impact — particularly for denominations in which birthrates have declined and growth has stalled. In his provocative book “Shall the Religious Inherit the Earth?,” Eric Kaufmann argues that birthrates and retention rates are much more important to a religion’s market share than conversions. For all of evangelicals’ emphasis on saving “the lost” from eternal conscious torment in hell, their leaders understand that persuading families to have five or more children instead of two or three could be a bigger long-term demographic boost than conversions alone.

Consider a second, convenient side effect if the faithful can be convinced that delayed marriage, women with advanced degrees, and small families are against God’s design.  The loudest voices have made it abundantly clear that a woman’s place is in the home. Yet out of economic necessity and/or a desire to exercise their own conscience and will, most evangelical women work outside the home. Obviously, women with fewer children are more likely to work full time.  With five or more children, it becomes virtually impossible. And there lies much of the appeal for the (always male) leaders.

There is one other place that women especially should never be: the pulpit. If more women aspired to have larger families, perhaps fewer would think that God is calling them to pastoral ministry. Perhaps fewer would go to college and graduate school. Perhaps fewer would pursue careers. At its most extreme, if young women revert back to being economically dependent on their fathers and husbands, they will be much easier to control.

At this point, it becomes clearer why fundamentalists and some evangelical leaders find it so compelling to oppose the use of contraceptives. Not only would their demographic strength and political clout skyrocket after just a generation or two, but they would have also found a surefire way to keep females out of workplaces, pulpits and other places Christian women allegedly do not belong.

As with most debates in evangelical life, women themselves are largely excluded from the discussion. We can’t know the extent of the strategizing about how to persuade people to “let God determine the size” of their families. Preaching and teaching that contraception is a vile sin is a high-stakes gamble. The Catholic Church fought that battle and unleashed a lay rebellion.

Advocates of the “Quiverfull” movement (think the Duggars or the recently sidelined Doug Phillips) allege that denominational leaders reluctantly accepted contraception in the 20th century because they realized they were powerless to stop its inevitable widespread use. They did not want to risk losing a monumental fight against their own people. Ironically, today’s Protestant leaders of the anti-contraception movement may have to abandon their crusade for the same reason.