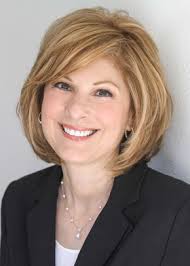 You’ve got to be curious what an Israeli citizen, living part-time in Israel, who’s a Messianic Jewish believer in Jesus, as well as an ordained pastor and former attorney, has to say about Israel. That's the story of Sandra Teplinsky, president of Light of Zion ministries. In her new book, Why Still Care About Israel: Unlocking the Mystery of Israel Amid Rising International Tension, she tells Christians to keep caring.

As the title suggests, Teplinsky seems to have her focus set on caring for the Jewish nation, and her perspective seems to lean to the "pro-Israel" side of debate. She claims, for example, that Israel is "a beacon of human rights," a statement that would no doubt be contested by many informed voices on the other side of the issue. And her previous book on Israel argued that "the Jewish nation is key to unleashing God's blessings in the 21st Century." Even still, Teplinsky attempts to plow a third way through the thorny soil of this debate, making a case for Christian support of both the Israeli and Palestinian people. Here, we talk about what she believes many American Christians are missing on Israel-Palestine.

RNS: A lot has been said about Israel and Palestine. What is fresh or different about your message?

ST: A false dichotomy about the Palestinian-Israeli conflict exists in the Christian world today. As a result, most feel they must choose whether to align either with pro-Palestinian social justice or pro-Israel biblical prophecy. But the biblical perspective is based on scriptural and factual truth. The parameters of both justice and prophecy flow from scriptural truth and are not contradictory. The overarching scriptural truth compels Christ-like love (not to be confused with unsanctified mercy) toward both peoples. Factual truth (not to be confused with documented distortions) should guide the practical expression of that love. Now, ascertaining scriptural truth requires the use of a proper biblical hermeneutic. Ascertaining factual truth requires extensive research through credible sources. I have dedicated many years to both purposes.

RNS: When I was in Israel, I was surprised that many of the most Orthodox Jews don't actually support the Zionist government. Should we make a distinction between those who are politically Jewish and those who are spiritually Jewish?

ST: I assume that what you mean by “Zionist government” (a term regarded as rather pejorative in this context) is the government of Israel that seeks to perpetuate the existence of a Jewish nation-state. In fact, many of the most Orthodox Jews (called ultra-Orthodox) do support such a government. The ultra-Orthodox, a minority in themselves, form an integral part of the government and have held disproportionately great political and governmental power since the country’s inception. In the last national election, their stronghold was shattered, but most view this as a temporary phenomenon.

Only a small but very vocal, extremist minority of ultra-Orthodox Jews does not support the existence of a Jewish nation-state and its government. This minority believes that a Jewish nation-state should not exist until Messiah comes. As to whether this minority reflects a more righteous form of Judaism, it should be noted that it advocates and practices violence (sometimes murderously) against those with whom it disagrees on matters of Jewish law, especially targeting Jewish believers in Jesus. Typically, the same biblical hermeneutic that results in their political views on Israel also results in their (quite mistaken) belief they should not speak to or mingle with Gentiles unless those Gentiles align—or may potentially align--with them to oppose critical matters such as the nation-state of Israel. In any case, it is not the concept of a Jewish nation-state this vocal minority opposes; it is the timing. In contrast, Jews who believe Messiah has come rarely, if ever, have any difficulty believing He initiated and supports the existence of Israel today.

Bear in mind there are many different expressions of Judaism, as there are with Christianity. The fact that only a small minority of ultra-religious Jews actively opposes the government of the State of Israel is comparable to the small minority of extremist Christian libertarian groups opposing any national government in the United States.

RNS: In your book Why Still Care about Israel?, you actually make a strong case for Christian support of the Palestinian people. This makes some conservative Christians uncomfortable. What do you say to them? What do you think they should do?

ST: I tell them the truth: Palestinians are human beings loved by God and created in His image. Jesus died for their salvation and has a high calling on them as a people. Many are at least partly descended from Ishmael or Abraham’s other sons. Most, like most Israelis, want to end the conflict with the Jewish state and just get on with their lives. Sadly, however, the Palestinian majority is unwilling or unable to control the Islamist minority ideologically driven to annihilate Israel, through both violence and the doctrine of taqiya (lying to achieve higher Islamist goals). What’s just as sad is that polls indicate the majority of Palestinians desiring to end the conflict with Israel still prefer to do so through a "right of return," thereby morphing Israel into a Palestinian state. Until this ideology is relinquished, justice will evade them.

Given these realities, I consistently urge Christians who love Israel to love and pray regularly for the salvation of Palestinians and others throughout the Middle East. God has a uniquely unconditional covenant with Israel, designed to bless all nations, that does not confer any superior status on the Jewish state. But it is unique. A proper honoring of  that covenant does not result in ignoring other related people groups. I encourage Christians to bless Palestinians, especially Palestinian Christians, by working with Israeli Messianic Jews who minister practical aid to Palestinians. This cooperation is critical because the Palestinian-Israeli political and religious landscape is highly nuanced and complex. By co-laboring with Israeli believers, Christians will not unknowingly lend support to Palestinians aligned with the murderous enemies of Israel.

RNS: How do you respond to some Christians who say that if God is truly responsible for Israel’s re-establishment as a state, the country would be more holy and just?

ST: First, by objective biblical standards, Israel is in key respects more righteous and just than many other nations today. While some of Israel’s policies and practices are unjust or unrighteous, compared with the governments of all those surrounding her, she stands as a beacon of human rights. The fact that many do not perceive this is a phenomenon of the war being waged against her in the realms of media and politics.

According to the Old and New Testaments, Israel collectively turns to Messiah in the context of a major military assault. The Second Coming follows. Meanwhile, it is important to keep in mind that Israel’s national restoration is a work in progress, not unlike her first regathering to the land that preceded Jesus’ first coming. The process could take many more years than we expect. Like her first national regathering, it is not an instantaneous event.

RNS: What is the so-called “new anti-Semitism,” and what are some of the global movements that have developed from it, about which many Christians are unaware?

ST: The new anti-Semitism is directed against the Jewish people not so much as individuals but as a nation-state. For nearly 2,000 years, anti-Semitism was expressed toward the Jewish nation as a people, not a state, because the people had no state. Historically, hostility against Jews follows economic, social and political turmoil. Psychologically and spiritually, Jews have historically been regarded as a scapegoat for a society’s internal frustration or anger. Historical anti-Semitism became politically incorrect after the Nazi Holocaust. But in 1948, a Jewish nation-state was reestablished by international law. Hostility toward Jews as individuals no longer being acceptable, that hostility has been increasingly redirected at Israel.

Certainly not all criticism of Israel is anti-Semitic! But criticism of Israel is so out of proportion to criticism leveled against any other nation, often so extremely emotional, and commonly so distorts the facts as to defy any fair explanation apart from anti-Semitism. For that reason, along with some other countries and organizations, the US State Department defines criticism of Israel as anti-Semitic when any of the following occur: (1) employing a double standard that judges Israel or Israeli actions by secular standards not used for other nations; (2) delegitimizing Israel by challenging its right to exist as a sovereign Jewish nation-state; or (3) demonizing Israel through communications historically associated with anti-Semitism. The global Christian movement calling for the boycott of Israeli products and divestment from Israel incorporates all three elements of the new anti-Semitism.

RNS: Eschatology is so important in this debate. Where do you believe we are in God’s prophetic timetable, and how does that shape your thinking?

ST: Eschatology has been given undue prominence in the Palestinian-Israeli discussion (I prefer that term to “debate”) on both sides. In the past, many Christian Zionists have wrongly overemphasized prophecy, as stated earlier. Today many Christian Palestinians overemphasize that overemphasis. I regard God’s covenant with Israel, not the end times, as the more critical factor in the discussion. Israel’s restoration is an expression of God’s covenant mercy and grace to restore all nations. Now, His covenant is based on divine election. The concept of divine election offends many people today because it is not properly understood. My new book addresses the broader, universal purposes of Israel’s ongoing election.

I question whether God has a “prophetic timetable” at all---although He certainly has complete foreknowledge of the future. I do believe a period of unparalleled tribulation will come upon the earth, after which Jesus will literally return to rule and reign from Jerusalem. Then, after what the Bible calls 1000 years, He ushers in a new heaven and earth. But regardless of when Messiah returns, His followers are called to worship Him, be conformed to His likeness and fulfill the Great Commission. These matters provide reason enough to love both Israel and the Palestinian people, blessing with wisdom their destinies in God.