TorrentFreak is a news site that focuses on file sharing and intellectual property issues, but may be best known for its occasional reports on the illegal peer-to-peer downloading of files.

The Vatican is not the only place guilty of illegal downloads, based on data gathered by the company: the U.S. Congress and even some of the Hollywood studios waging war against illegal file sharing have hosted their fair share of illicit downloaders.

TorrentFreak founder and director Ernesto Van der Sar said that because of the small number of downloads and the Vatican’s tiny population, it is difficult to draw conclusions about whether the number of illegal downloads at the Holy See are unusually high or low. But some conclusions can still be drawn.

“Keep in mind that with numbers this small, what we are seeing could be the work of as few as three or four individuals,” Van der Sar said. “One thing that stands out, though, is the lack of downloads of recent content. Usually, you see a lot of downloads of the latest blockbusters or new television series. But there is almost none of that at the Vatican.” 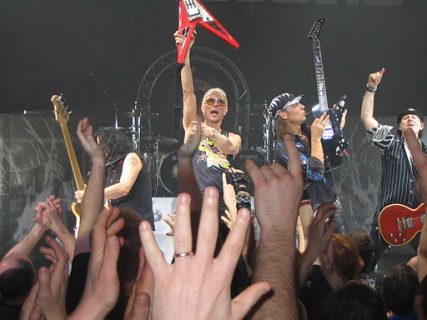 In addition to Scorpions’ “Very Best Greatest Hits” and Will Smith’s sci-fi adventure “After Earth,” other illegal Vatican downloads include the video game Football Manager and the two-year-old comedic crime thriller “Seven Psychopaths” plus — perhaps more appropriately — the pilot episode of “Save Me,” a television series about a girl who thinks she’s God, and a documentary on Leonardo da Vinci.