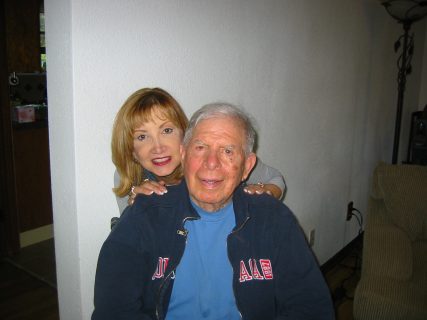 The dining room table was pulled away from the wall for a festive meal. The linens were ironed. The smell of turkey, dressing and sweet potatoes wafted through the house. Mom was polishing the silver.

Wissink, then a sophomore in high school, realized her mother had come home from work early to prepare a feast.

“Mary,” her mom said, “today you have the right to your own body.”

It was the day the U.S. Supreme Court affirmed the legality of a woman’s right to an abortion. Wissink and her family have been celebrating Roe v. Wade anniversaries ever since.

“She was so excited,” Wissink recalled. “I don’t think it’s something we think about now. The younger generation doesn’t think about how hard these women — our moms, older sisters, grandmas — worked to get their own rights.”

This year, Planned Parenthood of Greater Washington and North Idaho will join Wissink in her celebrations by hosting “Celebrate Roe” parties throughout the region to commemorate “reproductive justice.”

Around the country, celebrations such as these are often overshadowed by protests on this divisive issue. Thousands took to the National Mall in Washington, D.C.,  on Wednesday (Jan. 22) during the annual March for Life.

“To celebrate Roe is to deny natural law, to deny science, to deny common sense … to put oneself before the life of God’s own children,” he said.

But legalizing abortion was always something Wissink’s mom, also named Mary, was vehement about. When she was a high schooler in the 1940s, her friend and classmate was raped. The classmate had an abortion, hemorrhaged and as a young teenager was forced to have a hysterectomy.

Wissink said her mother, who died in 2003, could never tell the story without crying.

“She had to watch her friend go through that,” she said. “She had no resources. There was no safe place for her to make that decision. It really hit my mom hard.”

The story stuck with Wissink and she said it continues to fuel her to fight for women’s rights. The story also changed her father, Al. He was studying to become a Jesuit priest when he fell in love with her mother.

Wissink said she’s often asked how she can be Catholic and favor legalized abortion.

“It’s because I’m Catholic that I feel this way,” she said.

Each year on Jan. 22, she celebrates the Roe v. Wade anniversary with friends and family and with an elaborate meal, either at home or at a restaurant. She also drinks a dry martini in honor of her mother.

“Women should have the right to affordable and good health care and the right to make their own decisions,” Wissink said. “That’s why we need to celebrate Roe v. Wade.”