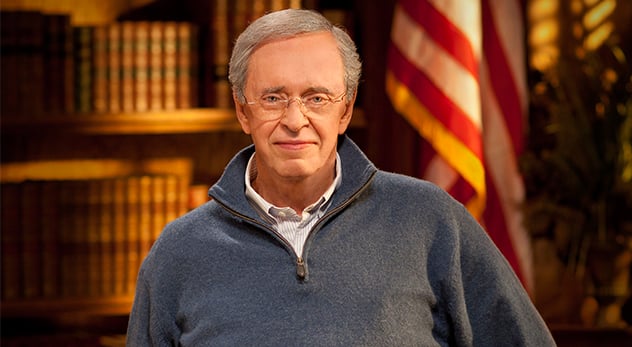 At 81, pastor Charles Stanley is an evangelical icon whose sermons are broadcast on more than 2,600 television and radio outlets in more than 50 languages worldwide. – Image courtesy of Icon Media Group

When 81-year-old preacher Charles Stanley sat down to think about what he wanted to write about in this phase of life, one word kept coming to mind: emotions. From bitterness to guilt and fear to depression, the pastor of First Baptist Church of Atlanta says emotional struggles top the list of maladies he sees plaguing his flock. So the “New York Times” bestselling author whose sermons are broadcast on more than 2,600 television and radio outlets in more than 50 languages worldwide sat down to pen a personal book: “Emotions: Confront the Lies. Conquer with Truth.” Here, I talk to Stanley about emotions, healing, and what he struggles with at this stage of his own life.

RNS: As a pastor, how have you seen damaged emotions impacting folks in your congregation?

CS: Well I have seen it in many ways. Everything from divorce to suicide. And so often it has been the result of things that happened very early in life that they never dealt with. Or didn’t know how to deal with. Often times, they blamed somebody else for their feelings and emotions. And if a person is emotionally unstable, they’re not only miserable but they make everyone around them the same way.

RNS: What would you say the divine intention was in God allowing some of the more difficult emotions like rejection, guilt and despair?

CS: Well, I think those emotions are not from God. I think they’re from our fallen nature. In other words, fear is something not of God. How many verses of Scripture say, “Do not fear”? Neither is rejection, for God wants us to accept his acceptance of us, though many do not. Bitterness is certainly not of God; it’s destructive. Guilt is a result of disobeying God. Despair or discouragement–all of these things come as a result of not having a right relationship with God and right understandings of emotions.

RNS: Can you tell us about someone who you’ve seen healed and set free from some of these damaging emotions?

CS: Yes. I think of a lady who came to see me who was blaming her problems on her husband–what he would and wouldn’t do. I kept listening and listening and listening. Finally, I said, “Tell me about your father.” Because I knew where it was coming from. I’ve discovered that if a woman has a poor relationship with her father–rejected by him or abused by him, ignored by him–she will have a  difficult time when she’s married. Because her heart’s desire to build a relationship with a man starts with her father, and if that isn’t right, she’ll have a difficult time in marriage. I see all kinds of trends just like that.

RNS: And how does somebody like that find release and healing, in your opinion?

CS: Well, first of all they have to believe. You keep talking and you help them realize that God placed within a woman a right relationship with a man, and that father image has got to be right because that’s the first big image in their lives. It’s going to be the one that impacts them throughout life. If they can acknowledge that is true and that the relationship hasn’t been right, and if they’re willing to let God change their attitude—and He is certainly willing to—then God will change all of that. He can heal all of that. But it’s a matter of recognizing it, and believing that God heal it, and then asking God to do it.

RNS: Is there an emotion in particular that’s been a thorn in your flesh? Which one have you struggled with the most?

CS: The one that comes to the surface quickly is rejection. Because I grew up in a tough situation. My father died when I was nine months old and my mother married again when I was nine years old. And this man rejected me right up front. And I lived with that through those early teenage years of life. And if somebody would have said, “Well, that didn’t bother you did it?” I probably would have said “no.” But years later, I realized that those years of rejection as a kid really sunk deep into me. Finally, after a lot of praying and having some friends of mine speak with me about it, I was able to get over that rejection. I think that’s one of the worst. And so many people feel it, and it affects every area of your life.

RNS: Thinking about fear, as you look toward the future, do you fear dying?

CS: No, I don’t, for the simple reason that God makes it clear in his Word: “Absent from the body, present with the Lord,” for those of us who know Christ as Savior. And the fact that Jesus died at Calvary, and his blood shed for us paid our sin debt in full, there is no reason to fear death. So I don’t.

>>WATCH: Dr. Stanley shares how he thinks a person should confront rejection: 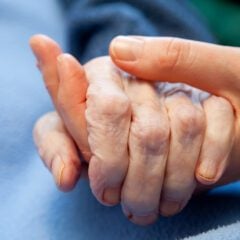