(RNS) Mormons have always been dead set against alcohol, except when they weren’t. 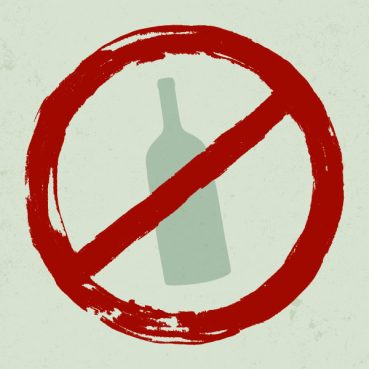 The LDS abhorrence of coffee, tea, tobacco and liquor (“Lips that touch wine shall never touch mine”) was not always absolute — a point to bear in mind as church leaders flex their political muscle to oppose legislation that would ease Utah’s alcohol regulations.

The Word of Wisdom is a dietary code with many head-scratching restrictions, squishy provisos, and openly flouted prohibitions. Don’t take my word for it; read the original passed on to the world via Joseph Smith in 1833 in Doctrine and Covenants section 89, available atwww.lds.org.

Unless you’re willing to drink wine of your own making at sacrament meeting and swear off summertime barbecue, hot chocolate, barley (except for mild drinks), you’re not doing it right.

For matters of simplicity, the modern LDS Church has deigned the Word of Wisdom to be a blanket prohibition on the use of tea, coffee, tobacco and alcohol. But early in their history, Mormons who enjoyed the occasional tipple or chaw could get a temple recommend and enjoy all the privileges of a member in good standing.

Early Mormon settlers built breweries in the Salt Lake Valley almost as soon the wagons were unpacked. The church disapproved of diverting valuable resources to making alcohol — until it discovered passing gentiles who were only too willing to pay hard cash for the stuff. The department store known as ZCMI (Zion Cooperative Mercantile Institution) sold beer, wine and even Valley Tan, a locally produced whiskey.

Hotel Utah, built by the church in 1910, boasted a basement with one of the finest bars in the West. Proceeds from the bar were used to pay off the $2 million cost of construction.

In what became known as the Wine Mission, European converts in the 1860s put their viticultural expertise to work and produced 3,000 gallons of wine a year in southern Utah. Brigham Young lauded their efforts: “I anticipate the day when we can have the privilege of using, at our sacraments, pure wine, produced within our borders.”

The crystal decanters I saw some years ago on a sideboard in Young’s summer home in St. George probably weren’t meant for lemonade.

Young discouraged the use of tobacco at church meetings, but he didn’t forbid it either. Spittoons were installed in the Salt Lake Tabernacle after he complained about the spittle besmearing the floors.

Young was urged to make the Word of Wisdom a test of fellowship, but he said, “I do not think that I shall do so.”

That job fell to Joseph F. Smith. In 1902, he was the first church president to make the Word of Wisdom mandatory. Kind of. He urged local leaders to allow leeway with the old men and their tobacco and the old women and their tea. Many church leaders and members, however, continued to drink their wine, beer and coffee with a clear conscience.

In 1921, Heber J. Grant aligned church policy with the national temperance movement and made absolute abstinence church law. The culture of open warfare on demon rum is at least partly a legacy of that alliance. Grant never forgot or forgave the rogue Utah Legislature that very publicly thumbed its nose at his wishes and repealed prohibition in 1933.

Since then, the church has taken a keen interest in Utah’s liquor laws; witness the extraordinary sight this last week of a Mormon general authority going on YouTube to tell the legislature that Utah’s current laws are just fine and not to worry what others might say.

These days one could almost wish for a little more Brigham Young and a little less Carrie Nation.

(Pat Bagley is the editorial cartoonist of The Salt Lake Tribune.) 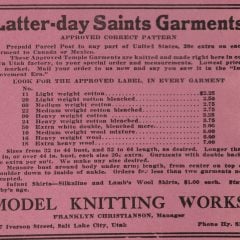 News
Rabbis express concern about excesses of Purim celebrations
Follow us on Facebook!
Submit your photos to RNS