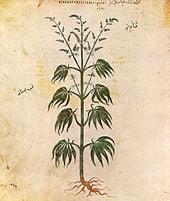 A woman smokes a joint at 420 Marijuana Day in 2013. Last year, the debate over pot legalization was reignited. - Image courtesy of GoToVan (http://bit.ly/1jByeVZ)
January 27, 2014
Jonathan Merritt

When President Obama insinuated to David Remnick of “The New Yorker” last week that marijuana is less dangerous than alcohol, it was more than a buzzkill to anti-pot advocates. It was an affront to many evangelicals who have opposed legalizing weed since at least the Reagan administration.

The war on drugs, a cornerstone issue of the culture wars during the 1980s and 1990s, had all but flickered out in recent years. Americans, including religious ones, have been more focused on the economy, terrorism, and other social issues of late.

But when Washington and Colorado legalized the recreational use of marijuana last year, the embers of argument warmed. Only this time, some evangelicals—long considered to be among the country’s strongest anti-pot advocates—seemed less passionate about the issue while others decided to keep fighting. Unfortunately, those believers still making the case against cannabis appear to be focusing on the individual and not social elements of the issue.

In a post bearing the cheeky title, “Don’t Let Your Mind Go to Pot”, prominent pastor John Piper argued that Christians should oppose marijuana use because the Bible teaches “your body is a temple of the Holy Spirit.”

“Keep [your body] clean and ready for [God's] use,” Piper wrote. “Don’t dull your God-given powers of seeing clearly, and observing accurately, and thinking soundly, and remembering helpfully.”

Similarly, Joe Carter, director of communications for the public policy arm of the Southern Baptist Convention, argued on his blog that marijuana use is almost always sinful. Carter told me that though the Bible doesn’t specifically mention marijuana, “we can reason analogically from Scripture to the similar case of alcohol.” Because the Christians scriptures prohibit drunkenness, Carter reasons that marijuana intoxication would also be a sin.

Fewer than one in four Americans think smoking pot is a sin, according to a 2013 Public Religion Research Institute poll. Only 29 percent of white evangelical Protestants said they believed the Bible prohibits its use.

Brett McCracken, author of “Gray Matters: Navigating the Space between Legalism and Liberty,” says the issue is more a matter of one’s reputation or "witness." He says Christians should oppose smoking weed, even for medical purposes, because the act is associated with laziness, irresponsibility, rebellion and mischief.

“Christians must be mindful of pot's controversial and hazardous reputation in culture, and be sensitive to the perspectives of both other Christians and unbelieving observers,” McCracken told me.

Whether the argument is about personal health, personal holiness, or personal reputation, most evangelical voices seem laser-focused on individual responsibilities and actions. Many seem to be overlooking the social components at play. Indeed, the Bible itself warns against social sins as well as individual sins.

As theologian Susan Brooks Thistlethwaite rightly reminds, “We might think primarily of the individual body and marijuana use, but first let us consider the social body and what will happen to our social body by legalizing marijuana.”

As is usually the case, the social dimension of the marijuana debate is not nearly as simplistic as the individual.

If marijuana is legalized en masse, American culture can expect to face a litany of potential negative social impacts. Marijuana affects attention, memory, and the ability to think clearly for days or even weeks after use. A recent meta-analysis of 48 studies found that pot was associated with “reduced educational attainment.” Those who smoke cannabis are less likely to complete college and tend to make less money than their non-smoking counterparts.

Additionally, people who admitted to using marijuana or cocaine in pre-employment tests have higher rates of workplace absenteeism and work-related incidents. This represents an untold economic impact if recreational use of the drug is normalized.

And yet, many in society—particularly the poorest members—are already experiencing deleterious effects of the current war on drugs. The negative social impacts of our current situation have been detailed by many of late, including Michelle Alexander, in her illuminating book, “The New Jim Crow: Mass Incarceration in the Age of Colorblindness.”

Though the drug is at least as prevalent in middle-class white communities as predominately minority-inhabited inner city neighborhoods, current laws (such as “stop and frisk”) have created an exponentially higher marijuana arrest rate among blacks. And a marijuana conviction against an inner city young person acting foolishly could mean they’ll be “deprived of professional or driver’s licenses, educational aid, food stamps, public housing, their right to vote, and they may find themselves fired and unable to find new employment, having been marked by society as little more than a criminal.”

To get a full picture, you must add to this the economic boondoggle that is the American war on drugs. We’re spending billions of dollars—money that could be invested in proven social goods—to achieve marginal results. These two elements are just the tip of the iceberg of the damaging side effects of our current drug war. As it turns out, the racial, economic, and yes, sin elements of this debate are more complicated than we might assume.

It's good to talk about the individual elements of this issue, from impacts on one's health to whether or not it should be considered sinful. But we must also begin thinking about the broad communal and social elements at play.

If evangelicals want to fight the legalization of marijuana—and recent polls show they are increasingly less willing to do so—then they are going to need to have a full-orbed conversation. Let's "Just Say 'No'" to letting American individualism or simplistic pietism drive our theology and thinking, as evangelicals are often wont to do, and instead step back and have a Biblical but complete conversation.