DUBLIN (RNS) For years, many Irish parents sought to school their children outside the Roman Catholic Church, which dominates the country’s education system. Now a ruling could force the Irish government to do just that.

Students at the launch of Catholic Schools Week on Jan. 20, 2014, in Dublin, Ireland. The launch took place at St. Dominic’s College, and more than 200 staff and students from 14 local schools participated. Photo courtesy of Brenda Drumm, Catholic Communications Office

On Tuesday (Jan. 28), the European Court of Human Rights found the government was liable in a case in which a principal sexually abused a student, then 9 years old, when she attended a state-funded Catholic school in the 1970s. An Irish court had rejected her claims on the grounds that the school wasn’t public, but the European court decided the government had failed in its duty to protect children.

The ruling touched on an issue that has taken on greater urgency in recent years as sexual abuse scandals have rocked the church and more nonreligious people have immigrated to the staunchly Catholic country: Who should run Ireland’s schools?

The Catholic Church runs 90 percent of primary schools in Ireland. The rest are mainly Protestant, and about 4 percent are managed by the nonprofit Educate Together, which is nonsectarian.

The arrangement is unsettling to some parents who have little choice in where to send their children.

“They integrated religion into every subject in the school,” said Martijn Leenheer, an atheist who moved from the Netherlands to a small village in west Ireland eight years ago. “For instance, in biology, they would say ‘God created these flowers.’ Even in math they do it. They basically make religion part of everything in the school.”

Although he requested that his son opt out of religious classes, Leenheer later found that his son was learning how to recite prayers and said the school’s principal was unsympathetic to his concerns.

Eventually Leenheer moved his family so his son could attend an Educate Together school.

Ireland’s system of school patronage provides for public funding of schools but allows private groups to establish schools as long as there is sufficient demand.

Long the most powerful institution in Ireland, the Catholic Church has established more than 2,500 schools under the system. Educate Together has 68 schools, mainly in urban areas.

Responsible for their own admission policies, many Irish schools often favor baptized Catholics when enrollment exceeds available seats. As a result, parents sometimes baptize their children in the Catholic faith so they can receive an education.

“There should be freedom of religion and at the moment that is impossible,” said Jones Irwin, a lecturer at St. Patrick’s College in Dublin.

Prayers at the beginning and end of the day as well as Catholic or Protestant icons are common in Irish schools, said Irwin.

But Irish society is changing.

The number of people describing themselves as “not religious” jumped by 44 percent between the 2006 census and the most recent count in 2011. A 2010 Irish Times poll found that 61 percent of respondents believed the Catholic Church should give up control of schools. Meanwhile, attendance at Mass in Ireland has plummeted.

Even the Catholic Schools Partnership, an association representing Catholic schools in Ireland, agreed there is a problem.

“The system allows for opt out but a school must provide that opt out,” said the Rev. Michael Drumm, partnership chairman.

But Drumm said it would be unfair to say parents are forced to baptize their children. “The vast majority of Catholic schools are not oversubscribed at the moment and are open to everybody,” he said.

Teacher training programs have broadened the curriculum to instruct teachers on other faiths. Ireland’s national curriculum authority is currently writing a new, broader curriculum for schools.

As part of a study on the church’s role in schools, Ireland’s Department of Education found that around 8 percent of parents in some areas said they might move their children to nondenominational schools if given a chance.

“Everyone accepts that there’s probably an oversupply of Catholic schools at primary level,” said Drumm, though he added that a “blanket divesting” from church-run schools would only harm the education system.

“They might hand over a few schools here and there to try to give the impression that something is happening on the ground, but in reality they have no intention of handing over enough schools to radically change the system,” she said.

But the mere fact that Ireland is having the debate, albeit with the help of the European court, shows that the country is growing more diverse even as it retains its strong Catholic identity.

“For the first time that I’ve seen in Ireland, people are really interested in these questions now,” said Irwin. “Maybe people will say, ‘Actually, you know, we quite like what we have and we want to hold onto it.’ But we need to have that discussion.” 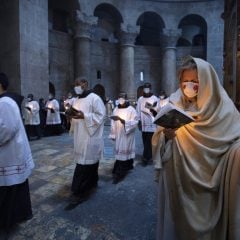 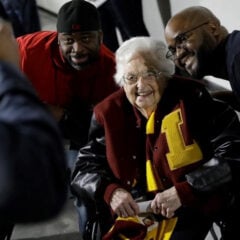