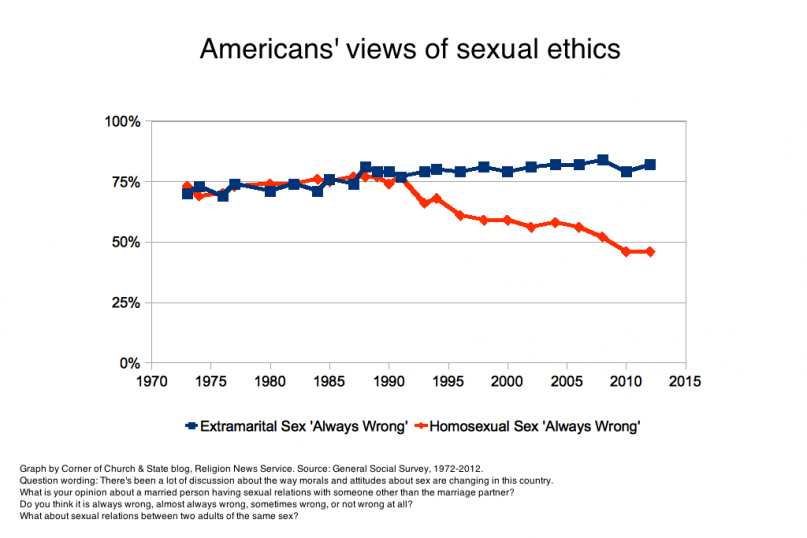 Americans’ views of sexual ethics has changed dramatically over the past four decades — but not completely in a liberal direction. Sure, views about premarital sex and homosexual relationships are now less conservative, but Americans are now more against extramarital affairs than they were in the 1970s and 1980s.

The General Social Survey (a federally funded sociological survey) has included questions on sexual ethics for the past 40 years. When the survey began, seven-in-ten Americans said extramarital affairs were ‘always wrong’ and about the same percentage said the same about homosexual sex.  In the 1990s, this began the change. Views about homosexuality became more tolerant — today less than half of the public says that it is always wrong. Public opinion toward affairs, however, became more conservative with just over 80 percent now saying that it is always wrong. 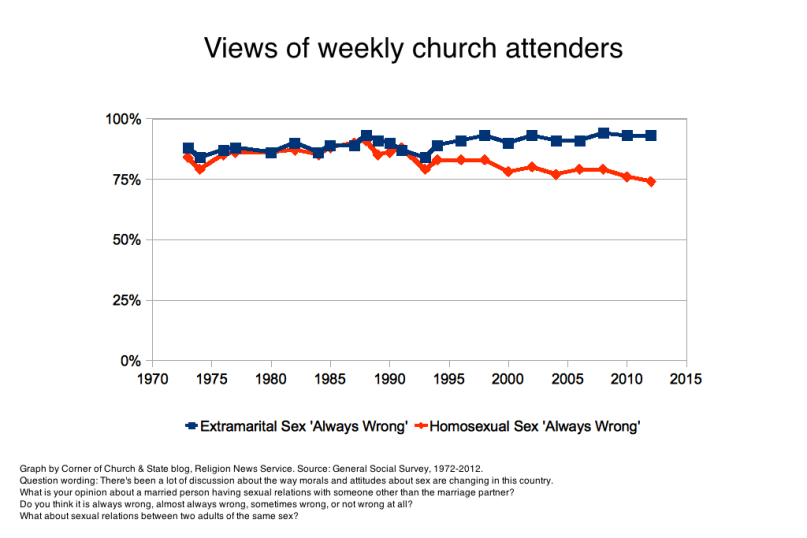 Religion, of course, reinforces traditional stances on sexuality. Yet, we see a split growing between views of extramarital sex and of homosexual sex. In the 1970s, 80 percent of those who attended church every week were opposed to extramarital affairs and to homosexuality. Today, opposition to affairs has increased while resistance to homosexual sex has waned. 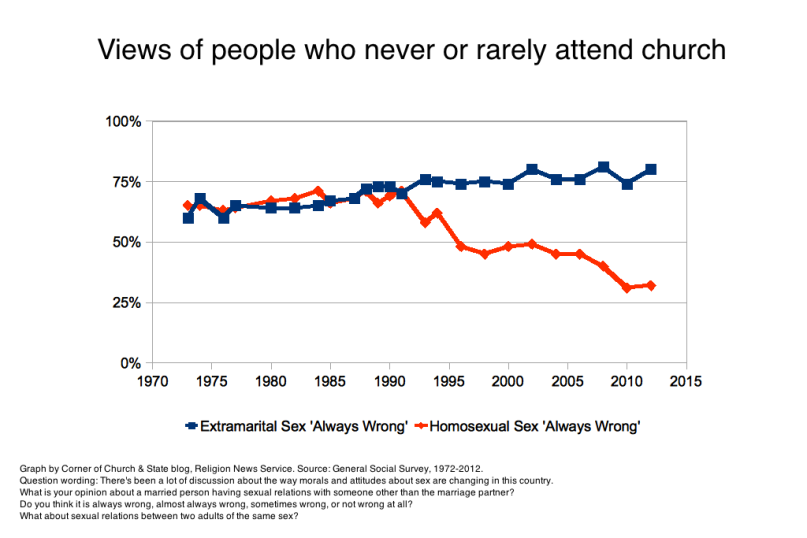 Those who rarely or never darken a church door have been more liberal in their sexual ethics, but this views have also changed in both a liberal and conservative direction. On homosexual relationships, the less religious have moved from high to low opposition. During this same time, their view on sex outside of marriage has grown more traditional.

Posted in
Beliefs Opinion Tobin Grant: Corner of Church and State
Get the RNS spiritual guide to the 2020 election