(RNS) Many of us believe skyrocketing income inequality is the most important economic, political and moral issue confronting our nation. Everyone from members of Congress to Pope Francis has called for action — and now our president is leading by example.

President Barack Obama delivers his State of the Union address in the House Chamber at the U.S. Capitol in Washington, D.C., on Jan. 25, 2011.

In his State of the Union address, the president announced he would sign an executive order to raise the minimum wage to $10.10 an hour for a group of federally contracted workers. Recent research has revealed that the federal government is our nation’s leading low-wage job creator, creating more than 2 million jobs through federal contracts, loans and grants. With this stroke of the pen, the president will begin to transform the lives of many of these Americans who are struggling to survive.

Unfortunately, many conservative commentators are criticizing the president’s action. They claim he is overstepping his legal authority and even violating his constitutional powers.

What these naysayers fail to recognize is that previous presidents have invoked their executive powers to open the doors of economic opportunity for people struggling at the margins. When the country was being torn apart by racial inequality, President Lyndon Johnson issued an executive order to bar discrimination by federal contractors. In this moment when our national unity is being threatened by income inequality, President Obama’s executive order mandating contractors to pay a higher minimum wage follows the legal precedent established by Johnson.

During the civil rights era, Martin Luther King Jr. reminded us that there is a higher moral law of justice that people of conscience must follow. Today, Pope Francis reminds us that “money must serve, not rule” and that a moral economic system should “set about providing each inhabitant of the planet with the minimum wherewithal to live in dignity and freedom, with the possibility of supporting a family, educating children, praising God and developing one’s own human potential.”

Ultimately, our faith compels us to be in solidarity with people who suffer at the margins of our economy. The Christian Scriptures say that we will be judged for what we have done for those in poverty.

Using this moral standard, Obama’s executive order is more than justified; it is required.

We know this because we have marched with these workers as they went on strike as part of the Good Jobs Nation campaign, and we brought a group of these workers to meet with senior White House officials on several occasions. One of these workers was Robyn Law, a fast-food worker in the Pentagon, who went on strike because she struggles to support her disabled mother and young child on a salary of $8.75 an hour. Another worker was Melissa Roseboro, a grandmother who earns $8.43 an hour and relies on food stamps to put food on the table because she makes so little at her job at the McDonald’s inside the Smithsonian National Air and Space Museum.

We commend the president for his compassionate response to the needs of Robyn, Melissa and their co-workers.

By using the power of his pen to lift the minimum wage for federally contracted workers, Obama is affirming the dignity and worth of all working people. As the CEO of the federal government, he is also sending a powerful message to the CEOs of private corporations that they too must honor their workers with just wages. Let’s pray that these CEOs, as well as our Congress, follow the president’s example.

Still more need to be done. As people of faith, we must continue our efforts to make sure the government uses its contracting clout to ensure corporations pay workers living wages and benefits, follow labor laws and give workers a seat at the table so they don’t have to go on strike to have their voices heard.

Thank you, Mr. President, for taking an important first step in this direction and for leading us toward a more moral economy.

(Sister Simone Campbell is executive director of Network, a national Catholic social justice lobby. The Rev. Michael Livingston is national policy director of Interfaith Worker Justice and a former president of the National Council of Churches.) 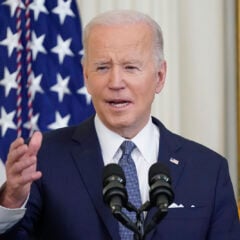 Opinion
In State of the Union, Biden needs to return to the battle for the soul of America 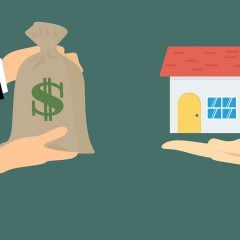 News
Infrastructure bill includes energy efficiency grants for houses of worship
Follow us on Facebook!
Submit your photos to RNS