Author Leslie Leyland Fields has teamed up with Dr. Jill Hubbard to help people forgive their mothers and fathers. – Image courtesy of the author

Forgiveness is always difficult, but it is especially messy when family is involved. In “Forgiving Our Fathers and Mothers: Finding Freedom from Hurt and Hate,” award-winning Christian author Leslie Leyland Fields has partnered with psychologist Dr. Jill Hubbard to tell readers how they can begin moving past the bitterness caused by parents to place of health and wholeness. Here, we discuss the myth of the perfect family, how to forgive those who keep causing pain, and whether it is possible to fully forgive a parent who has died.

RNS: The “myth of perfect family” is really a myth, isn’t it?

LLF: Yes, and we’ve got a serious problem with this in our churches, elevating “godly families” and judging “worldly families.” [tweetable]Some families are just better at looking good.[/tweetable] And sometimes when “godly families” have a teaching platform, they prescribe their own family recipe for “success,” which tends to be simplistic and rules-based. There’s not a “perfect” family because we’re all sinners raising sinners.  I’ve got great kids and a wonderful husband, but struggle like everyone else. We need to stop passing judgment on one another and pass God’s peace and grace instead.

RNS: You talk about the importance of forgiveness in your book, but how do we forgive those who don’t want it? Those who don’t think they’ve done anything wrong?

LLF: Most parents are aware of at least some of their failings. They hoped to be and do better raising their children, but you’re right, plenty of parents are defensive and blithe to the ways they harmed their children. Nor are they interested in knowing about it later. We forgive them anyway. [tweetable]We don’t limit our forgiveness to those who earn it through repentance and apology.[/tweetable]

RNS: And then how do we offer forgiveness to those who continue to cause pain even as we forgive?

These are the hardest situations. While forgiveness ideally leads to reconciliation, it doesn’t always. And in some cases, it shouldn’t. Some parents are so toxic and damaging, there must be separation. You can decide to forgive, and then move away to regain your health and sanity.  Or you might refuse that parent access to your children, for your children’s sake. Offering forgiveness does not mean approving of or allowing ongoing abusive or destructive behavior.

But understand also, forgiveness is not a one-time act, a single transaction. I think it’s no accident that in the Lord’s Prayer, “Give us this day our daily bread” is followed with “And forgive us our sins as we forgive those who sin against us.” As we begin a habit of forgiving others, we are able to forgive more easily, but we also take offense less often.

RNS: What is the most common cause of pain between children and parents?

LLF: Not feeling loved. Children, no matter how old, have an inherent need to feel loved and supported by parents. It’s essential to a healthy identity. And too many parents are unable or unwilling to do this.

RNS: Is divorce a significant cause of pain between parents and adult children? How do children of divorced parents move beyond the hurt?

LLF: I’m not a psychologist or counselor, but there’s little doubt that the divorce pandemic is causing huge rifts between children and parents. Often divorce happens because one or both of the spouses is self-focused rather than family-focused. We’ve so prized individual rights and freedoms, even mothers and fathers are unwilling to give up what they believe are their own inherent rights for the sake of their children.

But forgiveness after divorce is possible. A willingness to extend compassion to both parents can begin the process, but usually some kind of counseling with both the child and parent would help enormously.  Regardless, the child must move forward with her life and look to the Lord for healing and wholeness. Mother and father wounds can be healed by our mothers and fathers, but most of the time, the real healing will come from our Heavenly Father.

RNS: Statistics show that parents hug their children less as their children age. How important is regular affection in nurturing a healthy relationship with adult children?

LLF: Sure, hugging is good. I hug my adult children as much as I can—but we have to know that physical affection is not an end in itself. A hug won’t fix that crummy relationship with your child. A healthy relationship requires communication, time, sacrifice, prayer, parties, campouts, questions, patience and, of course, forgiveness.

RNS: What about bitterness toward a parent who’s passed away? Is it still possible to forgive?

LLF: Those who have disappointed us often still live in our heads. We hear their voices, their disapproval, their negativity. We relive the events that hurt us, and each time that happens, we have the opportunity to reclaim the past.

[tweetable]Forgiveness has the power to travel back through time.[/tweetable] The purpose is not to airbrush the past, but to tell a truer story about what happened. A story that includes our own failings, that recognizes we are all made of dust and stumble in many ways. That recognizes that most of our parents did their best, and they themselves were deeply wounded. When we bring this level of understanding to who they were and the pain they caused, we can release them from our judgment and condemnation.

Soon, we’ll find those voices quieting. We’ll find ourselves recognizing and even celebrating all that was good in them. We really have been given the means to be whole people and to bring restoration–even to relationships from the past. 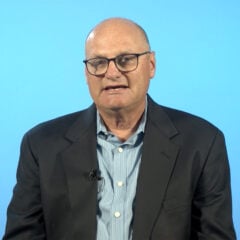