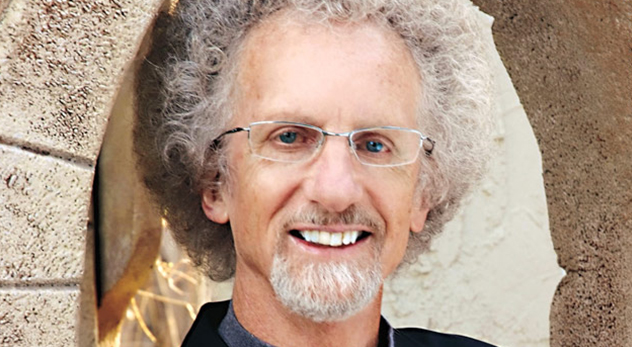 For many Christians, Philip Yancey needs no introduction. He’s written thirteen Gold Medallion Award-winning books, 4 of which sold more than a million copies. From grace to prayer to the real Jesus, he’s always tackling the burning spiritual questions. With his new book, “The Question that Never Goes Away,” Yancey tackles how to answer a universal question: “Where is God when we suffer?” Here, I discuss with the bestselling author how he answers this question and what he’s learned about finding God in tragedy.

RNS: You’ve traveled the world visiting places devastated by war and disasters, natural and manmade. What have you learned from journeying with those who suffer?

PY: I’ve learned that words don’t matter nearly as much as personal presence and practical help. We all struggle with the “Why?” questions surrounding the problem of pain and suffering, but a person going through it is usually not investigating philosophical questions; they’re just trying to survive and heal.

The calming effect of community and personal presence is scientifically verifiable. I have a friend who participated with a medical student in a pain experiment. They found that a person with feet in a bucket of ice can stand the pain much longer if a friend is with them holding their hand. Every study shows that people recovering from surgery heal faster if they’re engaged with a supportive community.  It makes sense: a caring community can help relieve stress, fear, anxiety, the very things that keep us from healing well.

RNS: As you’ve moved among those whose lives have been ripped apart by conflict, how have you seen light penetrate the deepest darknesses people endure?

PY: I like to quote Fred Rogers of Mister Rogers’ Neighborhood.  When he heard about tragedies as a boy, he felt scared. His mother would tell him, “Fred, look for the helpers.”  In this book, I tell of three very different suffering situations: a natural disaster, the tsunami in Japan, human brutality in war-torn Sarajevo, and the smaller-in-scale but horrific shooting tragedy in Newtown, Connecticut.  In each of these places the church was there: building houses in Japan, working for peace in Sarajevo, bringing comfort and hope to Sandy Hook. As a journalist I’ve seen those shafts of light again and again.

RNS: You spoke to those suffering in the wake of the school violence in Newtown, Connecticut. What was that like?

PY: I was terrified. But the more I thought and prayed about it, I realized that Christians have words of comfort and hope to offer at such times. I had been reading some of the New Atheists at the time—Dawkins, Hitchens, Harris—and it occurred to me that they really would not have words of comfort or hope. If you believe this is a random universe of “blind, pitiless indifference,” with no transcendent meaning and nothing ahead but extinction, well, that doesn’t do much for parents who just lost their 6-year-old.

As a Christian, I begin with strong assertion that God is on the side of the sufferer, not against the sufferer. Christians believe that God joined us in our suffering, which is a major theme of the Incarnation. And God has promised to remake the world into a painless and deathless one. Yes, it takes faith to believe all that, but for those who do, comfort and hope are real.

RNS: Thirty years ago you wrote Where Is God When it Hurts?, and now a string of recent tragedies have reopened this question for many. Do traumatic events more often harden or soften people’s hearts to God?

PY: Both. I remember reading a study of Holocaust survivors. About 10 percent lost all faith and about 10 percent emerged with stronger faith in God. When questioned, one of the latter group said, “Where else could we turn?” What embitters some softens others and opens them to investigate spiritual reality. [tweetable]Suffering “turns up the volume” of what matters most in life.[/tweetable]

RNS: Can you offer a glimpse into the ways you’ve wrestled, personally, with the question of God’s presence amidst suffering?

PY: In the book I tell the story of my father, paralyzed from polio, removed from an iron lung when Christians became convinced he would be healed. Instead, he died. I lived under that shadow, and learned that what we believe about pain and suffering matters. Later I wrote articles about tragedy and so many people I interviewed told me, “the church made it worse.” I knew it shouldn’t be that way.

I keep coming back to this topic because it is such a stumbling block to faith and also because I’ve learned that suffering actually gives us the opportunity to focus on what matters most. A few years back I had a life-threatening auto accident. Doctors knew my neck was broken and were afraid one of the bone fragments had pierced a major artery. I might have mere minutes more to live, they said. As it happened, I lay strapped to a backboard for 7 hours until they determined my life was not in danger. During those hours I could only think of three questions worth contemplating:

I should have been living in light of those ultimate questions all along, of course.  It took that concentration of pain to bring them into focus. Pain is inevitable, yet it can be useful and even redemptive.

RNS: What do you want people in the church to know about engaging with those in crisis?

PY: How to help someone suffering is as simple, and as difficult, as how to love. Some need to rage against the night. Some need to be coaxed out of denial. There is no easy formula. I recommend starting with physical presence and relying far more on your ears than mouth. So many people tell me of well-intentioned friends who offer platitudes that just don’t help. “God needed your Daddy” doesn’t help a child who needs Daddy too. “All things work together for good”: there’s truth there, but timing is everything and a time of suffering is not when we need to repeat that.

So, listen well, and look for practical ways to help.  When I ask people who helped them most, they almost never mention a theologian, seminary student, or even a pastor. They mention someone like a grandmother who sits in a chair knitting, bringing water, ringing for the nurse, whatever is needed.

Christianity
Blaming ‘evil’ for mass violence isn’t as simple as it seems – a philosopher unpacks the paradox in using the word
Follow us on Facebook!
Submit your photos to RNS