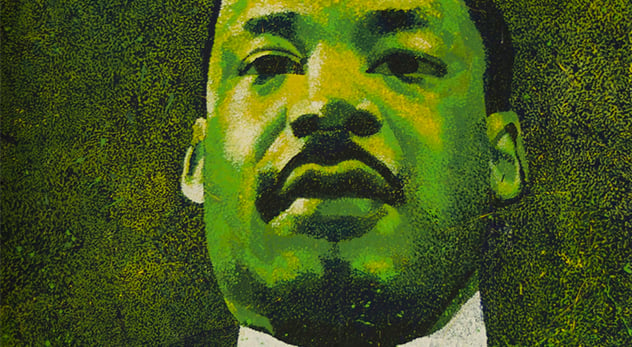 “USA Today” columnist Kirsten Powers kicked the conservative Christian hornet’s nest this week with her article, “Jim Crow laws for gays and lesbians?,” by arguing that religious business owners should not be able to refuse service to same-sex couples. The column questioned the legitimacy of a recent bill, which passed the Kansas House of Representatives, that would allow religious employers and individuals to discriminate against gays and lesbian customers.

Powers rankled conservatives by accusing Christian business owners—such as the bakers and florists who refuse to serve same-sex couples who are being wed—of double standards. After all, she said, they serve “unrepentant murderers through prison ministry.” In the article, evangelical mega-church pastor Andy Stanley echoed Powers’ sentiment, noting that if companies refused service to every couple entering into an unbiblical marriage, they’d go bankrupt.

Many criticisms of Powers’ piece centered on her comparison of the Kansas law with Jim Crow era discriminations of black people by white people. But there is at least one religious leader from the past who would likely agree with Powers: Martin Luther King, Jr.

In a lecture King delivered in 1961 to an ethics class at The Southern Baptist Theological Seminary, the Civil Rights pioneer addressed the issue of whether a business owner in the United States should be allowed to “choose his customers” and those he serves. He responded thusly,

I would say there is a distinction between private property that is purely private and private property that is privately owned but publicly used, publicly supported, publicly sustained. I think there is a great difference between the two…I don’t think anybody should have the right to just come in my house that I may privately own and not leave if I wanted them to leave. I think that that is a private right that we should certainly protect on the basis of the first amendment of the Constitution.

But now if I turn my house into a store—if I turn it into a department store, if I turn it into a lunch counter, or anything like that—then I have certain obligations to the public beyond my particular whims….If a business is in the public market, then it cannot deny access, if it is in the public market, it cannot deny access to this public market. And I think the same thing applies here. It is one thing to say that an individual owns a private piece of property and another thing to say that this property is now a private enterprise where it is actually dependent on the public for its very survival.

And this is why we feel very strong about this, that a man should not have the right to say that on the basis of color or religion one cannot use a lunch counter that is open to everybody else in other racial groups but not to these particular people. He has an obligation to the public….I don’t think America will ever rise to its full maturity until all over this country we say that anybody who’s in a public business cannot deny anybody on the basis of race or color access to that business. He should not have the freedom to choose his customers on the basis of race or religion.

One might argue that King was speaking about race and not sexuality, and we must be careful not to draw too close a connection between the Civil Rights movement and our current conversations about same-sex issues, as some have been quick to do. There are important distinctions between what America experienced in the mid-20th century with regard to race and what we now face.

But we must also consider the context into which King’s words were spoken. The basis upon which many pre-Civil Rights Southerners refused services to ethnic minorities was theological, not just cultural. For them, mingling races was not just improper or wrong; it was sinful.

In the 1950s, “The Alabama Baptist” newspaper editorialized, “We think it deplorable in the sight of God that there should be any change in the difference and variety in his creation and he certainly would desire to keep our races pure.” In 1956, Texas pastor W.A. Criswell, still considered a paragon among some evangelicals, argued before a joint session of the South Carolina legislature that de-segregation was un-Christian.

It was into this context that King argued a public business owner cannot choose to serve certain customers and not others, regardless of religious convictions. He believed a public business must serve the entire public—period. It is not a far leap to see how King’s arguments coincide to our current situation. King’s logic can be boiled down to this: if a business is public, it must be totally public.

We can only conclude—like it or not—that Martin Luther King, Jr. likely would agree with Powers on serving same-sex couples. When it comes to the American marketplace, the ocean of religious convictions stops at the shore of public service.

Opinion
A controversial take: Proposing grace has a place in today’s toxic discourse
Follow us on Facebook!
Submit your photos to RNS