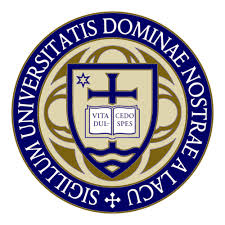 Seal of the University of Notre Dame
February 24, 2014
Mark Silk

Seal of the University of Notre Dame

Last Friday, a somewhat puzzled federal appeals court panel denied Notre Dame an injunction against having to comply with the terms of Obamacare's contraception mandate because the university had in fact complied with them. "As we cannot figure out what Notre Dame wants in the way of preliminary relief," wrote Judge Richard Posner, "we cannot make a determination that it will suffer irreparable harm if we affirm the denial of such relief."

After the contraception mandate was issued last July, Notre Dame filed suit against having to fill out a federal form notifying the insurance companies administering its health plan that as a religious institution it was opting out of paying for contraceptive services for its female students and staff. But faced with fines for failing to provide the coverage unless it gave notice by January 1, the university went ahead and on December 31 filled out the form.

So what exactly does Notre Dame now want by way of injunctive relief? Although its lawyers were hard pressed to give a clear answer to the court during oral argument, the idea is that it just objects to being put in a position  of "triggering" contraception coverage by other parties.

Posner, a brilliant light of the University of Chicago law-and-economics school who was appointed to the Seventh Circuit Court of Appeals by Ronald Reagan in 1981, went ahead and addressed the substance of this triggering objection -- and made short work of it.

[W]hile a religious institution has a broad immunity from being required to engage in acts that violate the tenets of its faith, it has no right to prevent other institutions, whether the government or a health insurance company, from engaging in acts that merely offend the institution...

Notre Dame treats this regulation as making its mailing the certification form to its third-party administrator the cause of the provision of contraceptive services to its employees, in violation of its religious beliefs. Not so. Since there is now a federal right, unquestioned by Notre Dame, to female contraceptive services, the effect of the university's religious exemption is to throw the entire burden of administration of the right on the entities (Aetna and Meritain) that provide health services to Notre Dame's students and staff. The university is permitted to opt out of providing federally mandated contraceptive services, and the federal government determines (enlists, conscripts) substitute providers, and naturally they are the providers who are already providing health services to the university personnel...

What makes this case and others like it involving the contraception exemption paradoxical and virtually unprecedented is that the beneficiaries of the religious exemption are claiming that the exemption process itself imposes a substantial burden on their religious faiths.

Posner provides a number of examples to show how peculiar these cases are. One concerns a conscientious objector who refuses to register as such because he believes, correctly, that his refusal to serve in the military will trigger the conscription of someone else, and he opposes all conscription on religious grounds.

Here's an example of my own -- one not far removed from an actual situation. Suppose a pharmacist objects to selling a particular contraceptive to customers because he believes that it is an abortifacient and he is religiously opposed to abortion. The pharmacy agrees to accommodate his religious objection, requiring him only to inform the customer and a co-worker that he can't ring up the sale. He, however, refuses to say anything to either customer or co-worker, on the grounds that such information would trigger the sale of something he's opposed to.

Religious accommodation is one thing. What's going on here is more like religious obstructionism.