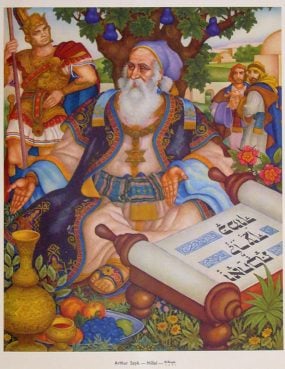 (RNS) Hillel, the largest Jewish college campus organization in the world, provides students with kosher meals, religious services, a rabbi’s counsel and fellowship with other Jews.

And, as the Hillel International’s website states, Hillel exists to bond Jewish students with Israel: “Israel is at the heart of Hillel’s work.”

But some Jewish students are challenging a set of guidelines that ban Hillel chapters from hosting speakers that deny Israel’s right to exist as a Jewish state, or support the Boycott, Divestment and Sanctions movement intended to punish Israel for its occupation of the Palestinian-majority West Bank.

They argue the guidelines drive away students who question Zionism, but still consider themselves Jewish. Since December, two colleges — Swarthmore in Pennsylvania and Vassar in New York — have declared themselves “Open Hillels.”

A petition is circulating to make the University of California at Berkeley’s Hillel an open one — 130 people signed it as of Thursday (Feb. 27). Another petition would do the same at Harvard — 288 people have signed.

“One reason this is taking on national momentum is because it’s a response to the growing diversity within the broader Jewish community in America,” said Aryeh Younger, an organizer with Open Hillel. 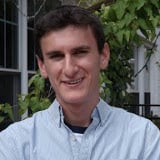 “One reason this is taking on national momentum is because it’s a response to the growing diversity within the broader Jewish community in America,” said Aryeh Younger, an organizer with Open Hillel

“As an Orthodox Jew and a Zionist I am uncomfortable hearing many of the views expressed by some people who critique Israel,” Younger said. “At the same time, myself and others acknowledge that it’s very important to promote freedom of expression within the Jewish community.”

A recent Pew study shows most Jews are highly supportive of Israel. Hillel International crafted the guidelines on Israel in 2010 in response to heavy criticism of the Jewish state both within and outside the Jewish community.

Supporters of the guidelines say there are limits to who a Jewish organization should welcome to its podium, especially an organization set up, in part, to support Israel.

As Hillel International President Eric Fingerhut wrote in an open letter to Swarthmore students in December, they were right to invoke Rabbi Hillel — the ancient sage for whom the organization is named — as a proponent of debate and openness.

“However,” continued Fingerhut, “Rabbi Hillel is perhaps more famous for saying:  ‘If I am not for myself, who will be for me?’”

Asked what the repercussions would be for campus Hillels that declare themselves open, David Eden, a spokesman for Hillel International, responded in an email: “Students can and should be able to say and think what they wish. No one argues that point.”

But what remains unclear is what would happen if a campus Hillel violated the guidelines by, for example, hosting a BDS speaker. Each of the 550 Hillel campus groups is independently funded, but Hillel International organizes programming in which local Hillels can take part.

A cadre of critics — from Palestinian student organizations to a vocal group within the Presbyterian Church (USA) — compares Israel’s occupation of Palestinian territories to South Africa before the demise of apartheid. Some of these critics question Israel’s right to exist as a Jewish state.

But he added: “Many of those who are calling for an Open Hillel are blatant hypocrites.” They forget Harvard Hillel’s attempt to keep the militant Jewish nationalist Meir Kahane from speaking there in 1986, he said.

“As soon as we passed the resolution, we said, ‘Now we’re going to have to put our money where our mouths are,’” said Wolfsun, a sophomore political science and religion major who calls himself a Zionist.

“We asked ourselves, ‘How are we going to bring people together so they can connect — so they feel their identity is not on the line?”