Those were the first words of a short email I receive about a year ago from a person identifying himself as  Michael Reagan,  and who informed me that it was time for Christians to finally begin acknowledging the existence of child abuse.  At first, I had no idea who this man was and why he was writing me.  A short Google investigation later led me to discover that this email was from the son of my childhood hero, Ronald Reagan!  That correspondence was the beginning of a dear friendship with a man that has deeply moved and inspired me in so many amazing ways.

As a child of two famous actors, Michael Reagan was not immune from the dark and destructive offense of child sexual abuse.  As a young boy, Mike was sexually abused for over a year by a perpetrator who owned an exclusive after school care program and whose actions and threats shamed a little boy into silence for decades.   As all sexual abuse survivors, my friend Mike has spent a lifetime processing this horrific offense as he walks along this long and difficult journey of healing.   He has graciously taught me so much about an issue that I thought I knew so much about.  Last week, I had the privilege of introducing Mike to students at Liberty University School of Law and then sat down and listened to him spend the next hour opening up his heart in such a raw and transparent way about this incredibly difficult and personal issue.  Though what I heard cannot be adequately described in written words, I want to share just a snapshot of what this brave man taught me during that hour.

My friend Mike taught me that child sexual abuse shames survivors into silence. A shame fueled by one’s own confusion and pain.  A shame fueled by a fear of what those around will think and say.  A child who is taken to an isolated place and told to take off his clothes as the perpetrator takes pictures, and then later shown those pictures as the  perpetrator says,  “Wouldn’t you mother like a copy of this?”, will be shamed into silence.  A boy who is being victimized by a male perpetrator and sits in church listening to a pastor preach that homosexuals are going to hell, will be shamed into silence. A teenage survivor of sexual abuse who is sent away to boarding school and finds himself wetting his bed each night due to the abuse trauma will be shamed into silently getting up early each morning to discreetly change his sheets before anyone else notices. An abuse survivor who finally gains enough courage to tell his stepmother only to have her initial response be concern about her own reputation, will be shamed into silence.   The list could go on and on. Michael Reagan has helped me understand the destructive power of shame and that its source comes from perpetrators, loved ones, friends, and even inside our churches. 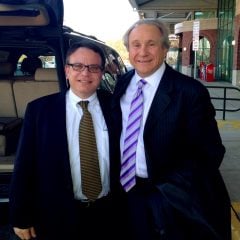 My friend Mike taught me that child sexual abuse picks apart the self-esteem of its victims and slowly destroys them along with causing immeasurable harm to those who love them most.  A teenage boy sexually victimized as a child steals money from his father’s wallet and buys prostitutes in a desperate attempt to try and clear up any confusion about his sexual identity.  An abuse victim convinced that he is worthless and unlovable spends decades sabotaging the relationship with his parents by acting out in anger and hatred towards them.  A father abused as a child tears down his child in a desperate attempt to build up his own self-esteem.   A grown man who was sexually abused as a child finds himself taken back to being a helpless child whenever faced with challenges where he feels helpless or exploited. This list could go on and on.  Michael Reagan has helped me grasp that putting the pieces of self-esteem back together is a difficult and painstaking part of the abuse survivor’s lifelong journey.

Perhaps most importantly, my friend Mike taught me that there is authentic hope for the many who have suffered from the ravages of this horrific offense.  A hope illuminated by the amazing people who walk alongside the suffering and never leave. A hope illuminated by years of professional counseling.  A hope illuminated each time light is borough to the dark places of the heart. A hope ultimately illuminated by a pursuing God who so clearly demonstrates that we are anything but worthless.  My friend Mike is the first person to tell you that he has a long way to go on his journey and that there are undoubtedly many difficult days ahead.  However, he will also tell you that he’s made some progress and that he continues to press forward comforted by the realization that the God of hope will never let him go.

In his book, The Hammer of God, Bo Giertz writes, “The heart is a rusty old can on a junk heap. A fine birthday gift indeed! But a wonderful Lord passes by, and has mercy on the wretched tin can, sticks his walking cane through it and rescues it from the junk pile and takes it home with Him. That is how it is.”   After years of walking in shame and battling against self-esteem, God is carrying my friend Mike to a place where he is finally realizing that he is no rusty tin can, but a rescued and beautiful child of God.

Though Ronald Reagan was a childhood hero, I can say with great joy that Michael Regan is one of my life heroes.  At great cost, he is taking a deeply painful life and is allowing it to be transformed into something beautiful as he provides a voice to the voiceless and courage to the scores of survivors who are drowning in shame and fear.  Michael Reagan is not alone.  There are untold numbers of Michael Reagans out there who are serving, loving and walking alongside hurting souls without attention or fanfare, but simply because they care.  They look a lot like Jesus.

“Mike Reagan here…”  I am so grateful that you are. 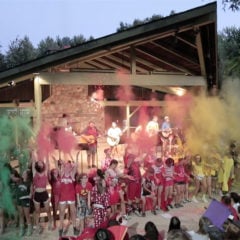