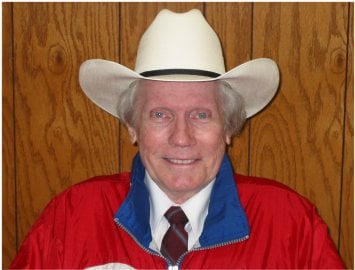 Reports surfaced this weekend that Westboro Baptist Church founder Fred Phelps Sr. is “on the edge of death.”

Phelps led the anti-gay-obsessed WBC for nearly 60 years until he was allegedly excommunicated in August (reasons still unclear). The 40-member church has been labeled a hate group and uniformly denounced for picketing funerals. It’s official website is godhatesfags.com. ‘Nuff said.

Free speech advocates have long supported Phelps and WBC in the public sphere and in the courtroom, arguing that unpopular, outrageous, controversial and offensive speech deserves equal protection under the First Amendment. I agree. But what’s the best way to counter hateful messages and hurtful assemblies?

I’m of the mindset that encouraging better speech and fostering space for debate is far better than censorship. I’m also a sucker for satire and irreverence.

Two of my favorite responses to WBC have come from the hacker collective Anonymous and pop star Ke$ha. In addition to crashing (AKA censoring) WBC’s website several times, Anonymous made a hoax WBC Facebook page with satirical posts and a Star Trek meme bearing the phrase “Jesus loves everybody.” At a protest outside Ke$ha’s concert in Nebraska last summer, the singer’s backup dancers greeted WBC’s performance of “God Hates Who U R,” their obvious parody of Ke$ha’s gay-friendly “We R Who We R,” with a performance of their own. Well played.

Onto the controversial debate starting to play out on social media, which I’d like to see taken up in the comments section below.

When Phelps dies, should LGBT rights advocates picket his funeral with “God Hates Fred” signs? Or should they take the high road and turn the other cheek?