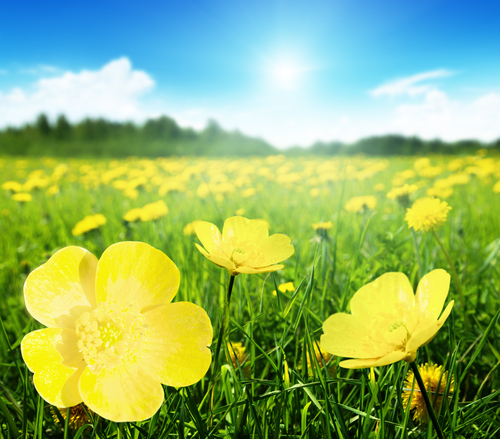 Spring is in the air. Courtesy Shutterstock.
March 20, 2014
Yonat Shimron 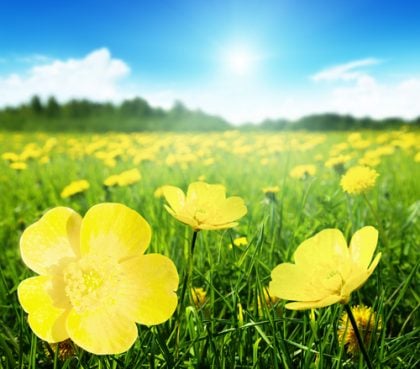 Spring is in the air. Courtesy Shutterstock.

Spring is in the air

Today is the first day of spring; many of us at RNS East thought the day would never come.

Iranians are celebrating too. The Persian New Year, known as Naw-Ruz, is steeped in springtime symbols of rebirth and renewal. The celebration dates back to Zoroaster, who lived in the 6th century B.C.

Not a Zoroastrian? That’s OK. Christians are getting ready for spring also. During this season of Lent, they’re going on labyrinth walks.

Not just the mainline

The Virginia-based Alban Institute, which has provided mainline denominations with consulting services and publications on church life, will shut down after a steep revenue decline. In this, the institution is not unlike its chief client: mainline congregations.

But mainliners aren’t the only ones feeling the pain: the Roman Catholic Archdiocese of Philadelphia has been mulling how to carry out its plans for consolidation of St. Charles Borromeo Seminary. To raise money, the archdiocese is considering selling some of the seminary artworks, including portraits by Thomas Eakins, the American realist painter.

The pilot of the Malaysia Airlines flight that went missing March 8 was interested in atheism. Among the dozens of YouTube videos shared by other users that he “liked,” four were interviews or documentaries in which prominent atheists explained their reasons for not following any religion. Captain Zaharie Ahmad Shah also subscribed to the official YouTube channel of the Richard Dawkins Foundation for Reason and Science. Another of his subscriptions was to the channel of Eddie Izzard, a British comedian who is an outspoken atheist himself.

Meanwhile, the mystery over the flight’s disappearance has united Malaysia as never before. An interfaith ceremony Tuesday night would have been inconceivable 11 days ago in the country where religious differences and bigotry have often been on open display.

Canadian child welfare authorities worked quickly to get ahead of the Lev Tahor sect’s ever-shifting plots. Newly released documents show an emergency apprehension order was issued for 14 of the sect’s children who fled the country ahead of a court order to place them in protective care. Eight of the 14 children who fled have since been returned. The ultra-Orthodox Jewish sect is being investigated for child abuse.

Should a Christian mother attend the wedding of her atheist daughter to a fellow atheist? Russell Moore, the ethics czar at the Southern Baptist Convention, says yes.

“I would go. I would be kind, and I would seek to continue to share the gospel with your daughter and with your new son-in-law as time goes on. I would recognize that marriage is a good thing that God has given to all people.”

But atheists aren’t necessarily as charitable to Christians. An atheist group is demanding that Wisconsin Gov. Scott Walker remove a Bible verse posted to his social media accounts, calling it “improper” for a politician to promote personal religious views using “the machinery of the state.”

The Freedom From Religion Foundation wrote a letter to Walker asking him to delete the message, which read simply, “Philippians 4:13,” from his official Facebook and Twitter accounts.

Not everyone has gotten the memo. A Republican candidate who believes that God dictates weather patterns and that tornadoes, autism and dementia are God's punishments for marriage equality and abortion access won the GOP nomination to challenge Rep. Jan Schakowsky (D-Ill.) in the Chicago-area 9th Congressional District. Her name is Susanne Atanus.

During a spiritual conversation with Oprah on an upcoming episode of "Super Soul Sunday," actress Shirley MacLaine expressed her fear that the world is heading down a bad path. "I think we're in big trouble," she tells Oprah. "We don't know or have any comprehension of what we're doing to nature."

And: Yoga has its roots in the worship of demonic Hindu gods. That’s according to an editorial in Arkansas’ John Brown University newspaper.

Signs of the times

A Buddhist student and his family won a settlement last week against a Louisiana school district where the student’s religion was ridiculed in class as “stupid,” the teacher taught that evolution is “impossible,” and that the Bible is “100 percent true.”

Novelist and poet Jay Parini says spirituality is alive and well in godless Vermont. But it tends to thrive outside the walls of traditional churches.

Stick with the Roundup. We keep you updated on the prescient, the weird and the real.