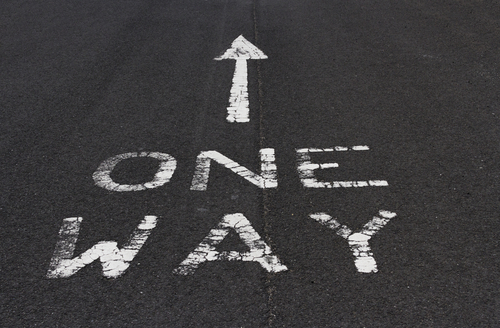 In the Saturday afternoon session of this weekend’s General Conference, Elder Hales contrasted “the Savior’s obedience” with outright disobedience and a middling third path of “selective obedience,” a division I found interesting. Here is a summary from The Deseret News:

“At times members may participate in ‘selective obedience,’ claiming to love God and honor God while picking and choosing which of His commandments and teachings— and the teachings and counsel of His prophets — we will fully follow,” he said.

In Elder Hales’s telling, selective obedience is undesirable because we should instead be “using our agency to obey.”

The problem with this assessment is that selective obedience is where most of us live. Of course we pick and choose. Of course we have to pray and make decisions.

And these decisions, as often as not, are between competing goods (or the lesser of two evils) rather than the clear-cut “good vs. evil” scenarios I present to Primary kids on Sundays.

It has been thus ever since Eve disobeyed a lesser commandment in order to be faithful to a greater one. Without Eve’s “selective obedience,” we wouldn’t even be having this conversation, because we wouldn’t be here. (Thank you, Eve.)

With the intense debates in the past few weeks about hot-button issues in Mormonism – women’s ordination and marriage equality being the two most prominent – considerable attention has been focused on obedience.

For some, the question seems easy. As one person commented on this blog over the weekend, “Just ignore OW and follow the Prophet and all will be well, The Lord speaks to the Prophet not to OW full stop.”

Full stop, indeed. This is an all-or-nothing posture on prophetic authority: every statement that proceeds from a church leader’s mouth is gospel. Those who hold this view would accuse me of the crime of “selective obedience,” and they would be correct.

Some Mormons on the right express certainty that anything said in General Conference is an eternal truth, even if this means ignoring historical evidence that prior church leaders were wrong about some things: that God denounced interracial marriage, for example, or that African-Americans would never be worthy to hold the priesthood by divine decree. Brigham Young taught that polygamy was an essential practice to prepare a person for life in the Celestial Kingdom (though some of his other statements qualified this). He also believed that there might be a Loch Ness-style monster living in the Bear Lake, which traveled via an underground tunnel to its other home in the Great Salt Lake.

Clearly, none of this is current LDS teaching.

So I’m not on board with the idea that I should simply accept anything proposed in General Conference, even if it is reiterated at different times by different general authorities, as was the case with this weekend’s repeated statements opposing gay marriage.

But neither am I ready to dismiss the many beautiful, true, and thought-provoking things that were said at General Conference, which puts me at odds with those on the extreme left.

Some of those Mormons and ex-Mormons witness the overwhelming evidence of historical change in the Mormon tradition and conclude that little or nothing in the religion can be inspired. If our leaders have made terrible and obvious mistakes in the past, how can anyone trust their statements in the present? If Brigham Young and other prophets were so clearly limited by the times in which they lived, who is to say that current prophets and apostles are not equally blinded by the biases of our own day?

The problem with any all-or-nothing view of prophetic authority is that it removes our greatest gift, agency. In the Mormon cosmogony, our God cared so deeply about human freedom that a full third of the host of heaven was sacrificed in order to preserve it. How tragic that those on the far right are so anxious to surrender that agency and allow someone else to do their thinking for them. It is equally tragic, however, when those on the far left conclude that there is no such thing as prophetic or inspired leadership, or that God has long since stopped speaking through human mouths.

The vast majority of Mormons, I believe, are somewhere in the middle of these two extremes, weighing the statements of general authorities in their own minds through prayerful discernment.

Such middle ground is the ideal, if least comfortable, place for us to be – even if it means we regularly practice selective obedience.

[Part of this post was published earlier on Flunking Sainthood and is reproduced here.] 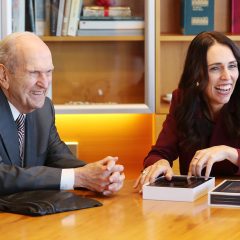