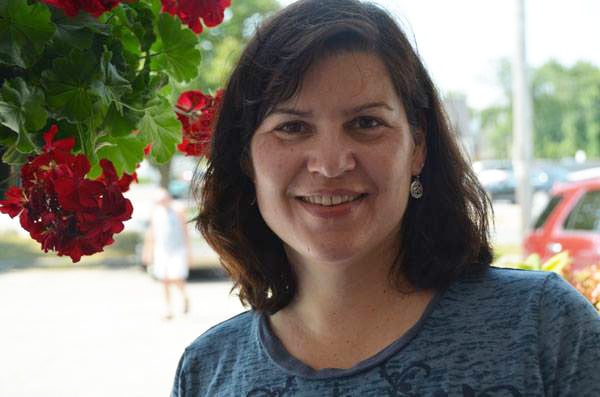 Stop me if you've heard this one before:

"What do you call an atheist with children?"

It's a joke—but there's some truth to it. The Unitarian Universalist Association (UUA) has long been a home for atheists, agnostics, and Humanists looking for community and supportive resources. In fact, atheists and Humanists have been involved from the beginning of the UUA.

But the idea of religious atheists—of atheists joining, attending, and even leading churches or other "houses of worship"—is controversial among many atheists. Likewise, some Unitarian Universalists struggle with including atheists in their communities.

To learn more about these tensions I spoke with Maria Greene, the new Director of Development & Communication for the Unitarian Universalist Humanist Association (UUHA), formerly known as the HUUmanists. Greene is also a professional web developer who volunteers with the Secular Coalition for Massachusetts and helps coordinate the Concord Area Humanists, a UU Humanist group and chapter of the American Humanist Association.

Chris Stedman: What's your personal story? How did you become passionate about Humanism?

Maria Greene: I was brought up Catholic and left the church in high school. My extended family is quite religious but it just never clicked with me, though I kept singing with the choir through college because I like to sing. It wasn’t until I read Greg Epstein’s Good Without God in 2010 that I considered my need for an in-person community that shares my values—and went looking for it.

CS: What are the goals of the UUHA? How do they align with and diverge from the UUA's? How do they overlap with and differentiate from those of explicitly nonreligious atheist, agnostic, and secular groups?

MG: The goals of the UUHA are to celebrate and promote Humanism in society, but particularly in Unitarian Universalism, and to be a bridge between the secular movement and the UUs. The general consensus is that Humanism has lost ground in the UUA, in favor of “anythingism” and spiritualism.

UU is a creedless religion, but it was really the cradle of modern Humanism. There’s still a strong core of reason in the UUA, along with a very Humanist set of ethical principles we all agree on. I believe Humanism is the “special sauce” that distinguishes the UUA from other liberal religions, and that UUs need to emphasize and promote it in order to evolve and adapt to the world today.

I know that other organizations in the Secular Coalition for America with us think we’re “too religious”—even though they accept that we completely reject the supernatural. UU congregations fill a human need for community and connection, and UUs believe in individual freedom of thought—so we argue a lot internally about things like the use of religious language.

UUs aren’t secular, but they promote separation of church and state, women’s rights, LGBTQ rights, and social justice in a way that many secular groups are only just learning how to do. Love and compassion are critical for all UUs. Critical thinking can be lacking sometimes, in my opinion—but I’ll take tolerance over dogmatism any day.

CS: Can you say a bit about the history of the UUHA and Humanists in the UUA? And what do you see as the future of Humanism in the UUA?

MG: The UUHA was founded by Edwin H. Wilson, Lester Mondale, and others in 1962, shortly after the merger between the Unitarians and the Universalists. I suspect the Unitarian ministers were concerned about the “woo-woo” reputation of the Universalists and wanted to make sure Humanism continued to be strong. Many of the same people had been responsible for the founding of the American Humanist Association (AHA) in 1941—and Wilson was the Executive Director and sole employee of the AHA for many years.

The Humanist movement was really started around 1917 by Unitarian ministers like Curtis Reese and John Dietrich, and a large number of signers of the original Humanist Manifesto were Unitarians or Universalists. Humanism has outgrown its religious upbringing though, just as many of us have as individuals.

In my opinion, the UUA has to get past its traditional, Protestant Christian roots and grow into a collection of communities that value justice and compassion—and help their members find support and a way to put their collective will into improving society and sustaining the planet.

CS: Some atheists, agnostics, and Humanists don't feel comfortable in UU churches. How do you see the UUHA supporting those people?

MG: I don’t feel comfortable in many UU churches—at least not ones that usually call themselves churches as opposed to societies, fellowships, or congregations. Each congregation is different, however, and the leadership sets the tone. In Minneapolis, MN, there’s a Unitarian Society that is explicitly Humanist. There are others that have Humanist services each week. In my area, we have a strong Humanist group that meets at the UU hall and is a chapter of the AHA.

As part of my work for the UUHA, I’ve just started putting together a program that will bring the Secular Student Alliance’s Secular Safe Zone program to UU congregations. As part of receiving that designation, congregations will have to include atheists and other nontheists in their welcoming statement—which will get the conversation going about how welcoming they really are.

If a Humanist UU feels uncomfortable at their congregation, we encourage them to “be the change they want to see” and start a Humanist group. There’s comfort in numbers and we are such a large part of just about all UU congregations that we can support each other as we get the big ship that is the UUA to slowly turn.