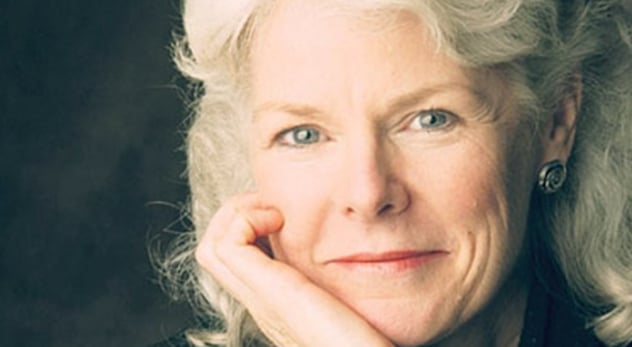 Barbara Brown Taylor, named one of the 12 most effective preachers in the English-speaking world, is on a mission to redeem the darkness. – Image courtesy of HarperOne

She’s been called a heretic by some and a prophet by others. Baylor University even named her one of the 12 most effective speakers in the English-speaking world.  Her name is Barbara Brown Taylor, and she is on a mission to redeem the darkness.

“Christianity has never has anything nice to say about darkness,” says the 62-year-old Episcopal priest in her new book, Learning to Walk in The Dark.  Taylor charges churches with propagating a “full solar spirituality” that “focuses on staying in the light of God around the clock.” But she says the faithful need to discover a “lunar spirituality,” which recognizes that humans need both darkness and the divine light .

It’s fitting that Taylor’s book should release before Holy Week, a time when Jesus entered what many Christians would call one of the darkest periods in his own life.  Was Christ’s dark period a positive thing overall? I imagine most Christians would say “yes.” Yet, some of those same Christians resist embracing darkness in their lives.

In the first part of my interview, Taylor and I discuss her message about darkness and why she thinks Christians need it. In part two, which will be posted tomorrow, we explore hot topics such as what she believes makes one Christian, if she believes in a literal devil, and whether she is afraid of dying.

RNS: How do you think modern Christians have misunderstood darkness, both in scripture and in life?

BBT: Once you start listening to how people use the words dark or darkness, it doesn’t take long to realize that the references are 99% negative. I don’t know how that happened in every day speech. Maybe it’s a linguistic fossil leftover from our days in caves or maybe it is a predictable association for people who’ve become addicted to light.

Where scripture is concerned, I don’t think Christians have misunderstood much of anything. From Genesis to Revelation, darkness is used a synonym for ignorance and sin and evil and death. But there are also narrative passages that form an easily missed minority report.

RNS: You also talk about the positive use of darkness Isaiah 45 (“I will give you hidden treasures in the darkness”). You obviously think we have misunderstood something, no?

BBT: When I say we haven’t misunderstood anything, that’s if you go through a concordance and look up the words. If you look up “dark” and “darkness,” scripture is unanimous. But if you look up the stories, it’s a whole different thing.

In Genesis, darkness existed before God even got to work as a primal substance. Everything was made by God from dark. In Exodus, God promises to come to Moses on Mount Sinai in a dense or dark cloud. Here, darkness is divine and where God dwells. Abraham meets God in the darkness, Jacob wrestles an angel in the middle of the night, and angels announcing Christ’s birth to the shepherds at night. There’s so much that happens in the dark that is essential to the Christian story.

Linguistically, it’s the pits. Narratively, it is a different story.

BBT: Darkness is everything I do not know, cannot control, and am often afraid of. But that’s just the beginner’s definition. If I am a believer in God, then darkness is also where God dwells. God may also be frightening and uncontrollable and largely unknown to me, yet I decide to trust God anyway.

RNS: You say “many old-time Christians are looking into the dark right now.” How might your message help them?

BBT: I mean “mainline” Christians. It only takes about a minute in any news source to notice in decline in everything from membership to budgets to congregations combining and buildings going up for sale. Sometimes when I visit these embattled churches, I feel almost like I’m working for hospice visiting churches that are just scared to death they’re dying. You can almost smell the sweat in the room as they fret about what in the world they’re going to do.

But if you really work for hospice you learn to work with what is left. The remaining time, resources, relationships. Even for mainline Christians who are looking into the dark, there is reconciliation and healing and intimacy and community that can take place in the dark. There’s also a lot of humility in the dark, which might be a great curative for a religious tradition that’s been on top for a long time.

RNS: You critique many some churches for having a “full solar spirituality.” But don’t people—those wrestling with depression and fear, for example–want and need hope?

BBT: First, you equate full solar spirituality with hope. But there’s plenty of hope in the dark too. And you also equate darkness with depression and fear. But there’s a lot of healing and liberation in the dark. So you’re using those speech patters that I’ve noticed more and more.

There is a lot of what happens these days that I would call “spiritual bypassing,” where one offers a religious formula to will help you stay on top. But I cannot sell out the Christian message, which at its heart says that when the bottom drops out and you’re screaming your guts out at God, there’s more. It says that if you are willing to enter the cloud of unknowing and meet God in the dark—maybe even the dark of a tomb—you might be in for a surprise.

The great hope in the Christian message is not that you will be rescued from the dark but if you are able to trust God all the way into the dark, you may be surprised. 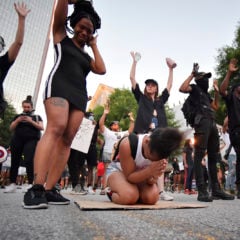 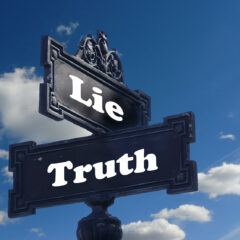 Opinion
Why Trump’s electoral crisis is really a moral crisis