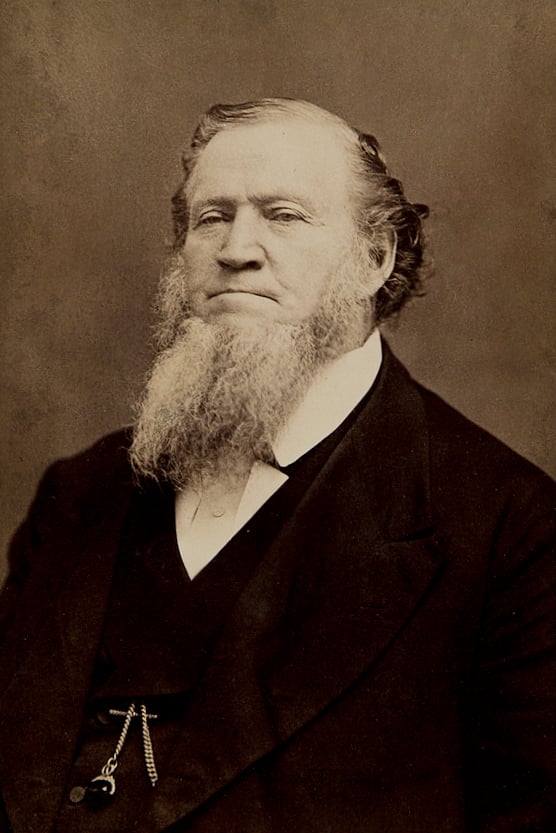 Yesterday as I was driving home from Michigan I got an email from a reader who wanted me to know that “The conversation on your blog is raging that blacks are all the descendants of Cain.”

So today I took a look at the comments, and I don’t see a “raging” discussion on that topic, nor do I see evidence that contemporary Mormons hold views that people with black skin are “descendants of Cain.” Am I missing something?

But several comments do take up the question of whether Brigham Young was a racist. Both sides offer some quotes from him, and then further debate about whether those quotations are in full and in context.

So let’s talk about it. (This is going to run a bit longer than my usual posts, because this is a complex issue. If you want to stop reading here, the answer to the titular question is “Yes, but . . .”).

John Turner’s biography of Young does an excellent job of putting the man in his historical context—on racial views as on many other issues. I highly recommend the book. As Turner puts it,

“Young’s harsh conclusions about both the earthly and eternal places of black people, and the passion with which he expressed them, were not unusual in the mid-nineteenth-century United States. The vehemence with which Young expressed his racial views, however, contributed to the long-term exclusion of black men from the Mormon priesthood and black men and women from the church’s most sacred ordinances.”

Young’s record is mixed, but so is early Mormonism’s more generally. Some Mormons exempt Joseph Smith from this because Smith adopted an abolitionist platform when he ran for president in 1844 and he ordained several black and biracial men to the priesthood before his death. (Smith also apparently approved one biracial man’s appointment as a member of the Seventy.*)

Also, one of the underlying reasons for the Mormons’ controversial expulsion from Missouri was residents’ fear that the Mormons’ comparatively integrated worship and way of life would “corrupt our blacks & instigate them into bloodshed.”

The truth is more complicated, however. Mormonism did not suddenly “turn racist” when Smith died. Even while Smith was alive and running the church, Nauvoo prohibited interracial marriage and restricted voting and office-holding to white men.

And during the earlier Missouri period when the Saints were accused of over-friendly relations with African Americans, Mormons tried to deny the charges by promising they would “prevent [free blacks] from being admitted as members of the Church.” Joseph Smith said in 1838 that “the curse” was “not yet taken off the sons of Canaan,” although he also struck several racist statements from the official history of the Church when it was compiled that same year.*

A mixed record, then, even before Brigham Young was president of the Church.

Under Young, though, racism became systematically entrenched and codified. Whereas Elijah Abel/Ables had been able to perform sacred ordinances on behalf of two deceased members of his family (both female, interestingly enough), during Young’s presidency blacks were denied not only the priesthood but all access to endowment, temple marriage, and other temple rituals, including baptism for healing.

As for priesthood, Young said that “any man having one drop of the seed of Cane in him Cannot hold the priesthood, & if no other Prophet ever spake it Before I will say it now in the name of Jesus Christ.”

He went on to say that “the day will Come when all the seed of Cane will be Redeemed & have all the Blessings we have now & a great deal more”—presumably including the priesthood—but that “the seed of Abel will be ahead of the seed of Cane to all Eternity.”**

“All eternity.” In other words, Young thought whites would and should receive preferential treatment now and forever.

It makes me shudder.

Bottom line: Yes, Brigham Young was clearly a racist. If racism is as the dictionary defines it—“the belief that all members of each race possess characteristics or abilities specific to that race, esp. so as to distinguish it as inferior or superior to another race or races”—then there is no denying it in Brigham Young.

Occasionally I get the vibe from conservative Mormons that they have to defend Young to the nth degree on this issue. Faced with Young’s statements, which are abhorrent by the standards of our time (and by basic human justice), they strain to either deny he ever said them or claim he was being misquoted.

He said them, folks. The question is now what we do with the fact that he said them.

Mormons today do not teach these terrible things. Church policy and doctrine (it was both, not just policy) have done a 180-degree turnaround. We emphasize that “all are alike unto God,” as the Book of Mormon puts it. In its recent Gospel Topics statement on race, the church has disavowed many of the things that Young and other leaders taught:

Faced with these two realities today, some Mormons experience cognitive dissonance. On the one hand, Brigham Young was wrong about race, and the Gospel Topics statement makes this clear. On the other hand, they believe Brigham Young was a prophet.

But why should this be unreconcilable? It’s not like we don’t have scriptural examples of prophets and apostles being wrong, wrong, wrong about the wideness of God’s kingdom. Just to name two:

These were people who were called by God despite being culturally conditioned by the racism of their own times—their belief that they were part of a superior racial or ethnic group.

I’m going to close with some wise words from the comments on Monday’s post.

Prophets do not need to be perfect to be prophets. If the Book of Mormon, a canonized book of scripture, can contain “errors of men,” as it says it may contain, why should General Conference be free of any error? 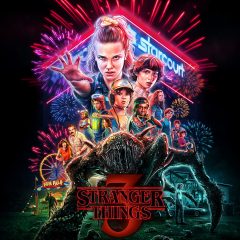 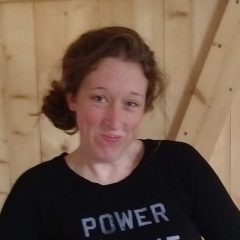 Opinion
Is race really “trivial” and “temporary” in Mormonism?