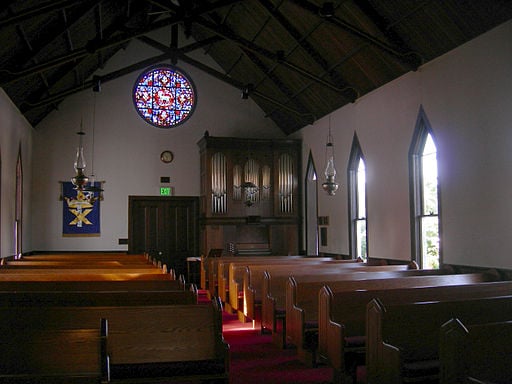 About a year and a half ago, the Pew Forum on Religion and Public Life published an extensive study on the religiously unaffiliated, commonly referred to as the “Nones.” 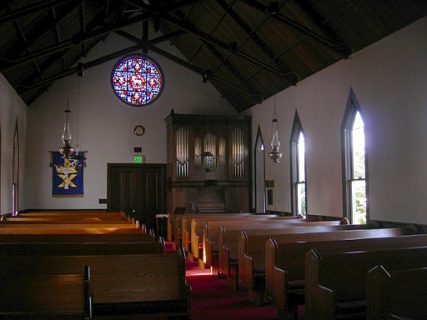 An empty church. Photo by Joe Mabel, via Wikimedia Commons.

Their headline-grabbing finding: The number of Americans not identifying with religion is growing quickly, particularly among Millennials (those born in the 1980s and 1990s). Per Pew, about one in five Americans—and, notably, about one in three under the age of 30—are now Nones.

This continues to inspire panic among some religious people and institutions, excitement among some atheists, and confusion among many others.

Understandably, then, the Nones have become the topic of many editorials, blog posts, articles, and magazine pieces. (Yes, I’ve previously written on the religiously unaffiliated in this column.) But in their efforts to understand and contextualize the growing exodus from organized religion among Americans, a number of people get some things wrong. Here are three of them.

1. The rise of the Nones isn't (just) about atheism.

A few days ago Jezebel published a piece on the growing number of religiously unaffiliated Americans. Its title? “This Is Why We’re the Atheist Generation.” While writers often don’t always choose their own headlines, and the piece itself acknowledged many of the nuances among the Nones, the headline represents a common problem.

I keep seeing this “generation atheist” frame, and it’s quickly becoming a popular caricature of the complexities of Nones. This equation of Nones with nontheism is not limited to headlines and articles, either; I also see it employed by some atheists who point to the growth of the religiously unaffiliated as evidence that atheism is rapidly rising.

But the number of atheists seems to have only increased a small amount. Pew reports that, as of 2012, less than 2.5 percent of Americans identify as atheist. That is an increase of 0.8 percent from 2007, but it’s still just a fraction of the approximately twenty percent of Americans who are religiously unaffiliated. In fact, Public Religion Research Institute (PRRI) found in 2012 that, even combined, atheists and agnostics only make up just over one-third of Nones.

Atheism is indeed growing, but not at the same rate as the Nones. It’s simply incorrect to call Millennials the “atheist generation” or to argue that the rise of the religiously unaffiliated is largely about atheism.

2. Nones resist easy categorization and complicate the relationship between belief and affiliation.

If most Nones aren't atheists, what do they believe? The short answer: It’s complicated.

According to Pew, about 70 percent of Nones believe in a God or universal spirit, and a new study by Carnegie Mellon University has found that 62 percent of all Millennials say they talk to God. What they mean by "God" or "universal spirit" is an important but difficult question; PRRI found that about two-thirds of Nones say that God is either a person or an impersonal force.

Young adults’ beliefs about life after death and the existence of heaven, hell and miracles closely resemble the beliefs of older people today, [and] the number of young adults who say they pray every day rivals the portion of young people who said the same in prior decades.

Some are "unattached believers" and others are simply "not religious." But no matter what you call them, many Nones reject the idea that belief or practice require religious affiliation.

Rather than reinforcing a false dichotomy between belief and affiliation, we should keep asking questions about how Millennials conceive of religion, God, and spirituality; about religious hybridity and multiple religious belonging; about spiritual but not religious identification; and more. Resisting a binary, the Nones present an opportunity to challenge our thinking around belief, affiliation, and how to categorize people.

This leads to my final point. I've heard some religious people condescendingly argue that many of the religiously unaffiliated are “actually religious,” and that they're just disaffiliating out of youthful rebellion or a desire to be unique.

They’re not religious, they have complicated beliefs, most of them aren’t atheists, and whether or not they’ll ever return to religion or traditional religious communities remains a big question.

So who are they, and what exactly do they believe? The answer to that question will only come from listening to the perspectives of Nones.

Instead of telling the Nones that they’re “actually religious,” or assuming that because some believe in God they should be, or inaccurately characterizing many of them as atheists, let’s allow them to speak for themselves—and listen to what they have to say.

Related Posts
By Jeffrey Salkin
Thou shalt not be comfortable
By Yonat Shimron
Is the rise of the nones slowing? Scholars say maybe
By Emily McFarlan Miller
Do humanists celebrate Christmas?
By Alejandra Molina
In this art gallery, conversations about religion and spirituality are welcome
By Jack Jenkins
Catholic Bishops call for 'full strength' of church to fight gun violence