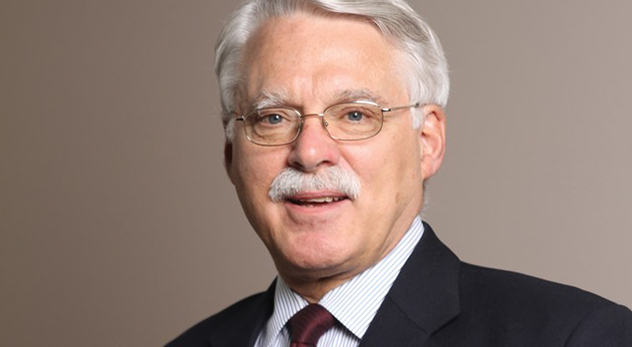 A lot of hot air is devoted to American evangelicals’ work on domestic issues such as abortion and gay marriage. But what is an ‘evangelical foreign policy?’ Mark Amstutz, professor of political science at Wheaton College and author of “Evangelicals and American Foreign Policy,” is determined to answer that question. Here, we discuss the characteristics and shortcomings of evangelicals’ foreign policy.

RNS: When one thinks about American evangelicals and politics, their minds may rush to domestic issues such as abortion and gay marriage. But what are the common characteristics of an evangelical foreign policy?

MA: Evangelicals’ foreign policy concerns have been motivated by core moral values rooted in a Christian worldview. Such values include the inherent dignity of all human beings, the priority of social and political justice, the need for communal order, the demand for human freedom, the responsibility to care for the weak and the poor, the importance of personal responsibility, and the universality and transnational nature of God’s love.

Not surprisingly, evangelicals have been at the forefront of global humanitarianism through such initiatives as caring for refugees, promoting job creation through micro-enterprise loans, providing health care to the poor, and combating diseases such as HIV/AIDS.  Evangelicals have established some of the largest non-governmental relief and development organizations in the world and have played an important role in helping to pass legislation to combat human trafficking, facilitate a comprehensive peace in Sudan, highlight human rights abuses in North Korea, and even helped to bring about the International Religious Freedom Act of 1998.

RNS: Many think of evangelicalism as a 20th century movement, but you say evangelicals were active in foreign affairs since, at least, the 19th century. How so?

MA: The evangelical movement that emerged in the l940s as a result of the split with fundamentalists did not lead to the emergence of evangelicalism. Rather, this development marked a return to classical orthodox Protestantism. This is why scholars call this movement neo-evangelicalism or the new evangelicalism, to differentiate it from the earlier 19th century evangelicalism.

RNS: One of the most curious trends in evangelical foreign policy is their uncritical support of what some might call “imperialistic wars.” In some cases, they’ve outright endorsed or called for war. How do evangelicals who claim to follow the “Prince of Peace” reconcile these things?

MA: Following St. Augustine, evangelicals believe that Christians are citizens of the Heavenly Kingdom where Christ’s peace reigns but are also citizens of temporal kingdoms where the use of force may be necessary to deter aggression and protect legitimate interests and values. To the extent that evangelicals assess the use of military force in international relations, it is largely through the tradition of just war. Although pacifism has become more influential in recent decades, its impact on evangelical foreign policy thought remains modest.

In general, evangelicals support coercive diplomacy and war when confronting aggression and egregious wrongs. Throughout the Cold War, evangelicals were staunchly opposed to Communism because the ideology was assumed to be inconsistent with the Christian faith.  As a result, they not only supported the strategy of containment but were staunch defenders of America’s overt and covert wars. During the 1980s revolutionary wars in Central America, for example, evangelicals supported the counter-insurgency strategies of the Reagan administration. And when Iraq intervened in Kuwait in 1990, evangelicals, like most Americans, supported the use of military force to oust Saddam Hussein’s forces from that small country.

RNS: Evangelicals of late have a foreign policy that seems to overwhelmingly support Israel. Why is this and do you think this is changing?

MA: Evangelicals are strong supporters of Israel. But evangelicals’ support is, on average, only 5-7 percent stronger than that of the general American public. The conventional wisdom is that evangelicals support Israel because of the influence of premillennial dispensationalism and “left behind” theological perspectives. This view is not persuasive, however, since only a small portion of evangelicals accept prophetic theology.

A more convincing explanation for evangelicals’ support of Israel must include both religious and non-religious factors. At a minimum, four factors affect Evangelicals’ view of Israel: First, the belief that Jews are God’s chosen people; second, the belief that God’s promises to Abraham and his descendants remain valid; third, the common bond between Israelis and Americans arising from shared values rooted in the Judeo-Christian tradition; and fourth, the common bond between the two nations arising from the shared commitment to democracy, the rule of law, and human rights.

RNS: You have an entire chapter on the shortcomings of evangelical foreign policy advocacy. What are two or three of these that people might have never considered?

MA: A common shortcoming of evangelical foreign policy advocacy is the effort to use the Bible to justify public policy prescriptions. Since the Bible is not a manual on international relations, Scripture should not be used for political ends.  Biblical principles should of course be used to structure the analysis of issues and to influence public policy debate, but Scripture should not be used to justify foreign policy positions. For example, some Evangelicals supporting Comprehensive Immigration Reform have unwisely used the biblical phrase  “welcoming the stranger” to imply that the regulation of international migration is inconsistent with Scripture. But the use of Scripture to justify amnesty for undocumented aliens is unpersuasive and is likely to undermine the moral authority of the church.

Another shortcoming of evangelical foreign policy advocacy is the tendency to oversimplify global issues. For example, when highly-indebted poor countries were facing difficulties in meeting debt obligations, some evangelical groups attributed the obstacles to debt repayment to the structural injustices of the international economic order. And when the National Association of Evangelicals took up the issue of nuclear arms in 2011 by adopting a resolution that called for a reduction in strategic weapons, it did so by viewing the problem as an excess of weapons, not the inherent conflictual relations of global politics.  Rather than integrating a Christian perspective with the problem posed by nuclear arms, the NAE oversimplified the issue.

If evangelicals are to contribute to worthy goals, they need to avoid shortcuts.