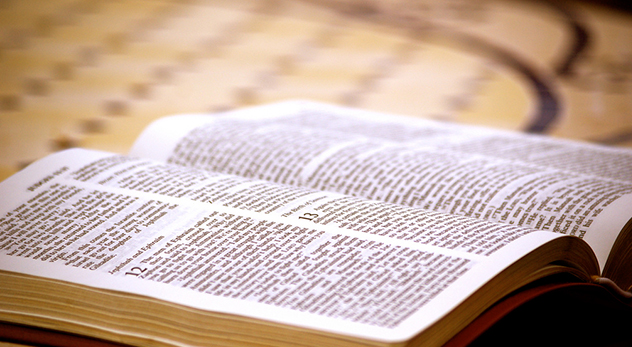 Some Christian leaders are asserting their support of the death penalty using scriptures from the Old Testament. Would starting with Jesus and the Christian gospel instead alter their conclusions? – Image courtesy of Adam Dimmick (http://bit.ly/1joS2ec)

After this week’s botched execution in Oklahoma, Albert Mohler, president of The Southern Baptist Theological Seminary, argued why Christians should support the death penalty at CNN.com. Grounding his argument in Genesis 9:6, where Noah is told that anyone guilty of intentional murder should be put to death, Mohler says, “The one who intentionally takes life by murder forfeits the right to his own life.”

In my experience, most Christian pro-death penalty advocates make similar arguments, rooting themselves in Old Testament teaching. On occasion, they bolster their thinking with a somewhat cryptic reference to the government’s ability to “bear the sword” to “bring punishment on the wrongdoer” by the Apostle Paul. Rarely, will anyone cite Jesus’ teachings.

Mohler is a capable theologian and a thinker I respect. And I have many intelligent friends who support the death penalty. Yet, I think it is problematic for Christians to root their support of capital punishment in the Jewish Scriptures.

Such thinking requires a bit of arbitrary Biblical picking and choosing. Sure, the Old Testament prescribes death for anyone who commits pre-meditated murder. But it doesn’t stop there. The Hebrew Scriptures also prescribe the death penalty for kidnapping (Exodus 21:16), bestiality (Exodus 22:12), rape (Deuteronomy 22:24), making a sacrifice to a false god (Exodus 22:20), adultery (Leviticus 20:10), homosexual behavior (Leviticus 20:13), and premarital sex (Deuteronomy 22:13-21).

A priest was instructed to burn his daughter alive if she was guilty of prostitution (Leviticus 21:9). If a “son or daughter, or the wife you love, or your closest friend” entices you to practice a false religion, they were instructed to “show them no pity” and “stone them to death” (Deuteronomy 13:6-10).

Have you worked on the Sabbath (Exodus 35:2)? Try using your skills to bang license plates on death row.

Are you a banker who lends money with a high interest rate to make a profit (Ezekiel 18:13)? See you on the other side.

I am being humorous here, but the random picking and choosing of when to apply the Old Testament provisions for capital punishment is serious business that requires serious thought.

For example, what of the command in Deuteronomy 17:6 that someone could only be put to death on the evidence of two or three witnesses? Why don’t pro-death penalty advocates who ground their thinking in the Old Testament also require this provision before they support an execution? And what about the fact that in most of these cases a monetary substitute was allowed if the offender agreed to it? My pro-death penalty friends can’t seem to give me a clear answer on this.

Even more troubling is the way Christians who support the death penalty almost never consider the words and witness of Jesus. If you search Mohler’s CNN article for the words “Jesus” or “Christ,” you’ll find exactly zero references. And this approach, in my opinion, is not the best way to do theology. Christians are to be New Testament followers of Jesus, not members of an ancient Jewish tribe. As such, our thinking must be grounded in Jesus. He is the ultimate standard for what God desires of his people in this age, and he is the ultimate Word of God through which all other words are to be viewed.

Jesus said, “You have heard that it was taught, ‘Eye for eye, and tooth for tooth.’ But I tell you, do not resist an evil person. If anyone slaps you on the right cheek, turn to them the other cheek also.”

In one swift and startling statement, Jesus took a hammer to the lex talionis—the basis for capital punishment in the Hebrew Scriptures—and gave those who would follow after him a new way to live. Leaving violence and vengeance and the power of death and life to the only perfect being who exists: God.

In addition to his words and witness, we must also consider the work of Jesus. Which is to say, we must root our thinking in the gospel. As Preston Sprinkle, a vice president at Eternity Bible College, writes in his book “Fight: A Christian Case for Non-Violence,”

From God’s perspective, the wages of sin is death, which means that we all—even you—have already been convicted of capital crimes in God’s courtroom and have been given the death penalty. It would be odd—some would say hypocritical—for Christians to thank God for taking their death penalty and then spin around to celebrate the death of someone they think is worse than them.

Given recent events, we should expect that many leaders will be making a case either for or against capital punishment in the days ahead. Christians should not throw out the Old Testament with last week’s rubbish, but when evaluating any important matter—especially when lives are at stake—let us must begin with Jesus and the gospel and see where that leads us.

SEE ALSO: Jonathan’s article, “Would Jesus Support the Death Penalty?” at The Atlantic