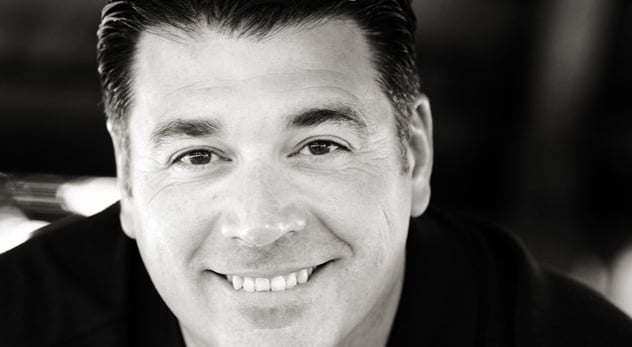 When it comes to navigating the interface between faith and culture, there aren't a lot of pastors I look to. Most I encounter tend to be having conversations that lag somewhere between five and 10 years behind secular society and the academy. This isn't a criticism as much as an observation.

But James Emery White is an exception to this generalization and is often on the leading edge of pressing cultural conversations. White is founding pastor of Mecklenburg Community Church--a congregation that claims 70% of its growth is from unchurched individuals--and a former president of Gordon-Conwell Theological Seminary. He has written a new book, "Rise of the Nones: Understanding and Reaching the Religiously Unaffiliated", in which he explores why so many Americans are allergic to organized religion and what he thinks Christians can do to capture them.

RNS: The fastest growing religious group in America is those with no religious affiliation, the so-called "nones." Why are so many walking away from church or unwilling to give it a chance?

JW: There are two dynamics at play. The first is the reality of being the first generation to live in a truly post-Christian context. The currents of secularization, privatization, and pluralization have taken their toll. Meaning, there is less of a supportive presence of Christian faith in the marketplace of ideas, spirituality is expected to be kept in our private worlds, and the idea that all faiths are equally valid and true permeates our psyche. But if you ask the "nones" themselves, they would give you another answer along the lines of "lawyers, guns and money." By that, I mean the perception that Christians and churches are overly entangled with law and politics, filled with hateful intolerance and aggression, and consumed with materialism and greed.

RNS: Many growing churches today are only experiencing transfer growth--that is, Christians moving from one church to another. You argue that this is a problem of evangelism. What are we doing wrong?

JW: This is a significant question, and again, several dynamics are at play. First, too many churches consider transfer growth a kingdom win. They see the church down the street as the competition. Second, in terms of evangelism itself, too many churches are operating as if they are speaking to the God-fearing Jews of Jerusalem (Acts 2) instead of to the agnostics on Mars Hill (Acts 17). [tweetable]An Acts 2 approach in an Acts 17 world is doomed to fail.[/tweetable] Finally, there is a culture of spiritual narcissism pervading many church communities. So people talk about going where they are "fed," can be "ministered to," and where they get something "out" of the worship experience (as if they are the focus of worship). This consumer mindset will inevitably resist doing what it takes to reach out to the "nones."

RNS: At your own church, 70% of growth represents those who are unchurched. What’s your secret to success?

JW: The short answer is that we have always kept the mission of reaching the unchurched in the vanguard of our church's life. Strategies come and go and change with time and culture. The secret is our DNA, the mindset that we exist not for ourselves, but for the person who has yet to come. From this, people have a deep sense of the responsibility of reaching out and inviting their unchurched friends.

Following this–and only this–come the various strategies and approaches informed by a keen understanding that we live in a post-Christian context. This really does change everything. My teaching assumes no background knowledge, no known Christian "code" words, and even less the assumption that they will agree with what I have to say. I view almost every talk as contending for the faith. If you are on Mars Hill, you realize that evangelism is both process and event. I find most churches are barely aware of the process leading to the event, and therefore spend little time helping people on that part of the journey.

RNS: A lot of pastors I know live insulated lives, only engaging socially with other Christians. Is part of the problem that church leaders don’t have more personal relationships with those outside the church?

JW: Most definitely. Not only do most Christians, and Christian leaders, have few non-Christian friends, they don't even view non-Christians warmly. Subtly or not, they are seen as the enemy. It's as if they perceive the world to be in two camps: on the one side, you have the pro-family, Christian-radio-listening, fish-sticker wearing, Tebow-loving, Bible-carrying types against the left-leaning, evolution-believing, gay-marriage-supporting, "Fifty Shades of Grey"-reading pagans. When you divide the world like that, and have an "us against them" mentality, you won't have much happening in the realm of effective outreach. Christians will simply fall back into their holy huddles and give into condemnatory attitudes.

RNS: As we think about engaging with “nones,” what’s the felt need? What are they wanting that we might be able to provide?

JW: Several things come immediately to mind. First, they want authentic community. Second, they want to be part of a "cause" or "mission" that is larger than they are and helps them make a difference with their life. Third, they want to believe in God, but need help–interestingly, perhaps more with God's character than His existence. They’re asking, “Is God really good?” Fourth, when it comes to following Christ, or following anyone/anything, they want to know how it will intersect the deepest needs of their life. And finally, though they are not often in touch with it on the surface, they crave the forgiveness and restoration of a relationship with God.  This means the twin dynamics of truth and grace.  People make the mistake of believing that in our culture's rejection of truth, it has lost its hunger for it. In reality, truth and grace--together, not separate--remain their deepest longing.

September 21, 2020
Related Posts
By Alejandra Molina
In Oregon, churches and anti-fascists unite to provide mutual aid to fire evacuees and others in need
By Alejandra Molina
John MacArthur believes the Bible trumps COVID-19 public health orders. Legal scholars say no
By Amy Klein
What good is faith when your fertility treatments aren't working?
By Bob Smietana, Alejandra Molina
Death of megachurch pastor Darrin Patrick officially ruled a suicide
By Alejandra Molina
Who is Junipero Serra and why are California protesters toppling statues of this saint?