Thousands of Iranian women are posting photos of themselves without headscarves on a Farsi Facebook page that has racked up more than 150,000 likes in fewer than two weeks.

Photos on the page, titled “Stealthy Freedoms of Iranian Women” in English, are “stealthy” because they deliberately violate local law. Women in Iran have been forced to wear the hijab in public, many against their will, since the country’s Islamic Revolution in 1979. Yet many have long enjoyed “stealthy freedoms” by slipping off the hijab in safe company.

Watching this cultural tug-of-war, exiled Iranian journalist Masih Alinejad, who lives in the U.K., set up the “Stealthy Freedoms” Facebook page on May 3. She’s been working tirelessly ever since to verify that each upload comes from a genuine account.

“Those who participated in the protest rally [in Tehran] have their own official media,” Alinejad told IranWire on May 10, “But the 40,000 [now more than 150,000] who follow the Facebook page don’t have an official voice. This page is a chance for them to tell their stories.”

And tell them they have. Just look at some of the posts below.

As these women brazenly and publicly defy local laws, as the Facebook page and media attention surge (more than 4,000 additional “likes” were added in the short time it took me to write this piece), Iran’s notorious online monitors will be watching.

Each photo and caption is as bold as it is beautiful. Each demonstrates the genuine desperation and desire many Iranians have for a freer society.

These women know that change is impossible without bravery. I hope that each uploader also recognizes the potential dangers these photos pose for themselves and for their families. If with that knowledge they find peace of mind, I hope they continue their push for liberation. 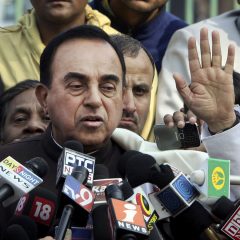 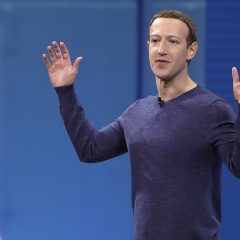 Martini Judaism
Why Mark Zuckerberg is wrong about the Holocaust
Follow us on Facebook!
Submit your photos to RNS