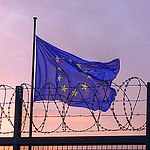 The Council of the European Union published its long-awaited Human Rights Guidelines on Freedom of Expression Online and Offline earlier this week. I say “long-awaited” because I’ve been tracking this for more than a year and contributed to a consultation on the guidelines at Index on Censorship, where I reported more broadly on the EU’s digital freedom initiatives.

The new guidelines are designed to help the EU protect and promote freedom of expression and opinion using a range of preventative and reactive measures. Much of the text concerns attacks on journalists, whistleblower protection, media plurality and citizen privacy, but there’s a fair bit in here on opinion and belief too.

The guidelines state from the start that freedom of opinion and expression are essential for the fulfillment of other human rights, including freedom of thought, religion or belief. They make clear that states should not restrict or criminalize religious opinions or prevent people from expressing their religious identities.

Countries that abusively invoke notions of “public morals” or “national values” to protect religions and ideologies are violating and undermining freedom of expression. Worst example of such nonsense? Blasphemy laws:

Laws that criminalise blasphemy restrict expression concerning religious or other beliefs; they are often applied so as to persecute, mistreat or intimidate persons belonging to religious or other minorities and they can have a serious inhibiting effect on freedom of expression and on freedom of religion or belief. The EU recommends for the decriminalisation of such offences and forcefully advocates against the use of the death penalty, physical punishment, or deprivation of liberty as penalties for blasphemy. The EU will continue to work with and support organisations advocating abolition of blasphemy laws.

Ugh. Blasphemy laws are terrible, aren’t they? Good thing they only exist in places like Pakistan and Saudi, right? Right?! Wrong…

Eight EU member states---Denmark, Germany, Greece, Ireland, Italy, Malta, the Netherlands and Poland---still have blasphemy laws on the books. Greece used its blasphemy law earlier this year to jail a man for mocking a monk on Facebook.

What annoys me about these guidelines is that they address external concerns without adequately acknowledging internal hypocrisies. When internal policies contradict external guidelines, who’s going to take the latter seriously?

Less annoying but worth noting is the guidelines’ reference to Article 20.2 of the International Covenant on Civil and Political Rights, which states:

Any advocacy of national, racial or religious hatred that constitutes incitement to discrimination, hostility or violence shall be prohibited by law.

It’s important to remember that Europe is more restrictive than the U.S. when it comes to speech about religion and other sensitive topics. America’s First Amendment was set in stone long before the atrocities of World War II prompted a flurry of international declarations, covenants, conventions, frameworks, charters, treaties and resolutions limiting “hate speech.”

I’m obviously not saying that we should promote hate speech or allow it to go unchecked, but the free speech enthusiast in me isn’t convinced that legislation is the best way to combat hateful sentiments. Restricting speech that advocates religious hatred and incites hostility doesn't make religious hatred disappear, it just pushes toxic sentiments underground where they can continue to fester and infect future generations beyond the state's reach.

The EU issued separate guidelines on the promotion and protection of freedom of religion or belief last summer, which I plan to discuss in a separate post.